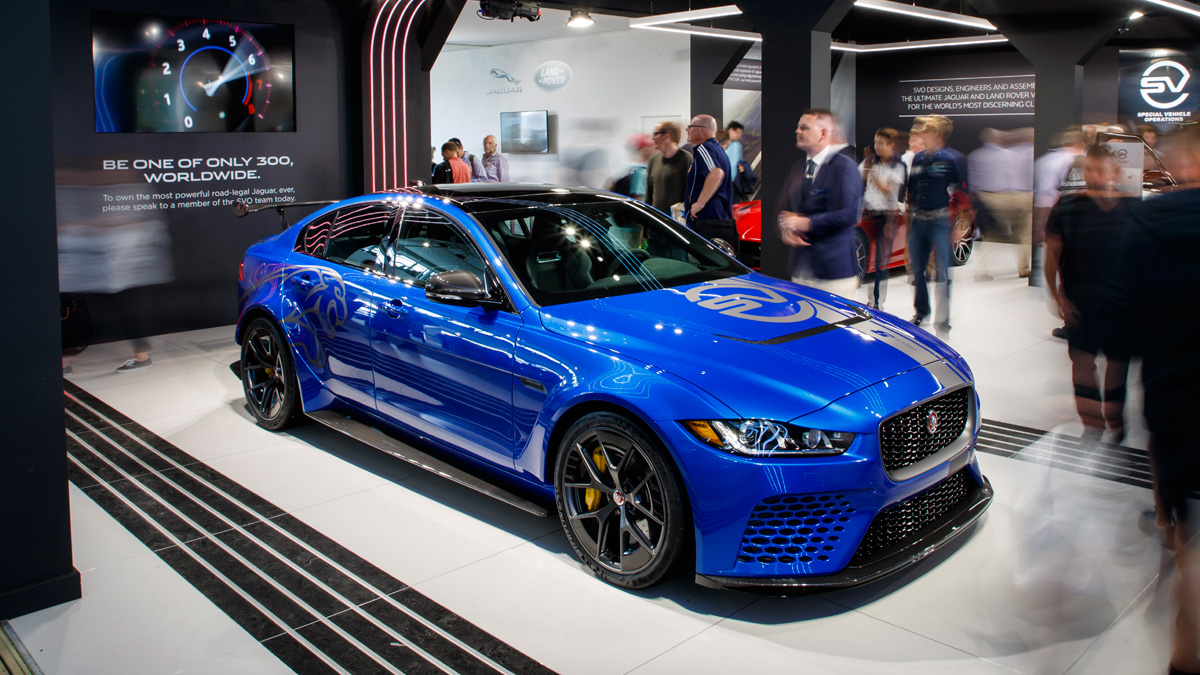 The Jaguar XE SV Project 8 holds the distinction as the world’s fastest four-door sedan of production-intent specification following a record lap of the Nürburgring Nordschleife.

The new record is 11 seconds quicker than the previous time set by a sedan of production-intent specification around the 12.9-mile circuit; putting the 592hp Jaguar ahead of some of the world’s fastest two-door coupes and exotic cars.

You can watch the record-setting run here:

Mark Stanton, SVO Director, said: “The SVO design and engineering team’s mission was to create the most track-focused road-legal Jaguar in history – not only the fastest, but also the most agile. As a result, only the roof and front door skins of the Project 8 body are carried-over unaltered from XE and 75 per cent of its mechanical hardware is new. This astonishing Nürburgring Nordschleife record validates the success of such extensive changes.”

John Edwards, Jaguar Land Rover Special Operations Managing Director, added: “SVO exists to push the boundaries of performance, luxury and all-terrain capability. The hand-assembled XE SV Project 8 takes that principle to the limit, extracting supercar-beating performance from Jaguar’s most compact four-door sedan. The Nürburgring Nordschleife record underlines our commitment to deliver the most extreme Jaguar ever to Project 8 clients, who will soon experience this sensational sedan for themselves.”

The XE SV Project 8 will be available next year, priced from $187,500 in the U.S. Production is limited to 300 vehicles worldwide.

Aaron Kaufman Is Making A Comeback, With An All-New TV Show On Discovery
Tesla’s New Online Trip Planner Makes Range-Anxiety A Thing Of The Past