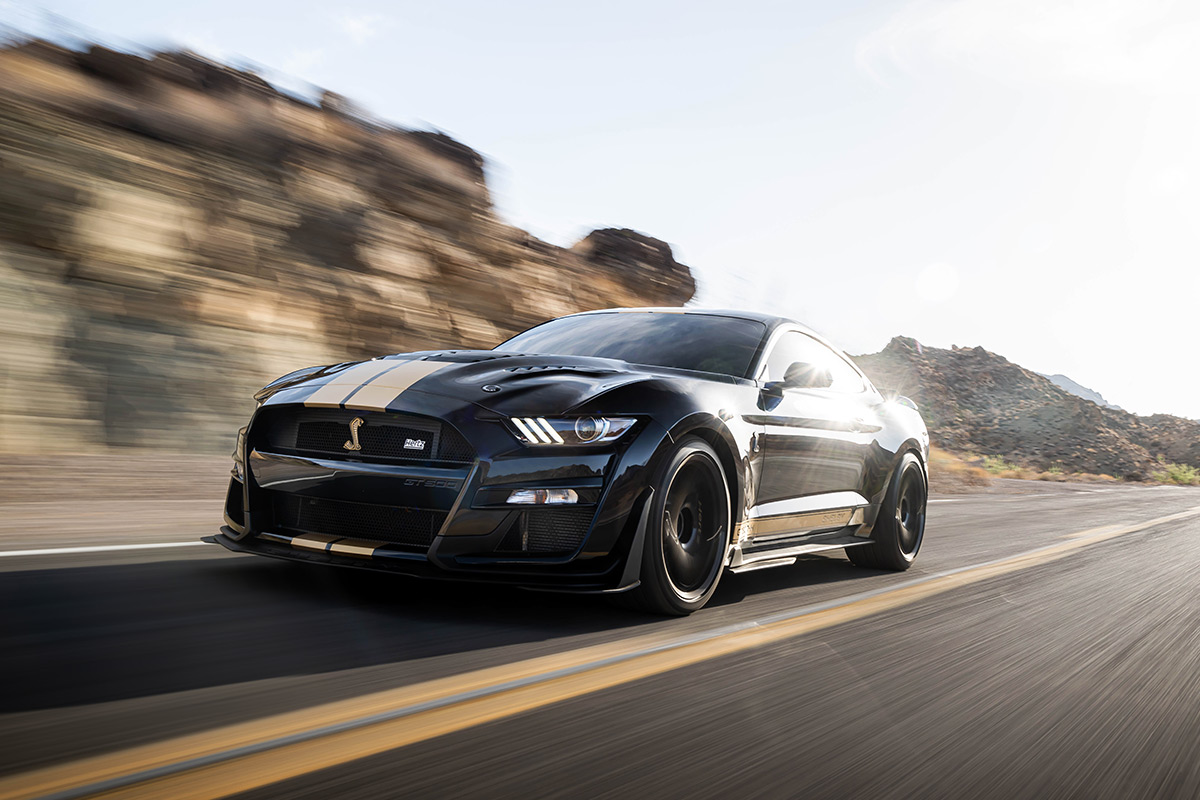 If you’ve ever dreamed of driving a super high-horsepower car on the road, now’s your chance, because Hertz and Shelby American have just announced a three-year partnership that will allow customers to rent from a new collection of high-performance, iconic vehicles, including Mustang Shelby GT500-H fastbacks, modified with 900+ horsepower, and Mustang Shelby GT-H fastbacks and convertibles.

These vehicles pay tribute to the original “Rent-A-Racer,” the legendary 1966 Shelby GT350-H, and builds on Hertz’s legacy to give customers the unique opportunity to drive elite, high-performance vehicles they can’t access anywhere else.

“Shelby American and Ford Motor Company changed the perception of American sports cars, starting with the Shelby Cobra in 1962,” said Joe Conway, CEO of Shelby American. “Shelby later teamed with Hertz to create the 1966 Shelby GT350-H, which immediately became one of the most exciting rental cars in the world. Together, we made history again with both a reborn Shelby-GT in 2006, 2007 and in 2016. Now we’re going even further with the first Mustang Shelby GT500-H, which is the most powerful rental car that Shelby has ever built.”

Come June, customers across the country will be able to rent one of these legendary cars for their own unique driving experience. The Mustang Shelby GT500-H will be available in Fort Myers, Las Vegas, Miami, Orlando, Phoenix and Tampa. The Mustang Shelby GT-H convertibles and fastbacks will be available in Atlanta, Dallas, Fort Lauderdale, Fort Myers, Las Vegas, Los Angeles, Miami, Orlando, Phoenix, San Diego, San Francisco and Tampa.

Each of the 2022 Shelby Mustang Hertz models will be instantly recognizable with unique styling enhancements that celebrate a rich performance heritage. Nineteen of the Shelby GT500-H fastbacks will wear shadow black exterior paint and six, to honor Shelby American’s 60th anniversary, will be clad in oxford white. The Shelby GT-H fastbacks and convertibles will be available in rapid red metallic, oxford white, carbonized gray and shadow black exterior paint. All will be set off with gold “Le Mans” dual racing stripes and set of special rocker stripes, along with Hertz Edition and Shelby 60th anniversary emblems. Inside, Shelby and Hertz logos are on the seats, sill plates and floor mats; a numbered badge will be on the dash and under the hood. The supercharger on the Shelby GT500-H is gold hued for Hertz’s livery.

As with previous models, the 2022 Ford Shelby GT-H will include a Borla cat-back performance exhaust for the 5.0L V8. Both convertibles and fastbacks will have staggered wheel kit. The Shelby GT-H rides on 20-inch aluminum wheels wearing all weather Michelin tires and is also fitted with a unique Shelby-designed deep-draw hood, upper grille, fascia winglets and taillight panel.

Shelby American will complete the cars at its assembly facility in Las Vegas and document them in the official Shelby American Registry. With production limited and exclusively destined for Hertz rental fleets across the country, the special-edition cars will give Hertz customers a truly exclusive driving experience.

We’re told that the average daily rate for the GT500-H will be $399/day, and that includes 75 miles of use, with additional miles at 99-cents each. Sounds like it’s worth every penny of that. Having driven a stock Shelby GT500, I can tell you that it’s amazing, and having the chance to drive one with an extra 140 horsepower should be that much sweeter!

To learn more about the new Shelby and Hertz program, visit www.hertz.com/ShelbyGTH. 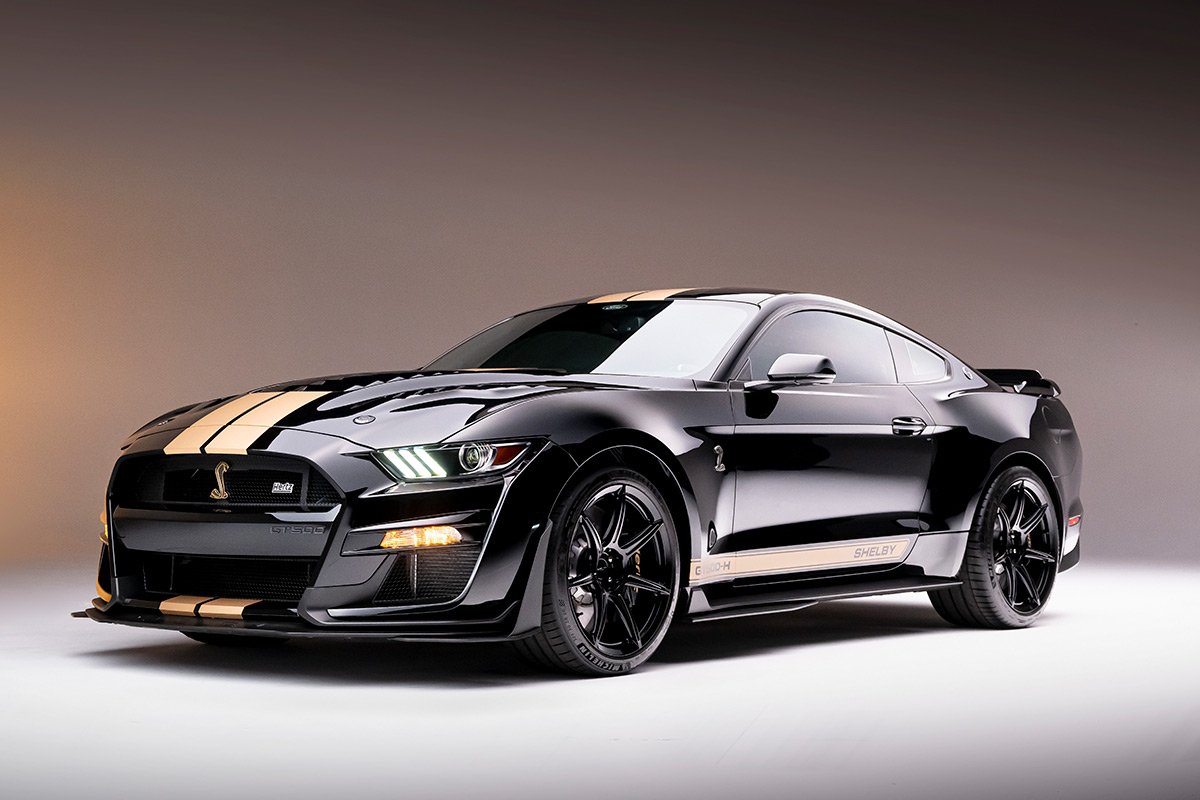 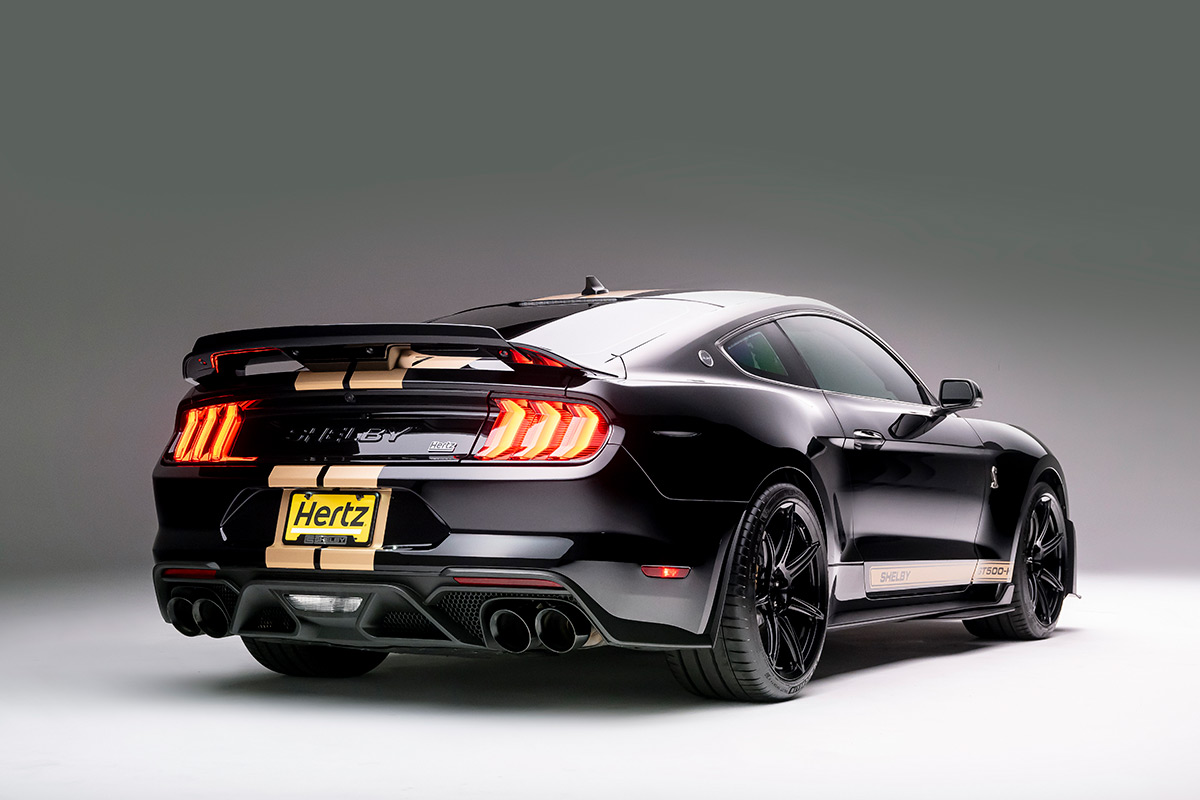 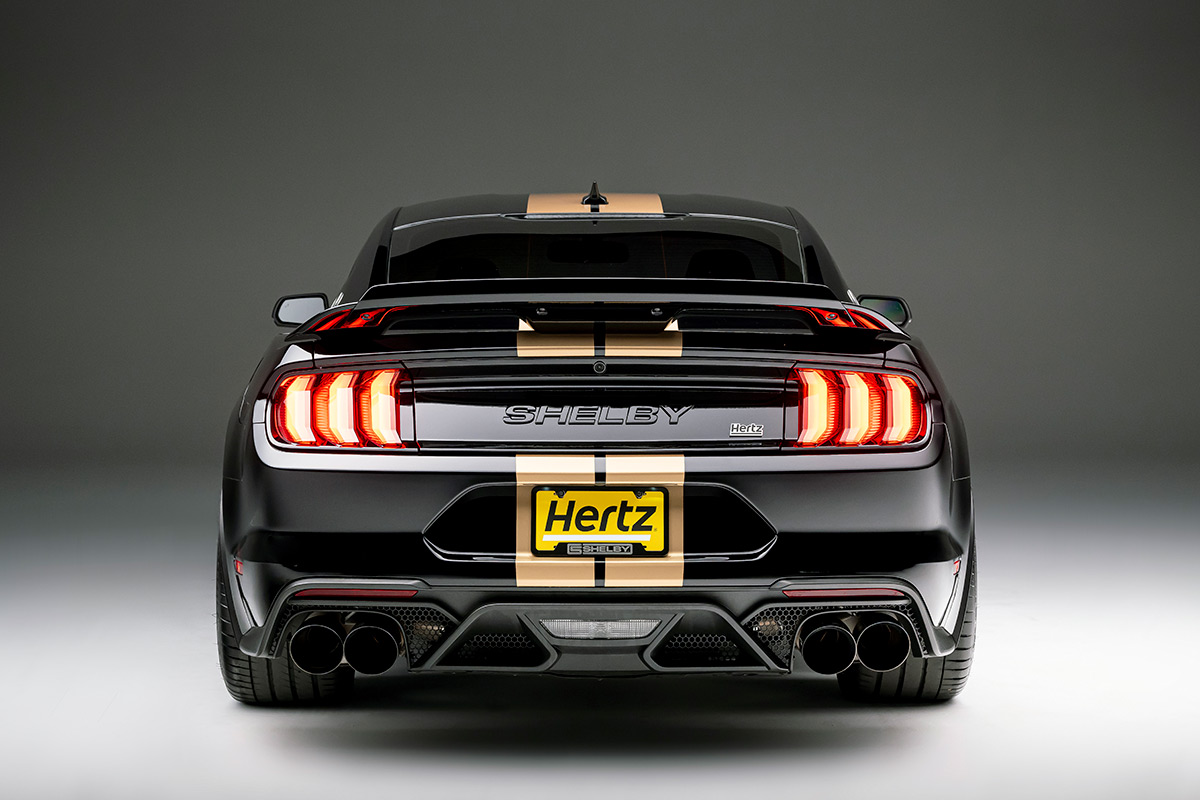 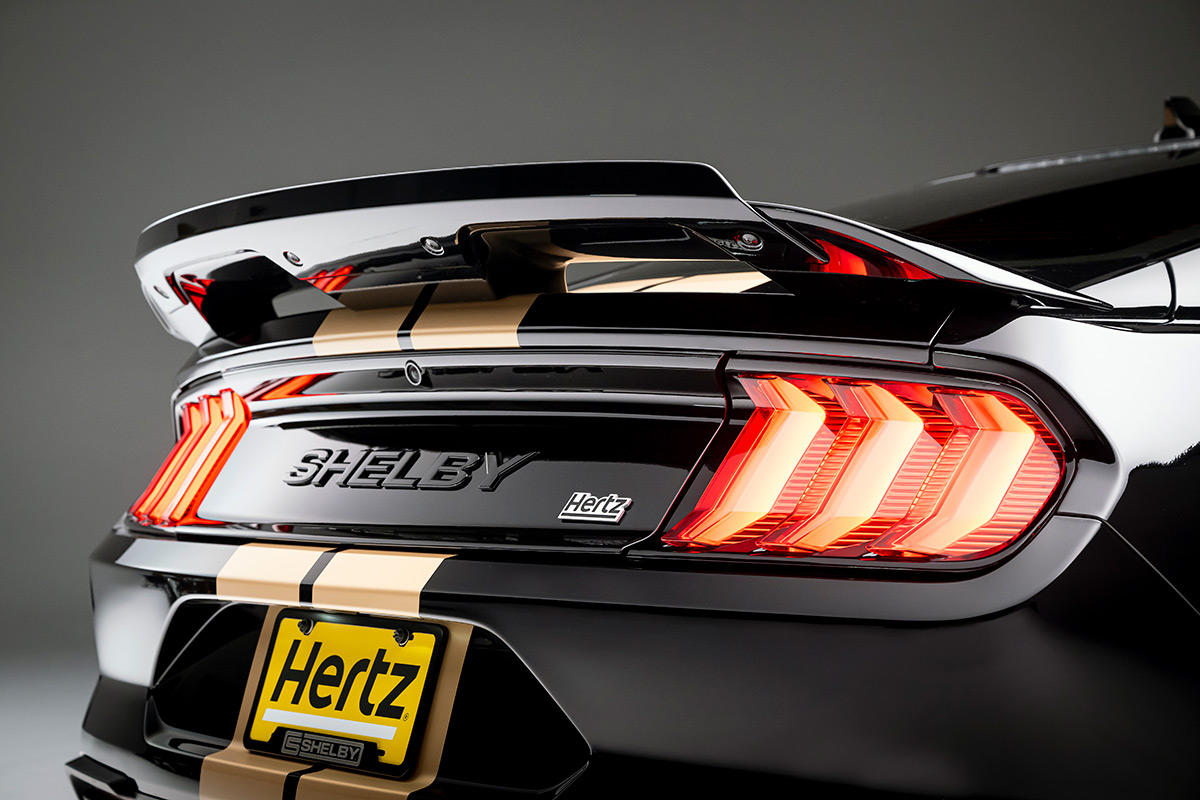 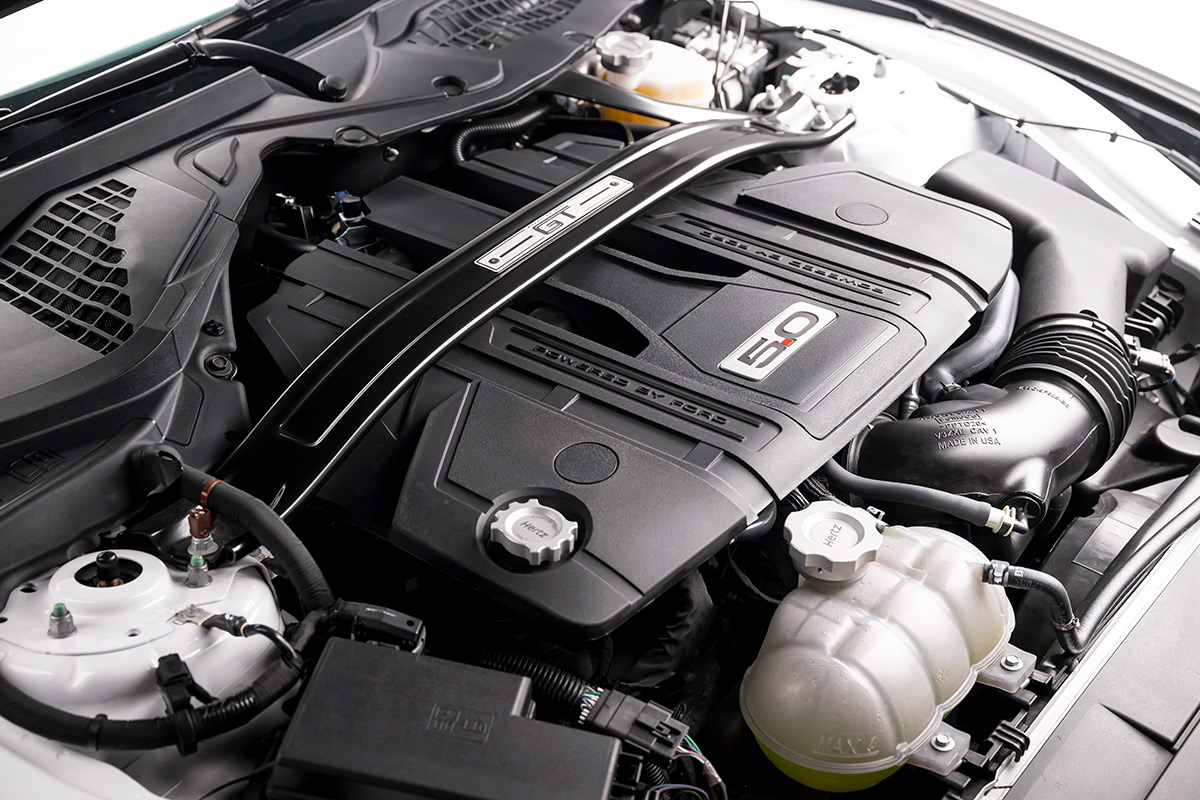