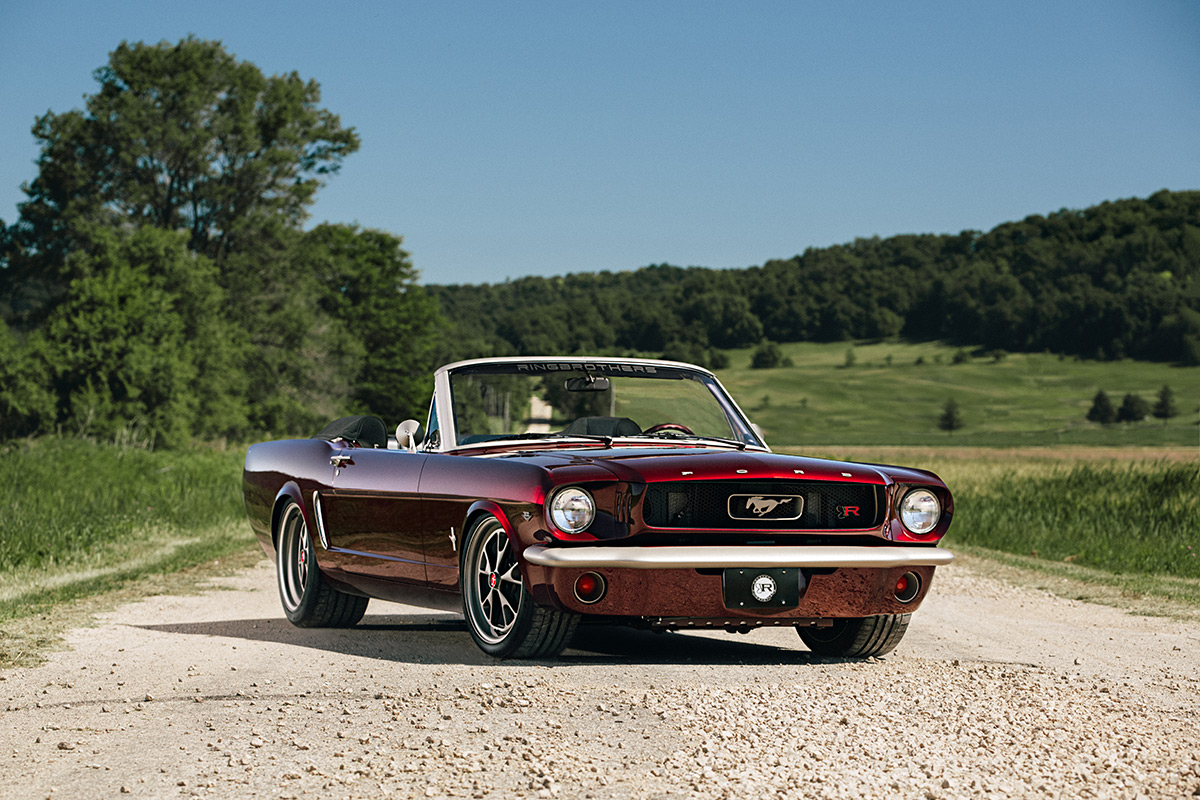 The design objective of this build was to subtly evolve and modernize the Mustang’s lines and proportions while honoring the aesthetic of Ford’s original pony car. The result is a modern appeal and unbridled performance mating the design of a 20th-century icon with the technology of the 21st. 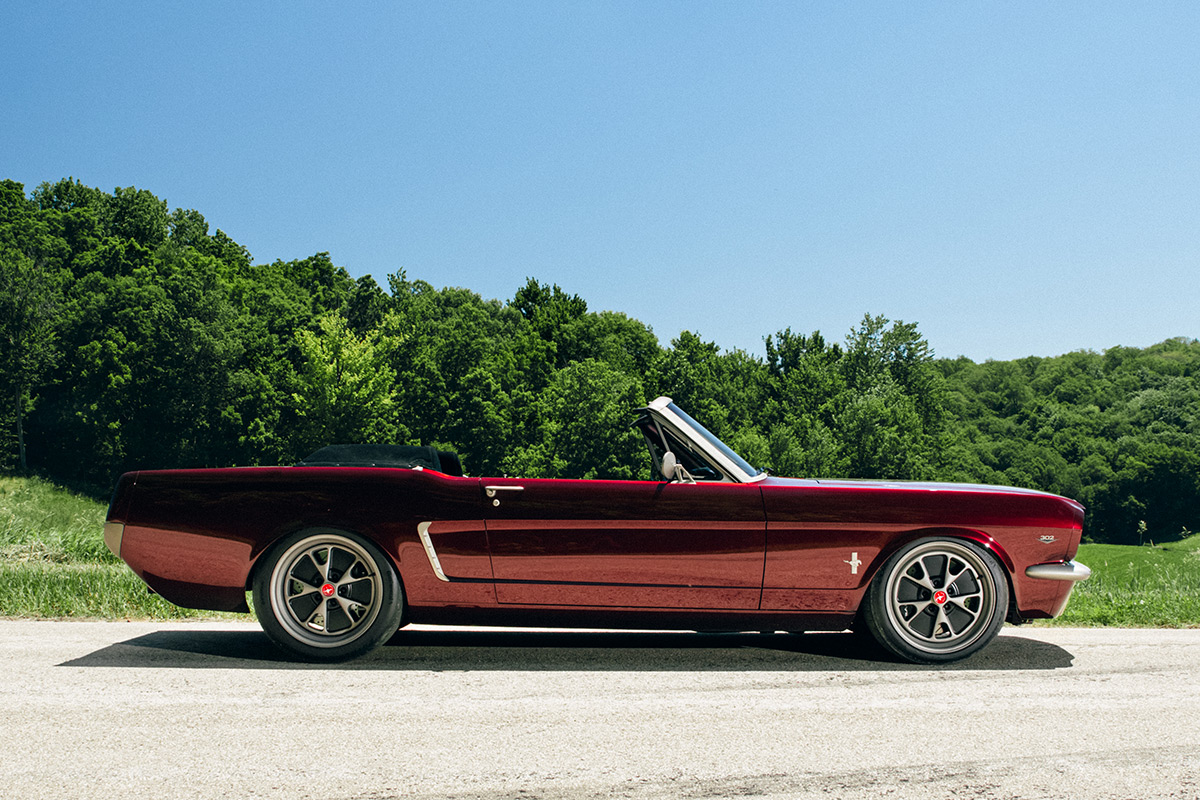 Born from an original 1964.5 Mustang convertible, nearly every component on this car is a Ringbrothers-built one-off piece, with the only factory Mustang parts being the center caps for the wheels. The Ringbrothers team conducted extensive metalwork converting the Roadster Shop FAST TRACK chassis back into a unibody, as well as widening and lengthening the bodywork by one inch. The BASF Glasurit “Burgundy Brave” finish was then applied, and all the chrome and stainless-steel trim was treated with Cerakote Titanium C-105P.

“The client was highly involved in the process and adamant on maintaining a subtle, stock-like appearance,” said Ringbrothers co-owner Mike Ring. “Everything was cued off the Mustang’s original design, but we sharpened the lines and added a number of 3D-printed details to make it truly unique.” 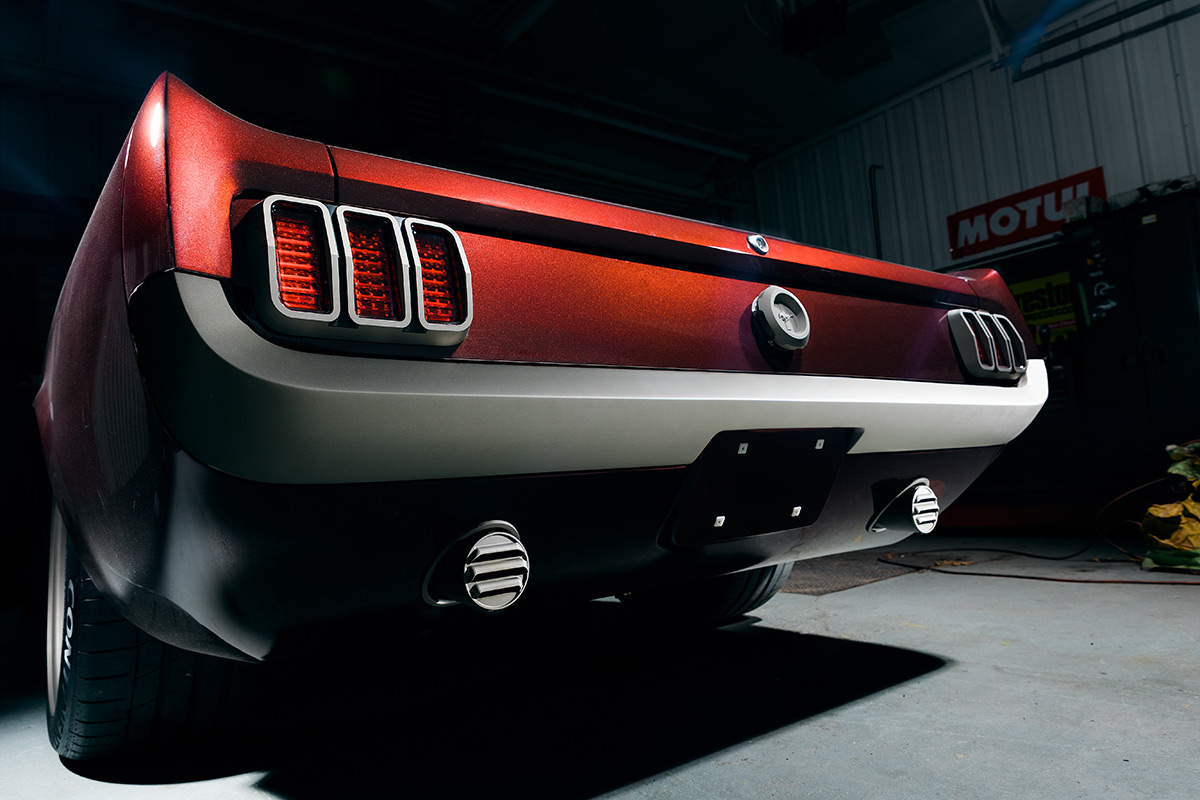 “Every piece of this car has been touched and updated with the original design cues in mind, down to the iconic Mustang taillight bezels, gas cap and running horse emblems,” added Ringbrothers co-founder Jim Ring. “There’s a lot of nuances that went into the design, and we’re proud of that aspect of the build. Only the expert eye will be able to discern the subtly of the differences.”

The redesigned front grille is set back two inches and feeds air into a Ford Performance 5.0-liter Coyote V8 crate engine. The Coyote sings its tune thanks to custom-built headers by Ringbrothers and a Flowmaster exhaust system. Drive routes through Ford’s 10R80 10-speed automatic transmission. The Mustang grips the tarmac thanks to a set of Continental tires wrapped around one-off 18-inch EVOD Industries wheels mirroring the style of the Mustang’s iconic Rally wheels. 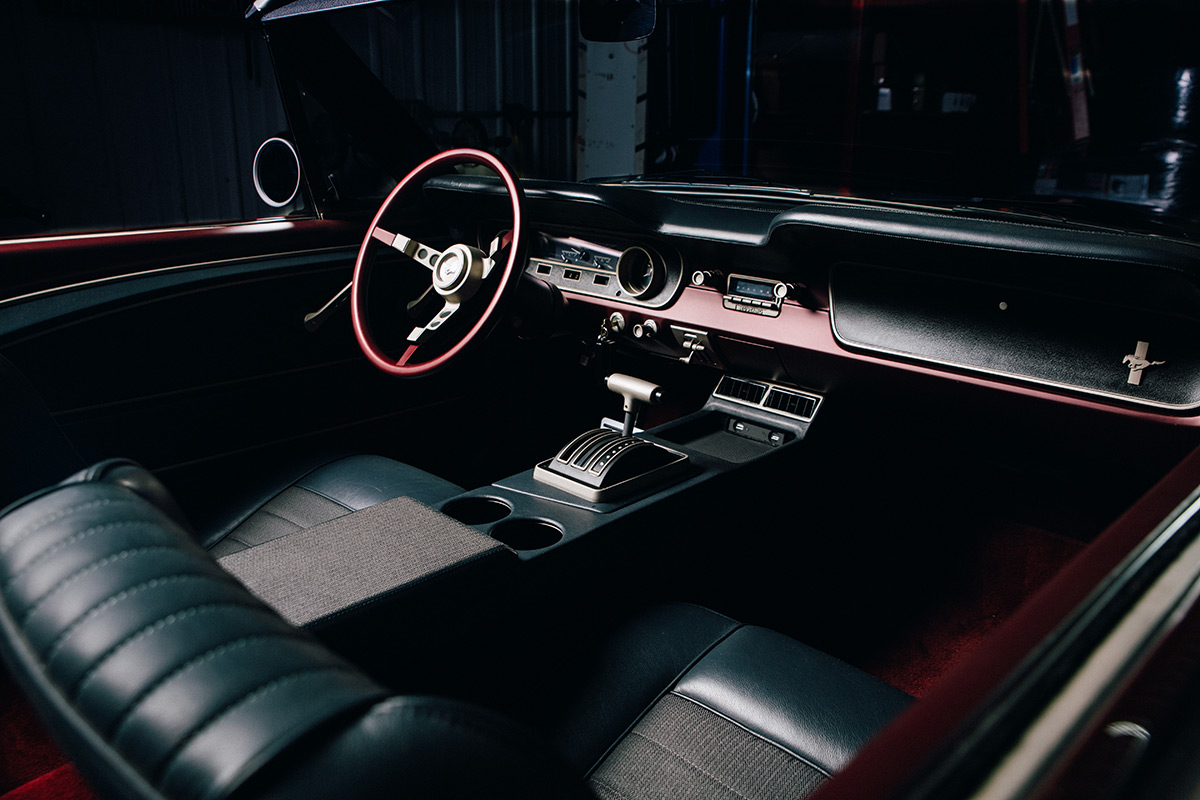 Having driven a stock 1964.5 Mustang GT a few years ago (and walking away incredibly disappointed by it, as it doesn’t hold up by today’s standards), I can only imagine what this bad boy must be like out on the streets. It sounds like Ringbrothers really pulled out all the stops, and the owner will have one amazing ride to cruise around in! 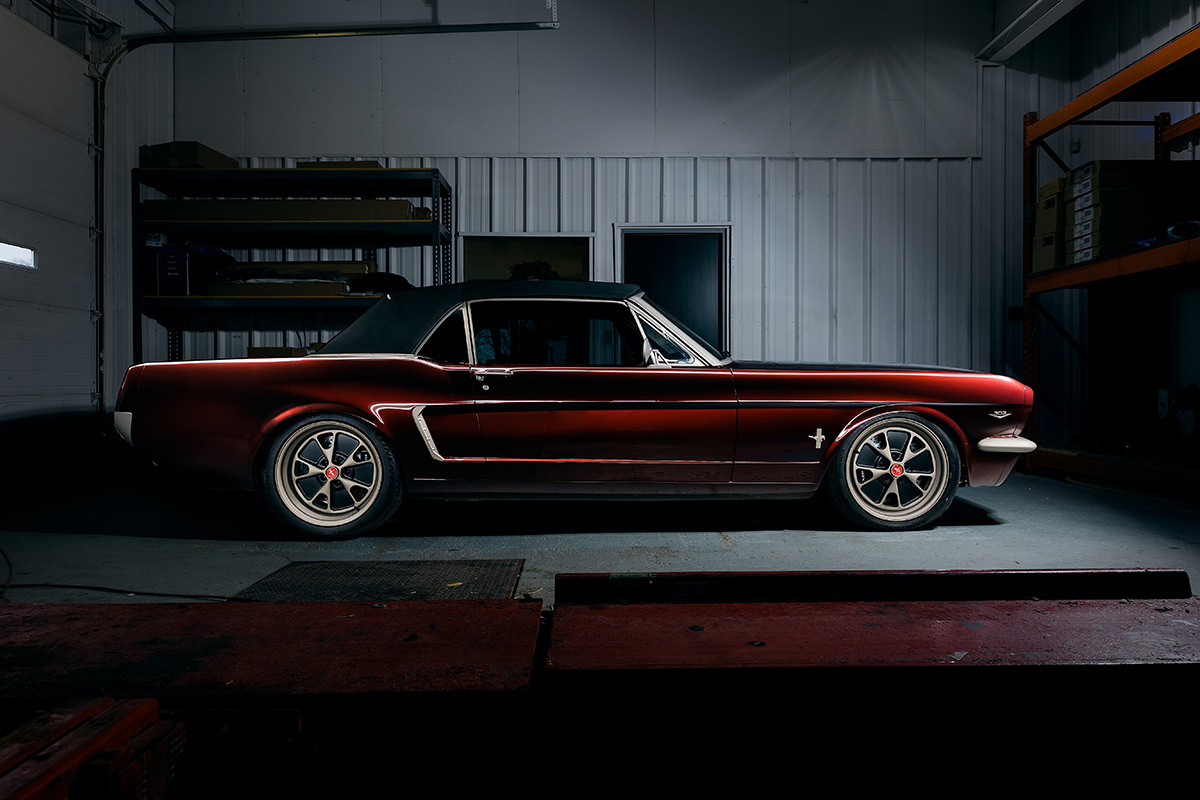 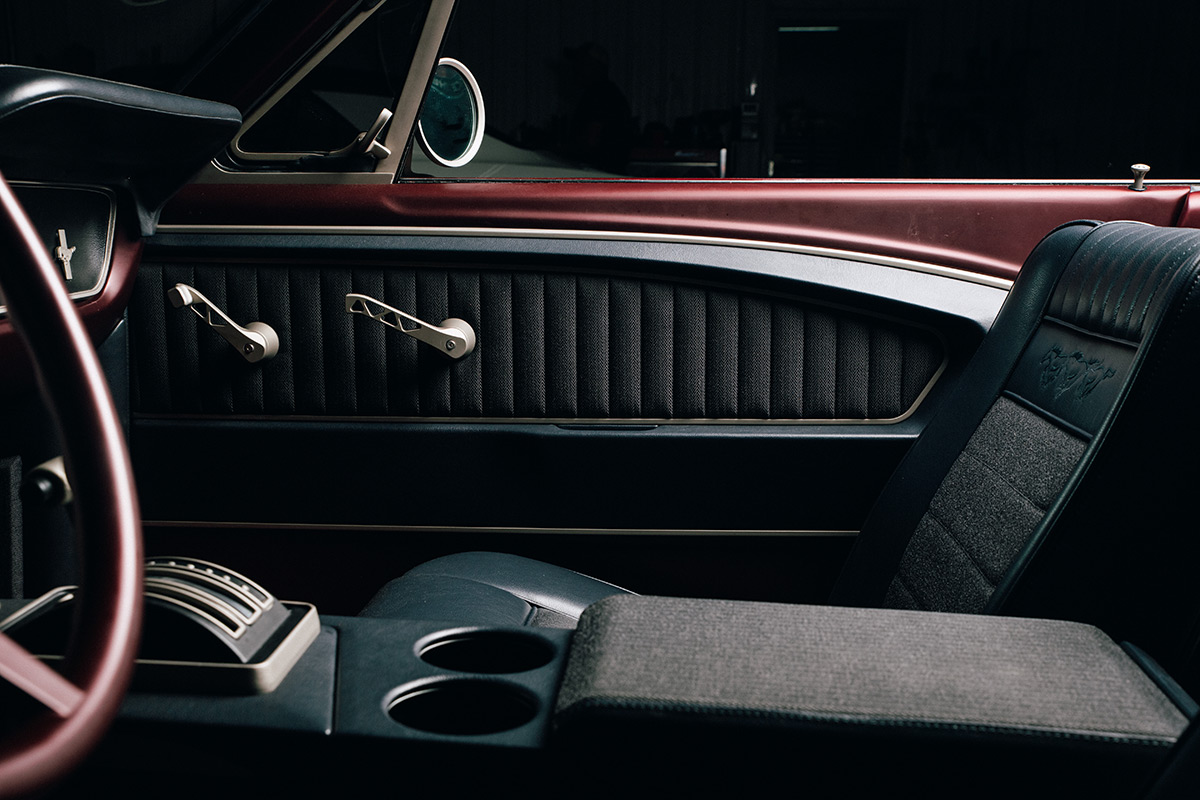 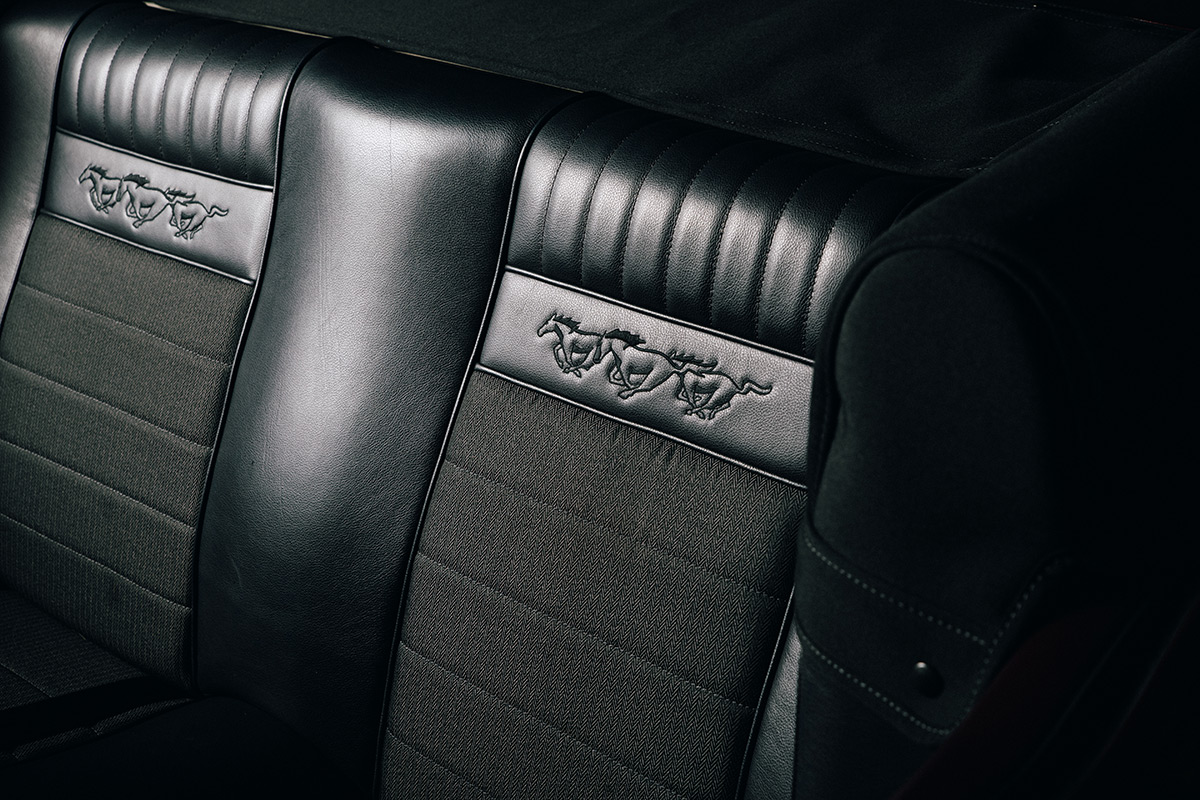 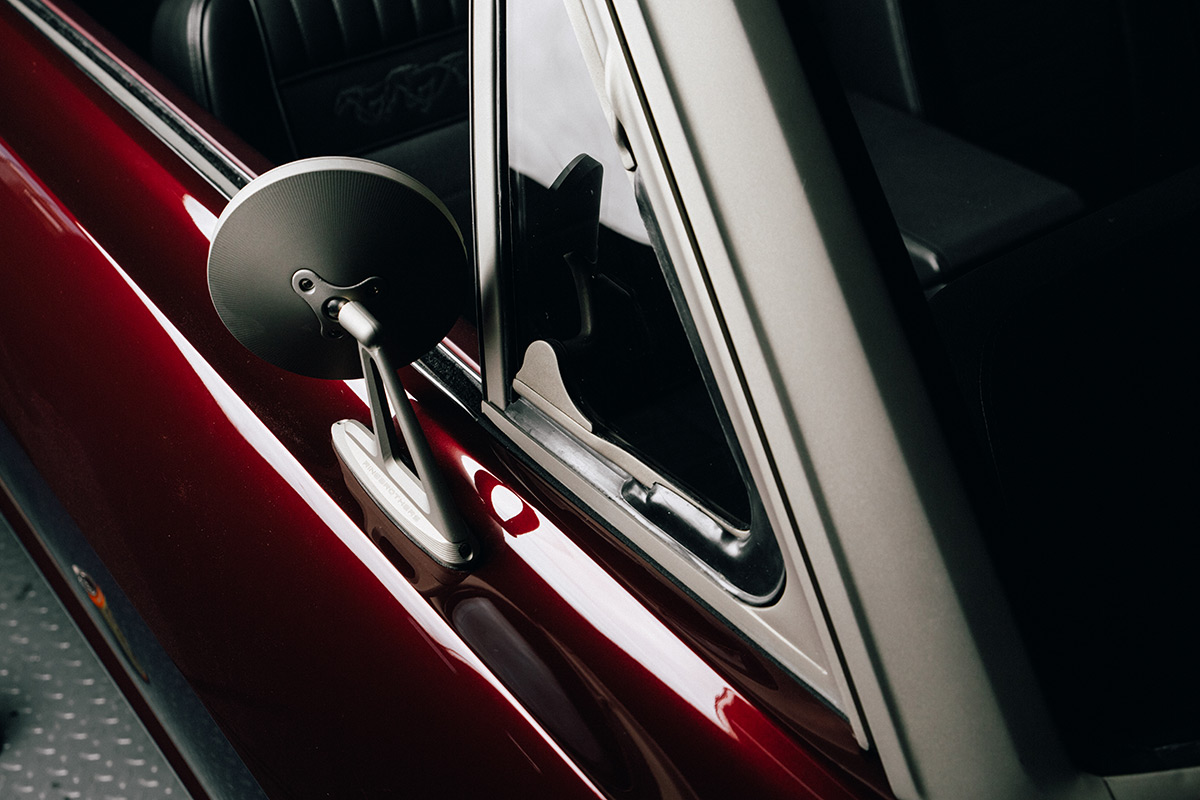 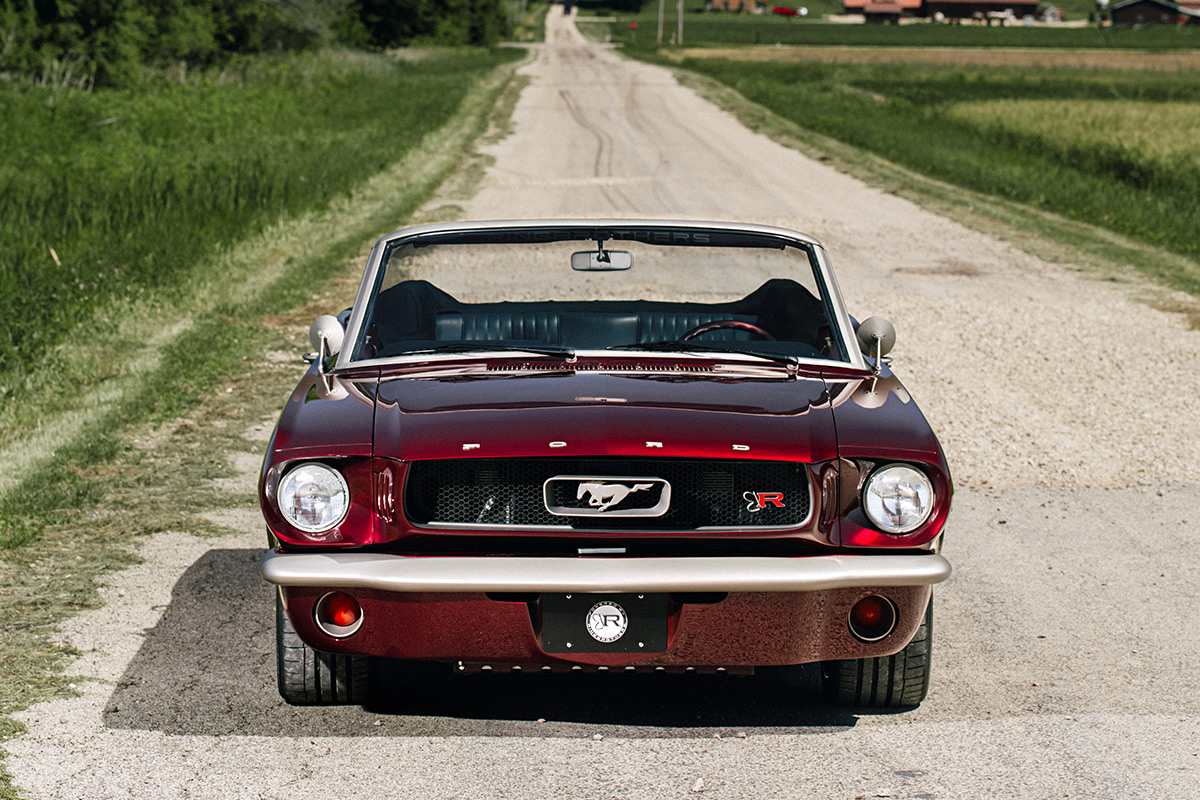 What do you think of the Ringbrothers “CAGED” 1964.5 Mustang Convertible?