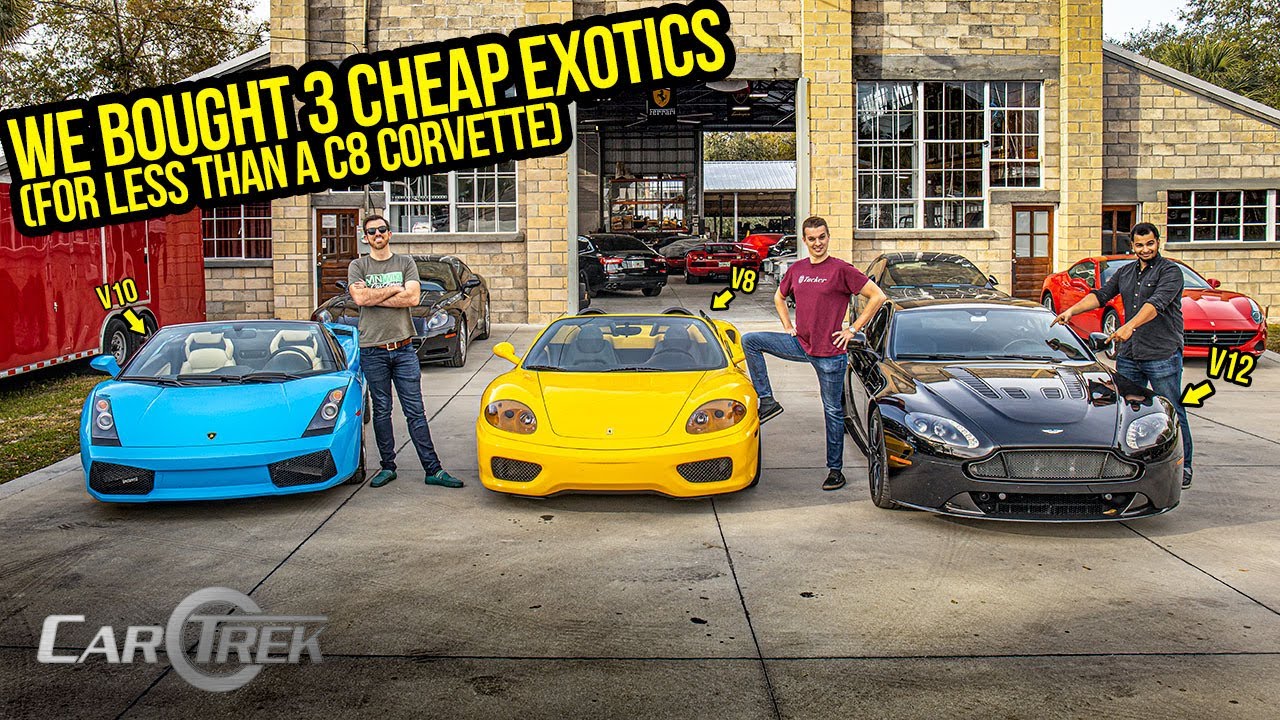 Three weeks ago, YouTubers Tavarish, Ed Bolian, and Tyler Hoover took to social media to promote their new YouTube series Car Trek, a low-rent Top Gear knock-off that I tuned into because I was bored, having already binged everything in my Netflix queue thanks to being quarantined for weeks on end.

After the first episode, I was left with mixed feelings, so I told my buddy and fellow car enthusiast to check it out. His verdict was much the same. This sucks.

While I enjoy Tavarish and Hoovie in their own element, this whole premise just felt really forced. And these guys are terrible actors. Ironically, the same YouTube fans that talked shit about Top Gear USA were jizzing all over themselves about this, mainly because they “know” the people in the show. And by know, I mean they subscribe to their channels.

On the flip side, I actually know Freddy (Tavarish), and that’s one of the reasons I tuned in. But I felt like the whole premise (“What cheap exotic can you buy for less than the price of the new C8 Corvette?”) was flawed from the get-go.

Would you much rather have a brand new, warrantied C8 Corvette, or a flood-damaged Lambo that is almost guaranteed to leave you stranded? Or how about a nearly 20-year old Ferrari 360 with a hole in the convertible top and a slipping clutch, one that’s sure to leave you bankrupt after a few months. 🤦‍♂️

Sure, these guys are friends and that much comes through in the show, but I wish that they’d come up with their own idea for a series (and maybe something more relatable to normal people, since most of us can’t drop $60-70K on a car), rather than try to (poorly) imitate the most watched automotive show on TV.

Here’s hoping that if there is another season, they try to do something original and more interesting, as Top Gear, The Grand Tour, and the likes have been done too many times before. How about building a Gambler 500 or 24 Hours of LEMONS car and then showing them in action head-to-head? Now I’d watch that.. 😀

If you watched Car Trek, let us know what you thought of it in the comments section!