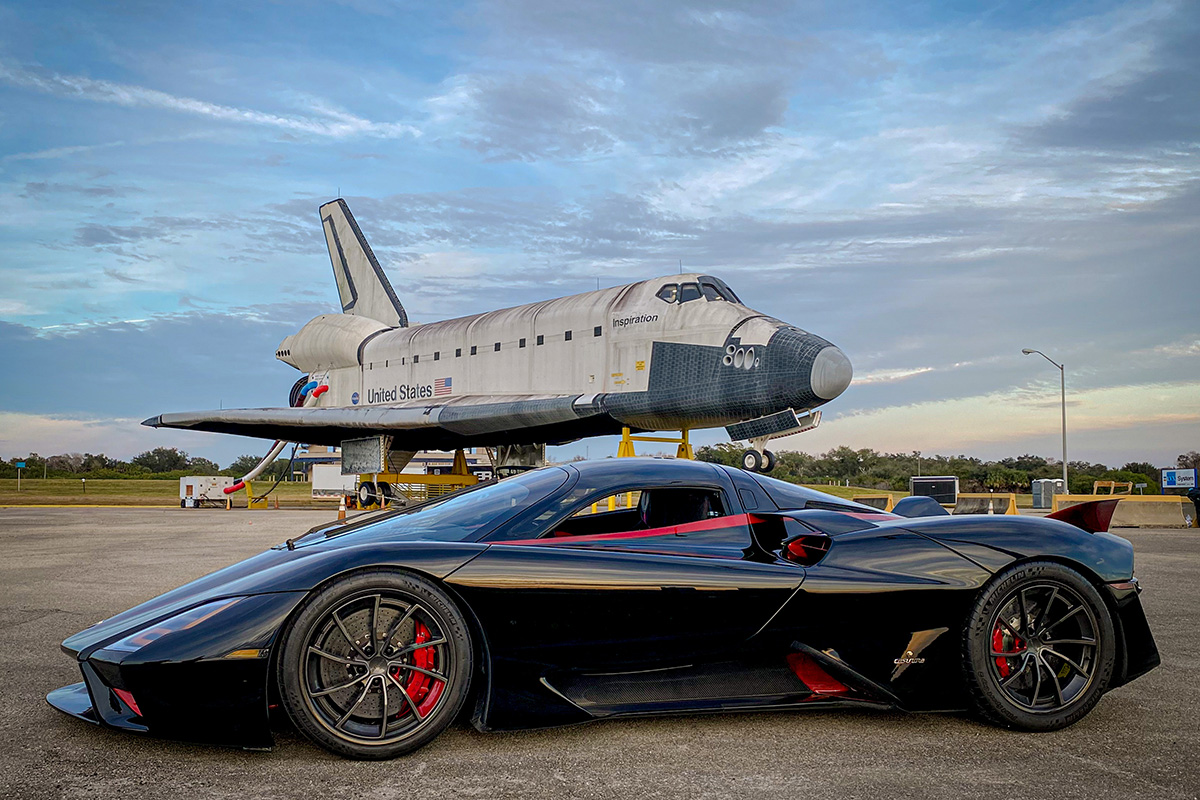 Back in October, the 1750-horsepower SSC Tuatara hypercar set a 331 MPH top speed record in Nevada, only for the accuracy of those runs to be called into question days later due to some inconsistencies in the video and monitoring tools. With too many questions and not enough answers, it was a PR nightmare.

Not wanting their record to be marred by controversy, SSC decided to attempt the world record a second time.. only to be plagued with mechanic problems that caused them to abandoned their top speed run. But finally, the stars aligned for them and they were able to lock down the title on their third attempt.

On January 17th, the SSC Tuatara attempted another high speed run at Johnny Bohmer Proving Grounds at the Kennedy Space Center in Merritt, Florida, with the car’s owner Larry Caplin behind the wheel. And as you can see in the video below, they did indeed beat the Koenigsegg Agera RS‘s record, though only by a few miles per hour.

The official results from the runs were 279.7 mph on its northbound run and 286.1 mph on its southbound run, with both runs completed within an hour of each other, giving us an average of 282.9 mph, beating the good enough to break the prior 277.87 mph record and the prior single-run record of 285 mph.

Speed and time data was collected with a Racelogic VBOX 3i 100Hz GNSS system, and Racelogic was there to certify the results. In addition, Jerod Shelby, founder and owner of SSC North America, said that they had redundant systems to confirm the times without a shadow of a doubt.

“We had Racelogic there with their VBOX equipment, we had Life Racing, we had Garmin, and we had IMRA, which is the International Mile Racing [Association],” Shelby said. “We used equipment from all four groups and had staff there from three of those groups.” 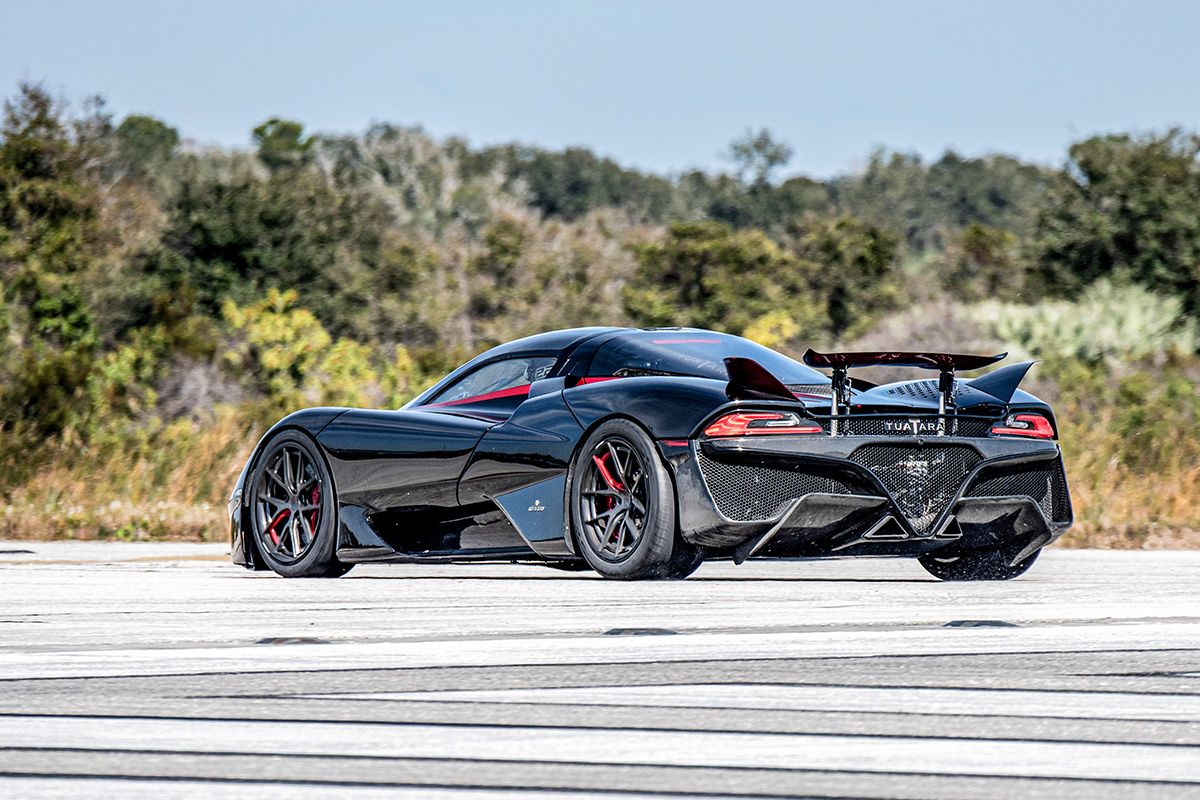 While it would have been great to see the SSC Tuatara break into the 300 mph range like before and put an end to the nay-sayers, they had some limitations that they had to deal with doing this top speed run in Florida versus Nevada.

“We had only 2.3 miles for the acceleration zone,” Shelby said of the NASA runway, while the paved public road in the Nevada desert gave them 6-7 miles. “And we only have 0.7 mile to slow down. So, when you’re at 287 mph, you really have to be on the brakes at the braking zone,” lest you run out of runway.”

Shelby said they also limited the top-end power of the car, given that Caplin didn’t have much seat time in any car above 200 mph. So the Tuatara was down about 300 HP. They also changed the car’s gearing to accommodate the limited acceleration distance, going with a lower gearbox ratio setup.

“Really, all this is just a progress report on the status of our top-speed testing,” Shelby said, “and we’re still on that journey. We’re still moving forward; we’re going to be doing further runs in the future.” And he believes his car can surpass the 300-mph barrier. “The question is whether we can break 300 in 2.3 miles,” he said.