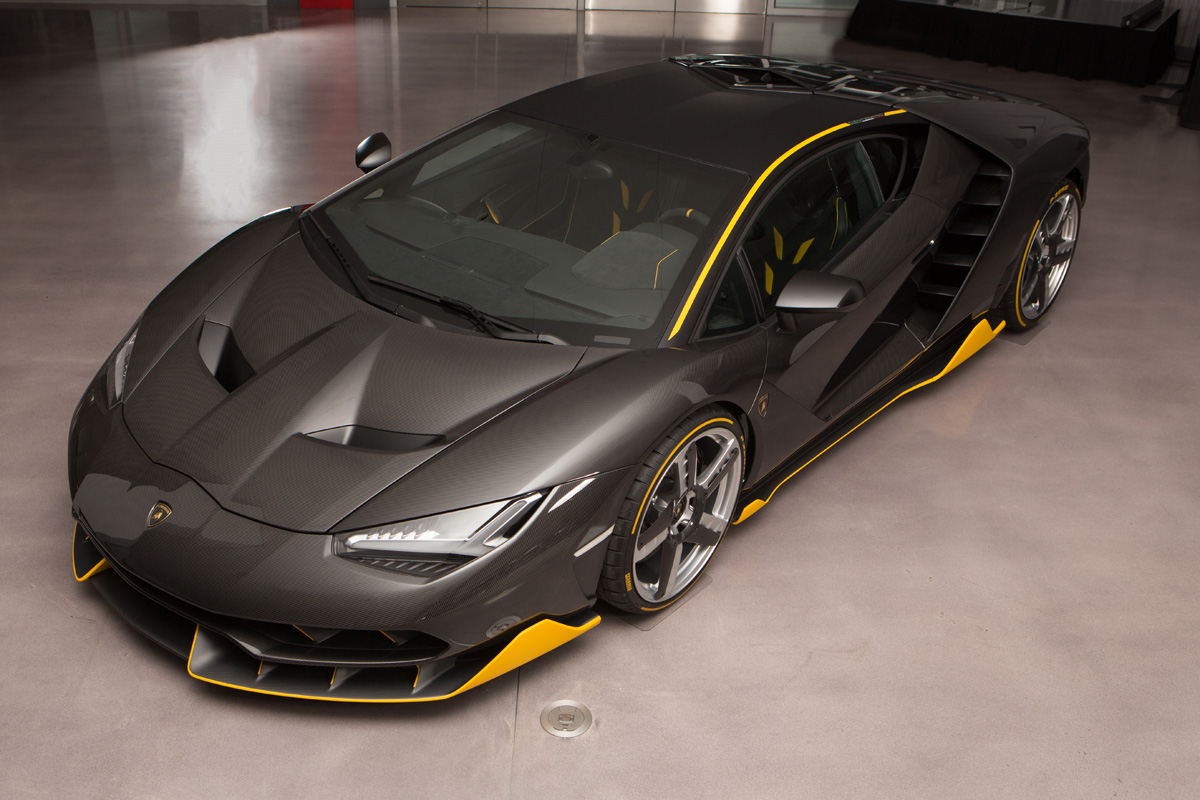 Automobili Lamborghini and a group of VIP clients gathered at the Petersen Automotive Museum last week for a private viewing of the Lamborghini Centenario, the company’s newest one-off supercar. The evening’s event marked the first time that the Centenario was on display to U.S. clients since its debut at the 2016 Geneva Motor Show. The Petersen Automotive Museum provided the perfect backdrop to highlight Lamborghini’s iconic heritage with an exciting nod to its fast tracking future.

“This car is the ultimate expression of Automobili Lamborghini,” said Alessandro Farmeschi, Automobili Lamborghini America Chief Operating Officer. “The Centenario marks what would have been the 100th birthday of Ferruccio Lamborghini and is a fitting tribute to our company’s founder. Its cutting design showcases the latest technologies that give our super sports cars such a competitive edge.”

The Centenario features an all-carbon-fiber body available in either an exposed or painted finish showcasing the perfect attention to detail Lamborghinis are known for. With its body panels exposed, the beauty of Lamborghini’s carbon fiber mastery is undeniable. Each intersection of the woven material catches light at a slightly different angle, setting the car off with an incredible degree of visual depth. 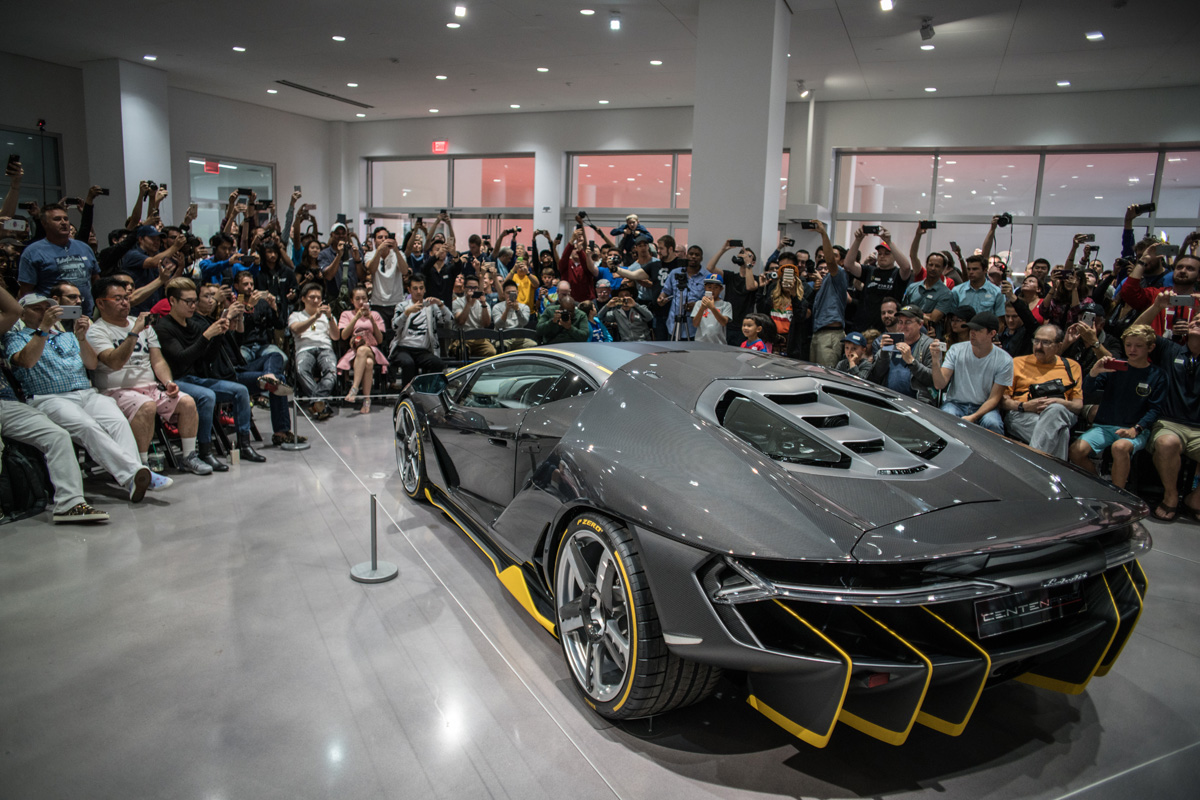 Over the course of its production, a total of 20 coupes and 20 roadsters will be delivered to clients. In addition to breaking new ground in body styling and material composition for the brand, this car is also the first Lamborghini to use all-wheel steering to enhance agility at low speeds and offer improved stability at high speeds. The rear wheels are able to turn in the opposite direction of the front axle to create a virtual reduction in the wheelbase or to rotate with the front wheels for the opposite effect.

Future Centenario owners may choose from a long list of customization options for the car that will allow each unit to be totally personalized, but a touch screen with connected capability is one feature that will come with every model regardless of equipment specification. For the first time ever, the touch screen mounted in the center console brings Internet connectivity to the world of Lamborghini.

Aerodynamics were an essential consideration in the development of the Centenario. During that process, Lamborghini’s engineers chose to use an adjustable rear wing that actively adapts to vehicle speed in order to provide optimal downforce as conditions demand. Aerodynamic inlets made of several fins characterize both the front and rear of the car as part of a design reminiscent of sports cars sold in the 1970s. Like every other piece of the car’s design, those inlets also enhance vehicle performance by contributing to aerodynamic downforce, improving airflow to the rear radiators and delivering optimized cooling. 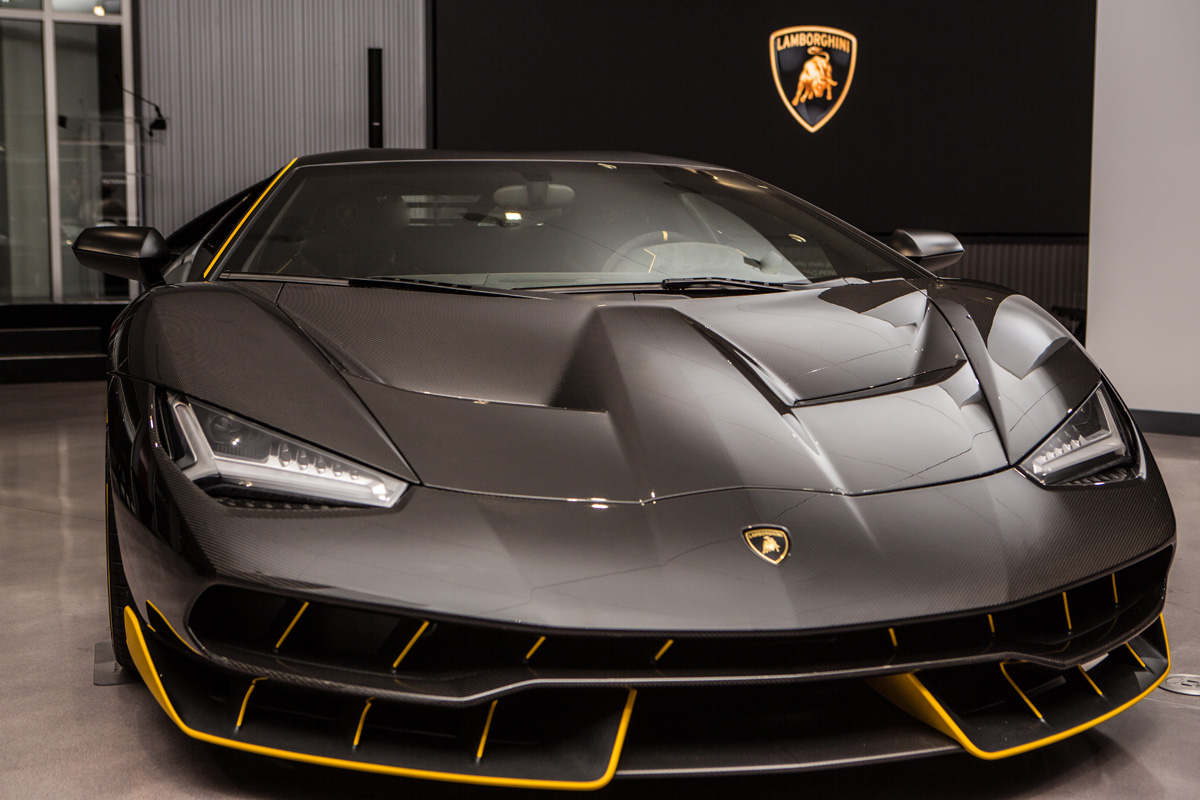 Purity of design is a Lamborghini hallmark that harkens back to some of its earliest designs. This year, the brand celebrates the 50th anniversary of Miura, which is largely credited as the world’s first mid-engine supercar and arguably one of the most beautiful automobiles in history. As a result, many of the notable design cues including the large side air intakes sitting behind the doors on the Centenario are a direct reflection of its predecessor.

The Centenario takes performance to a new level. Its dry weight is only 3,351 lbs, yet it houses the most powerful engine in Lamborghini history. The 6.5-liter naturally aspirated V12 creates 770 horsepower capable of propelling the car from 0-60 mph in only 2.7 seconds toward a top speed in excess of 217 mph.

Further adding to the car’s performance credentials, it is also fitted with Lamborghini’s dynamic steering system to offer an especially quick turn-in feel to the driver while maintaining a sense of control. That tight sense of handling capability is also due to the car’s standard magneto rheological damping system that can react to changing road conditions in an instant. 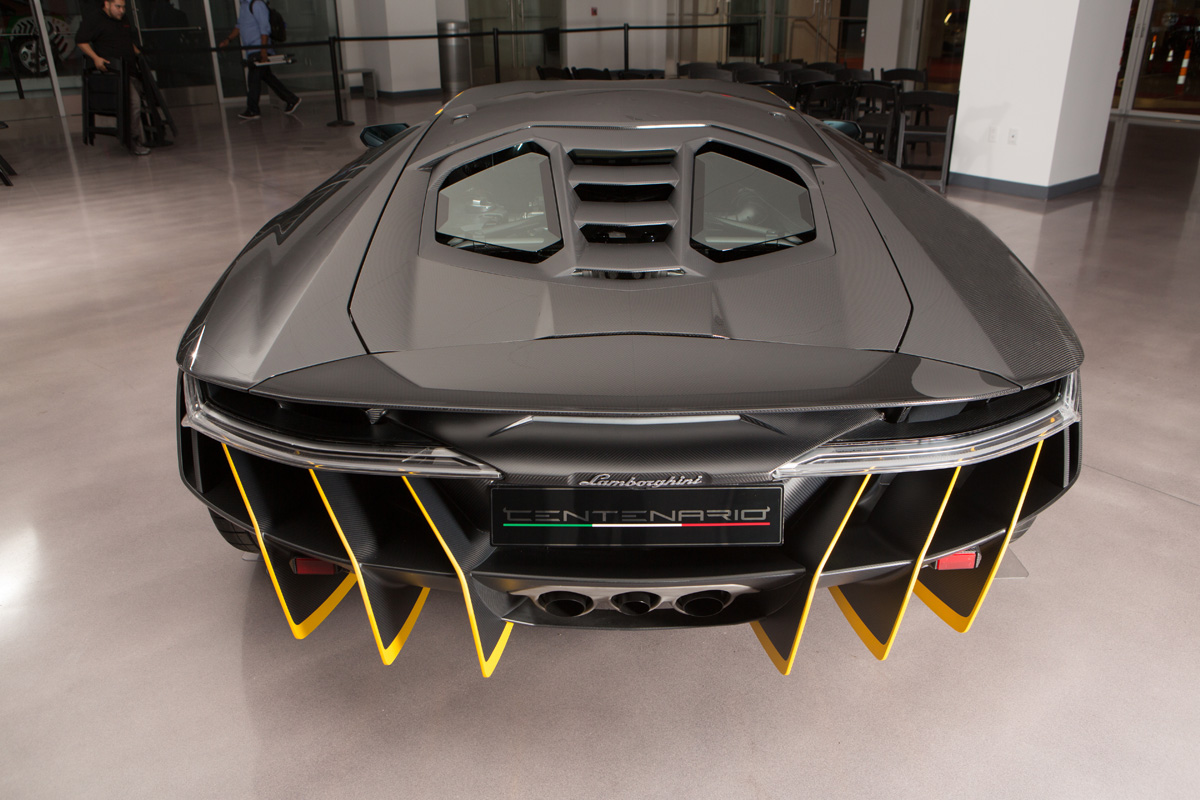 If you’re hoping to get your hands on a Centenario, you’re too late, as they’ve all been spoken for already. 🙁

Make Your 2017 Porsche 911 Even Faster With This New TechArt Powerkit
Nissan Announces Pricing For 2017 370Z Coupe, NISMO and Roadster