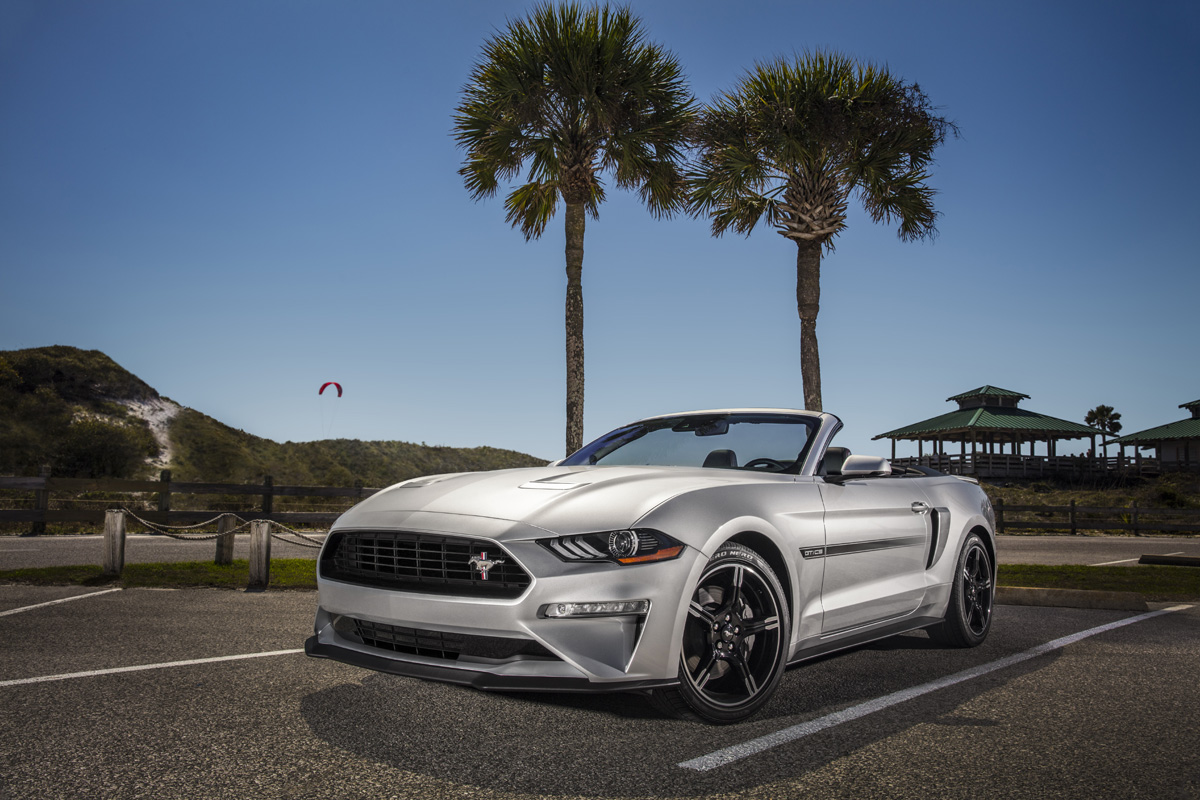 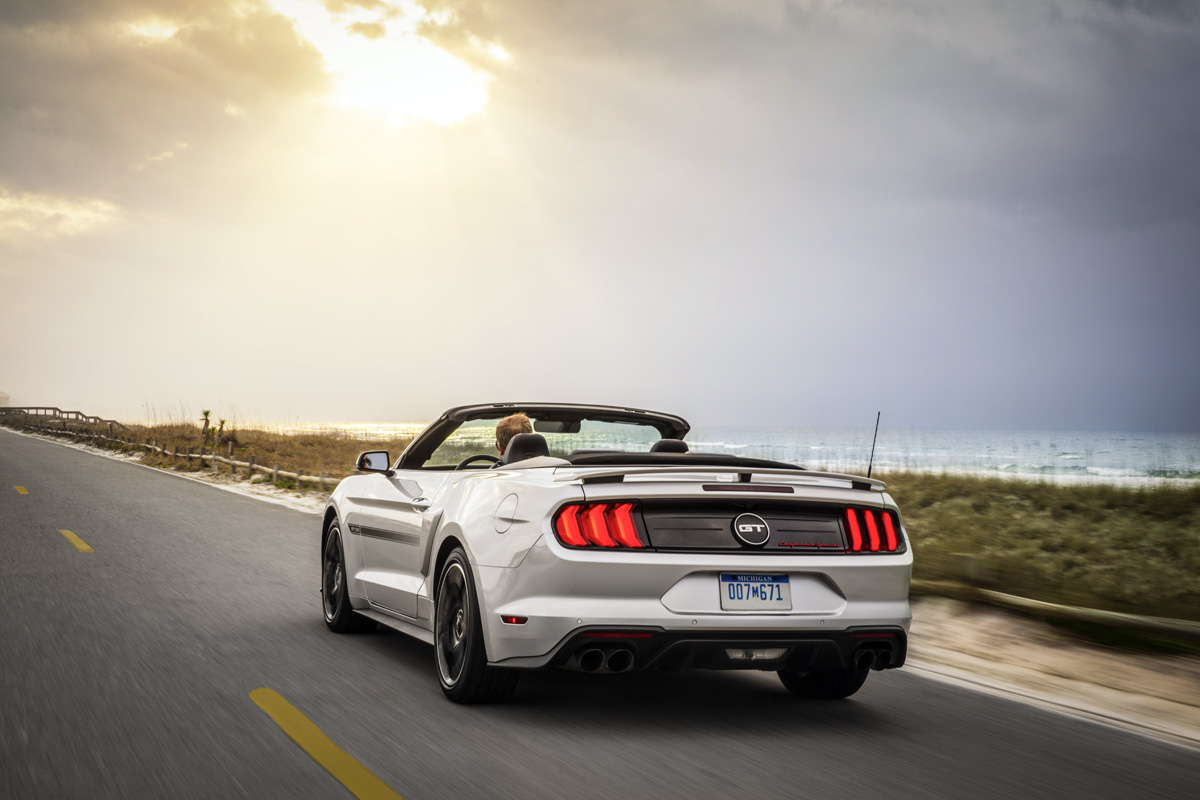 When the Mustang first hit the streets in 1964, owners clubs sprang up around the country, with many regional dealers creating their own personalized pony car designs. One – inspired by the 1967 Shelby GT notchback coupe prototype – came to be called the California Special.

That original version featured blacked-out grille, fog lamps and a side racing stripe that ended ahead of a new rear fender scoop. The car wore a Shelby-inspired spoiler, custom tail lamps and twist-lock hood fasteners. Impressed, Ford put a limited number of California Special cars into production for 1968. Before long, the CS had joined the ranks of Shelby, Boss and Mach 1 special-edition Mustangs. 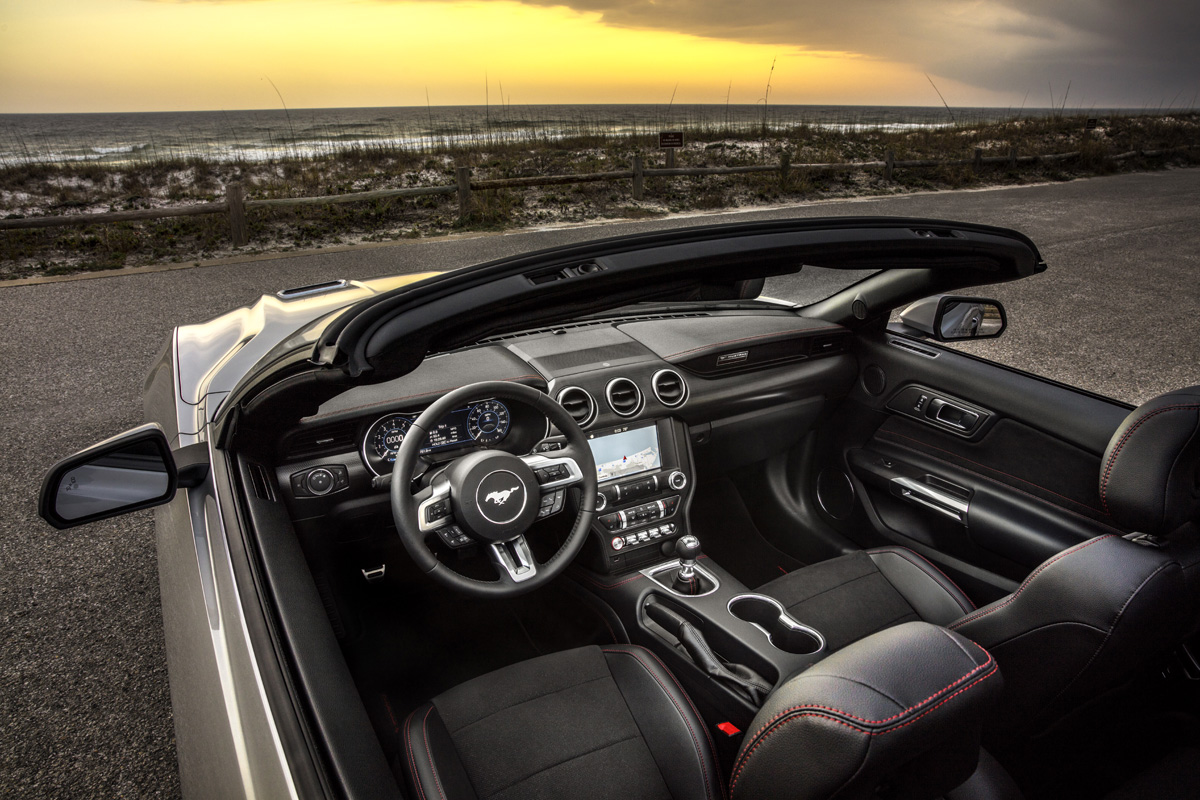 The 2019 Mustang GT California Special is a visual standout, featuring a trademark fading stripe that traces from the 5.0 side badge to the rear fender scoop. A signature Ebony Black and Race Red script California Special badge adorns the trunk lid. At the front, the car follows the blacked-out open grille and picks up the Mustang Performance Pack 1 splitter. The California Special wears unique five-spoke painted machined wheels.

All in all, it’s a nice design package that helps your Mustang stand out from the crowd.