Check Out These First Photos Of The LaFerrari Spider 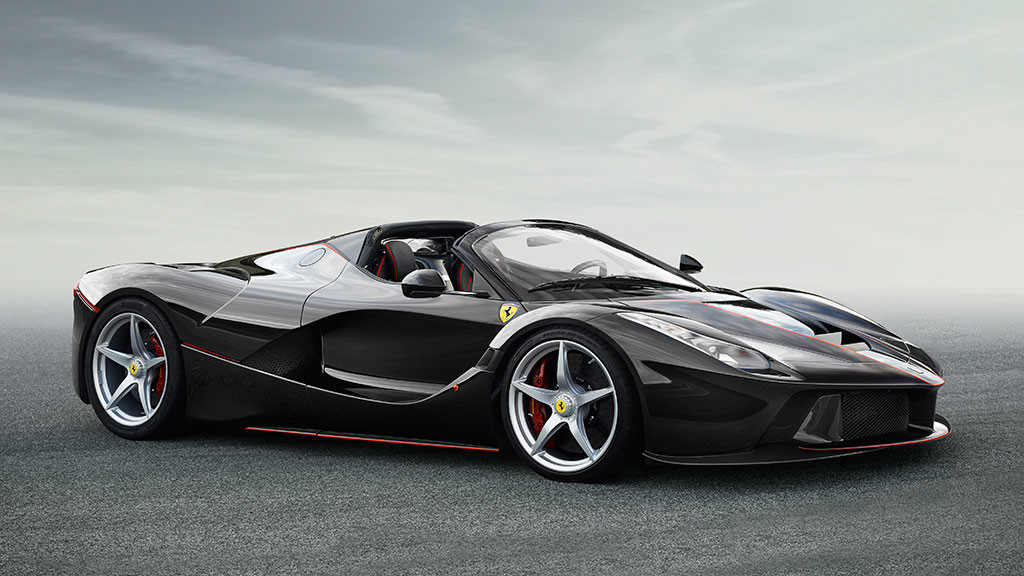 A few months back, we showed you a stunning rendering of the LaFerrari Spider, and now we’ve got photos of the real thing!

This morning, Ferrari released these three photos of the convertible version of the LaFerrari, which is set to be unveiled at the Paris International Motor Show in October. While the name won’t be officially announced until the show, sources tell us that the car will be called the LaFerrari Aperta. 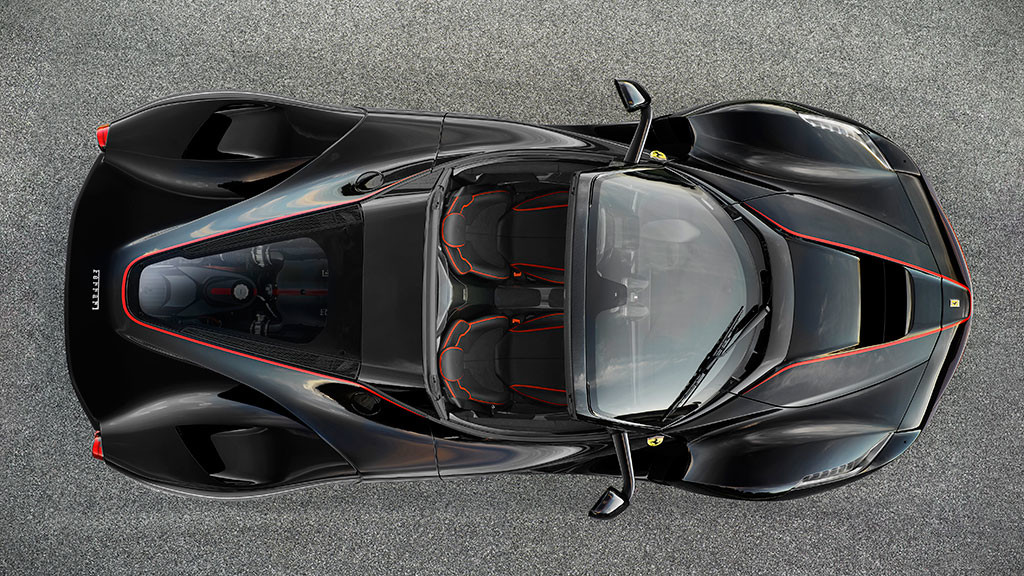 The Aperta has the same running gear and performance figures as the original LaFerrari, sporting a 789 horsepower V12 coupled with a 161 horsepower electric motor, propelling the car from 0-60 in about 2.5 seconds. Perfect for those who refuse to compromise on the joy of drop-top driving even when at the wheel of a supercar.

Of course, the engineers in Maranello didn’t just cut the roof off and call it a day. No, significant and extensive modifications have been made to the chassis with the aim of retaining the same torsional rigidity and beam stiffness as the coupé version. The car’s aerodynamics have also been further honed to guarantee the same drag coefficient even without the roof.

The new limited edition special series will be available with a removable carbon-fiber hard top and a removable soft top. 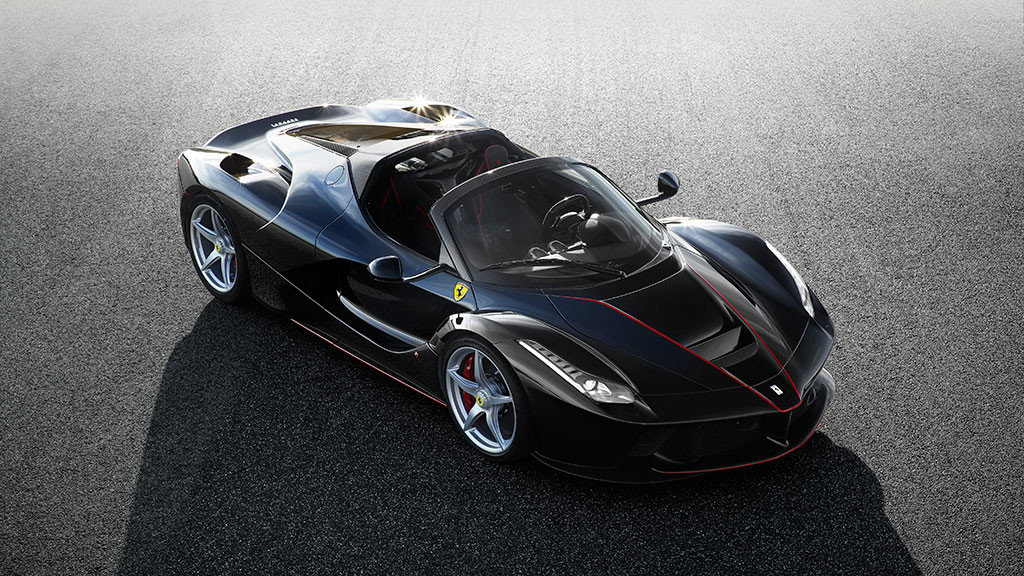 If you were thinking of buying one, you’re too late, as they were all sold earlier this year after a special preview to clients. Word is that Gordon Ramsey was lucky enough to secure one. Lucky bastard!

What do you think of the LaFerrari Spider?