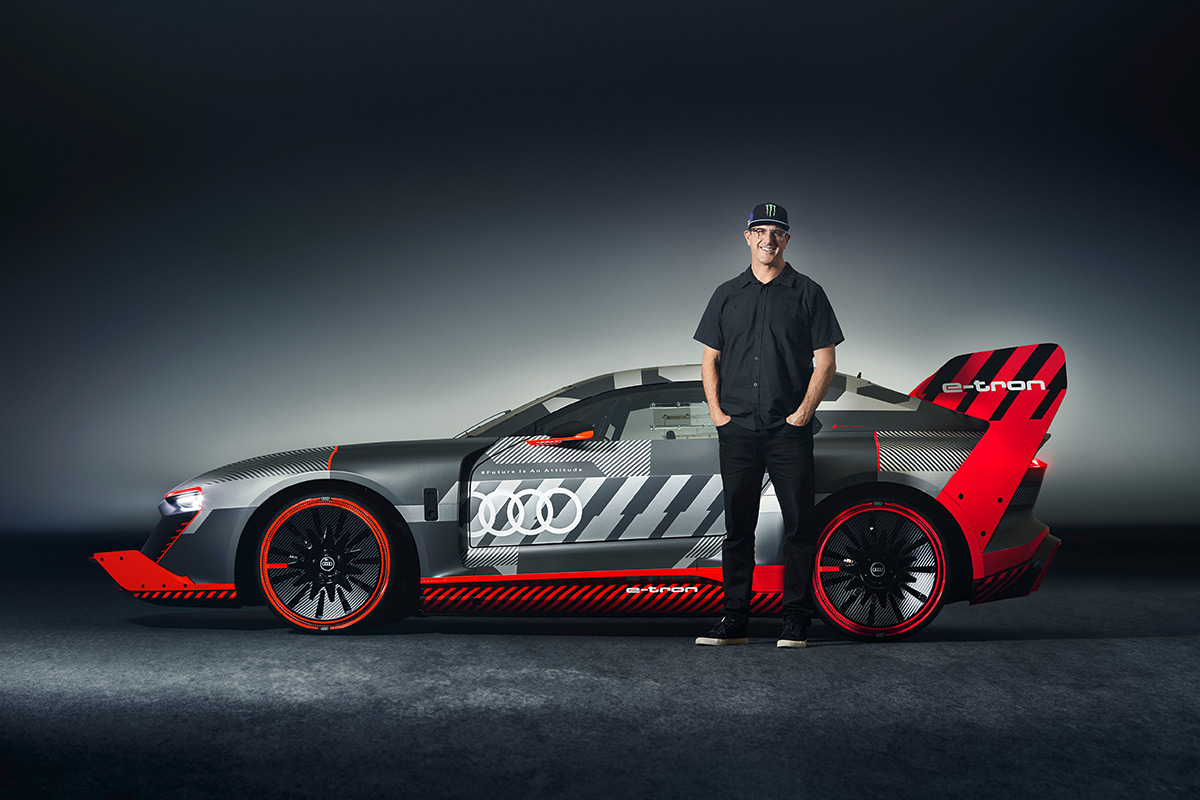 Feast your eyes on the Audi S1 e-tron quattro Hoonitron, an all-electric, one-of-a-kind car that will play the protagonist in a new video that drift king extraordinaire Ken Block is producing together with his team for release in the next few months. It instantly brings back memories of the legendary Audi Sport quattro S1 with which the four rings used to charge to the summit in the famous Pikes Peak Hill Climb event (“Race To The Clouds”).

“The S1 Hoonitron combines a lot of what Audi was already famous for in the nineteen-eighties,” says Ken Block, whose enthusiasm for Audi’s rally cars was sparked at an early age. “For instance, the car’s spectacular aerodynamics have now been translated into a totally modern form. I think it’s cool that the Audi designers have been inspired by their own past and uniquely transferred the car’s technologies and appearance into the present.” 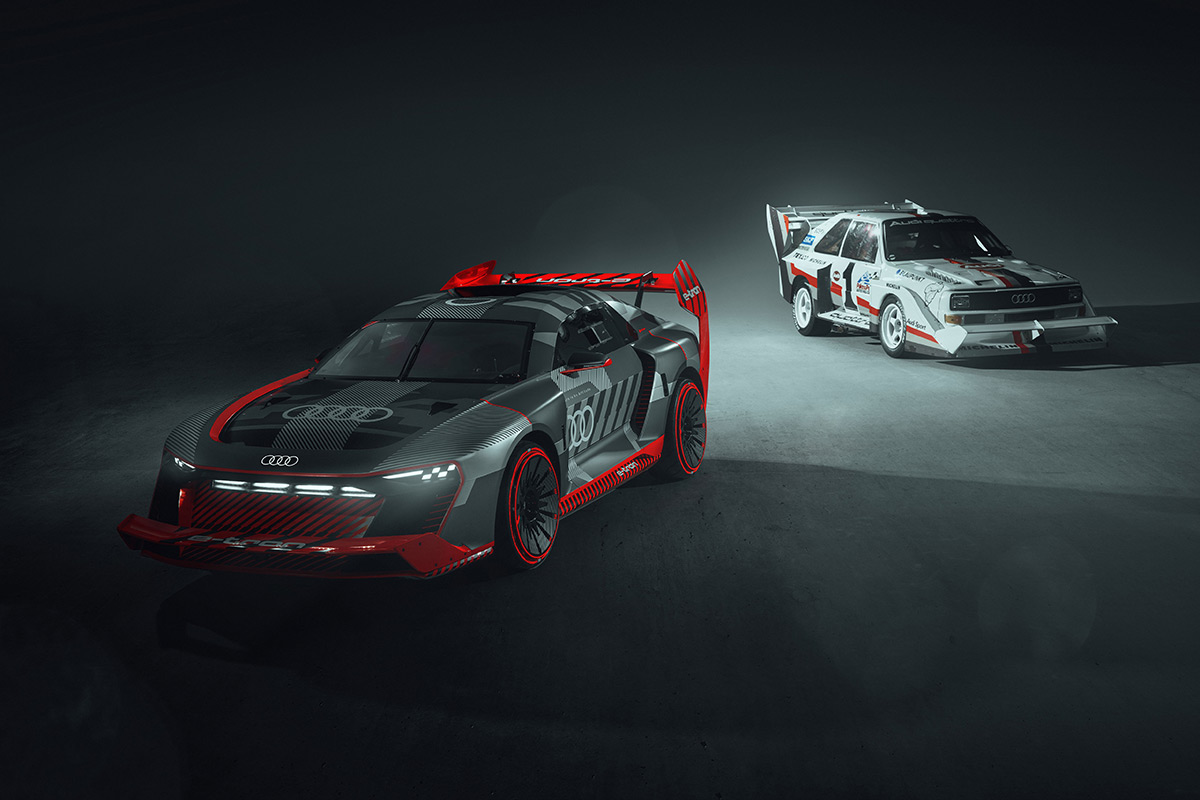 Two electric motors, all-wheel drive, power galore, a carbon fiber chassis, and the full safety standards as prescribed by motorsport’s top governing body, the FIA – these are merely the S1 Hoonitron’s statistics. In November, Block got to know the car for the first time: “Audi gave me the opportunity to test it for a few days in Germany. I’m familiar with a wide variety of cars using internal combustion engines and transmissions, but there were a lot of new things for me to learn here.”

“Spinning into a donut at 150 km/h directly from standstill – just using my right foot – is an all-new experience for me. Our work was focused on getting the car and I used to each other. My thanks go to the whole Audi Sport squad for their outstanding teamwork.” 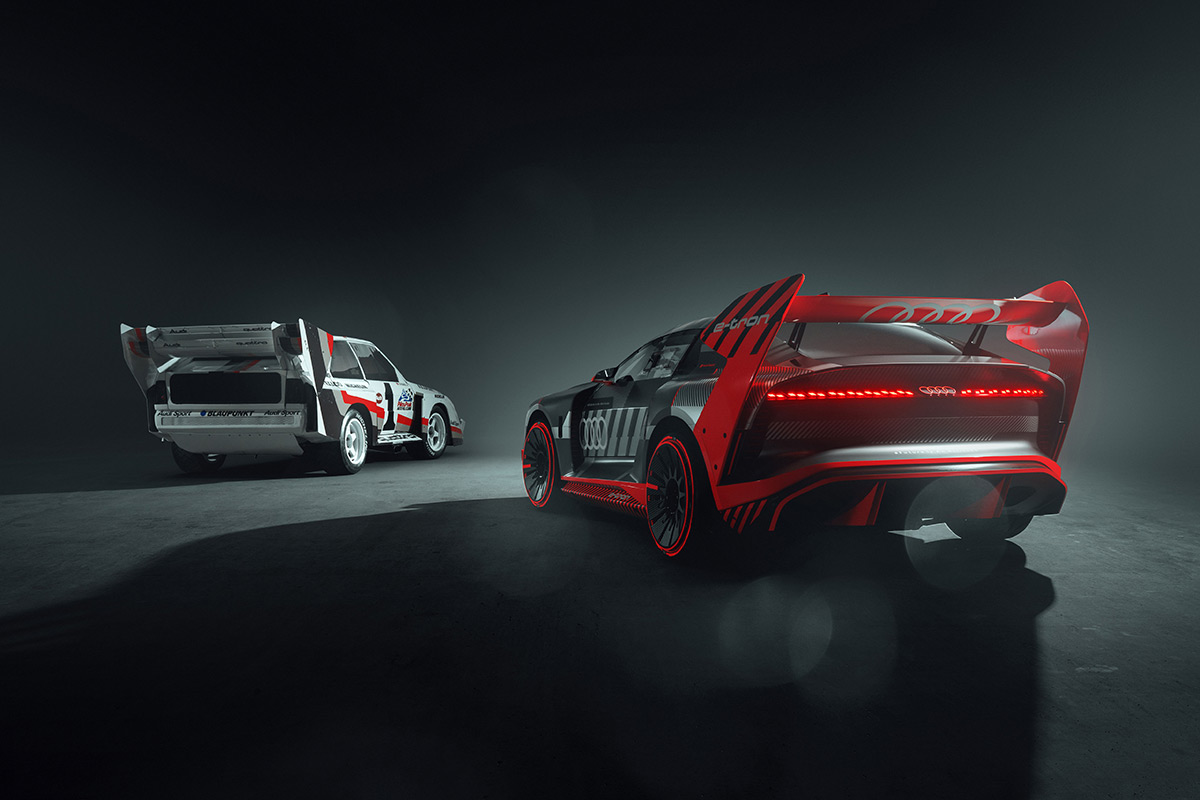 The entire development, including the technology, of the S1 Hoonitron was conducted by Audi Sport at the Neckarsulm location – a perfect fit for the project, because that’s also where the Audi RS e-tron GT is produced. Audi Design in Ingolstadt was responsible for the styling, which was anything but a run-of-the-mill job for Marc Lichte and his team.

“When we first heard about this project, the whole team was thrilled immediately: we had the opportunity to develop a car that combines an icon of our brand with the future,” says Audi’s chief designer. The challenges were tremendous: “It was about creating a modern, all-electric interpretation of the S1 Pikes Peak. The timeline was extremely tight: while our design process normally takes one to one-and-a-half years, we only had four weeks from the first drawing to the final design. We were constantly in touch with Ken Block and his team and engaged in intensive exchanges.” 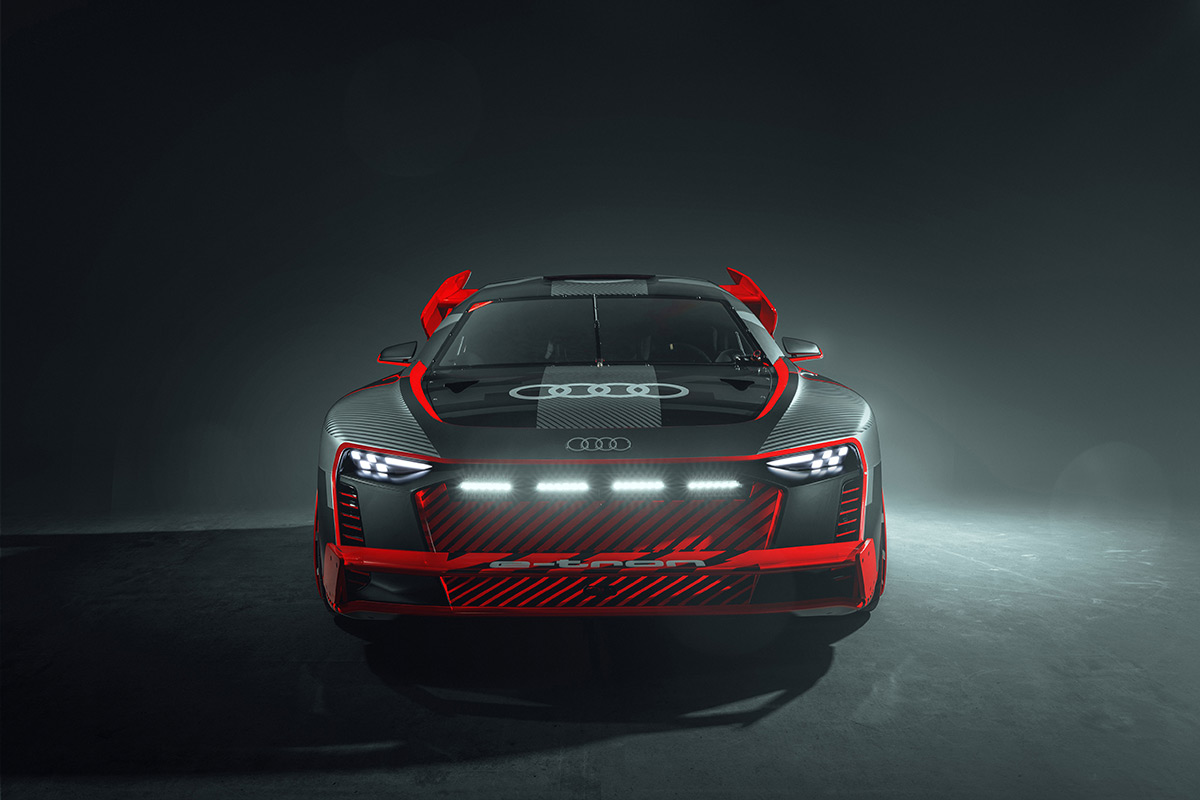 Fans will soon be able to see Ken Block’s success with the project for themselves: under the working title Elektrikhana, Ken Block and his team are going to produce the next video of his famous Gymkhana series featuring the Audi S1 Hoonitron. It sounds pretty cool in theory, but will it still grab your attention with the engine sound replaced by an electric whine?

“The collaboration with Audi is a very special partnership for me. The brand and its passion for motorsport motivated me to get into rallying,” says Ken Block. “That Audi has now developed this car for me and my team, and has joined us in our next project, has made a dream come true for me. The Hoonitron is writing the next chapter in our history and taking our Gymkhana story into the future.” 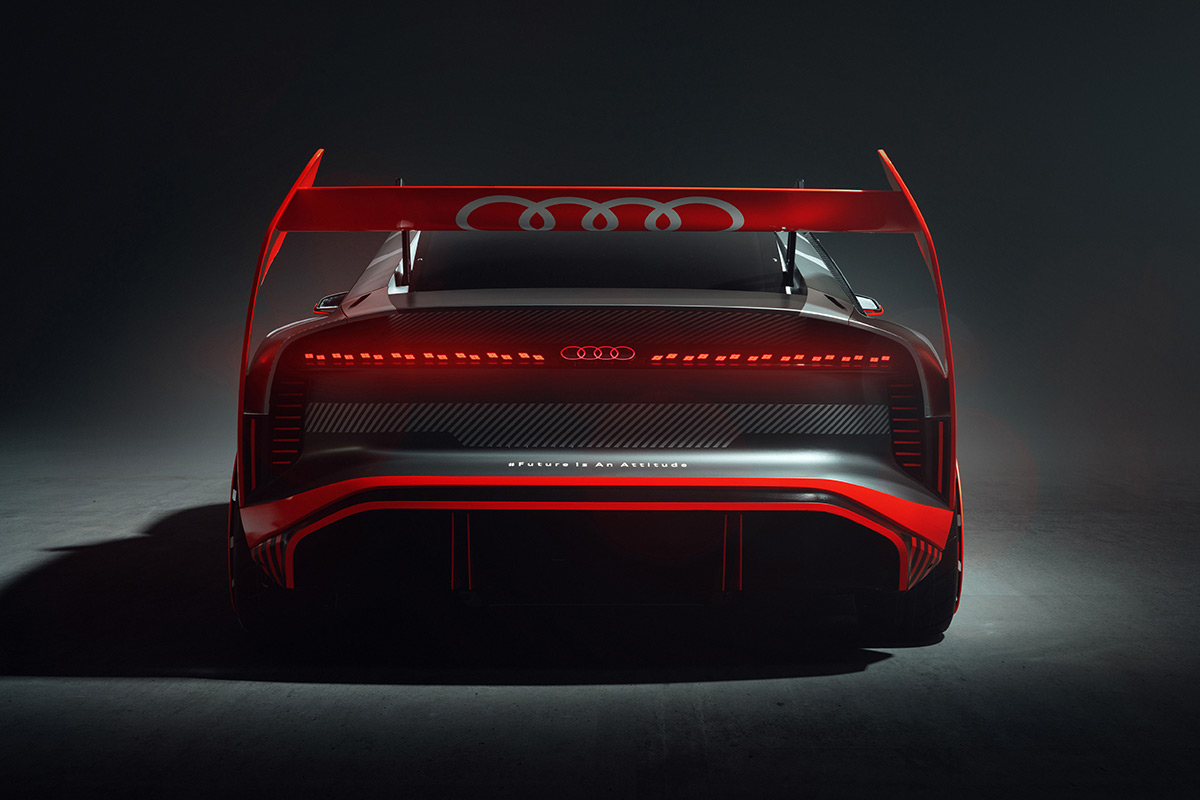 A story of the future that everyone at Audi is also looking forward to: “Knowing that we’re developing a car for a video with Ken Block that millions of people around the world are going to watch has provided our team with additional motivation,” says Lichte. “These new inspirations are also immensely important for our daily work. The development of this car will encourage us to approach future projects with an even more open and progressive mindset.”

No doubt that having Ken Block do a crazy gymkhana video with an electric vehicle will get people thinking about EVs in a new and exciting way, which is the point of this whole project. Ford did much the same with the Mustang Mach-E 1400 prototype, and now it’s Audi’s turn to build some EV street cred. 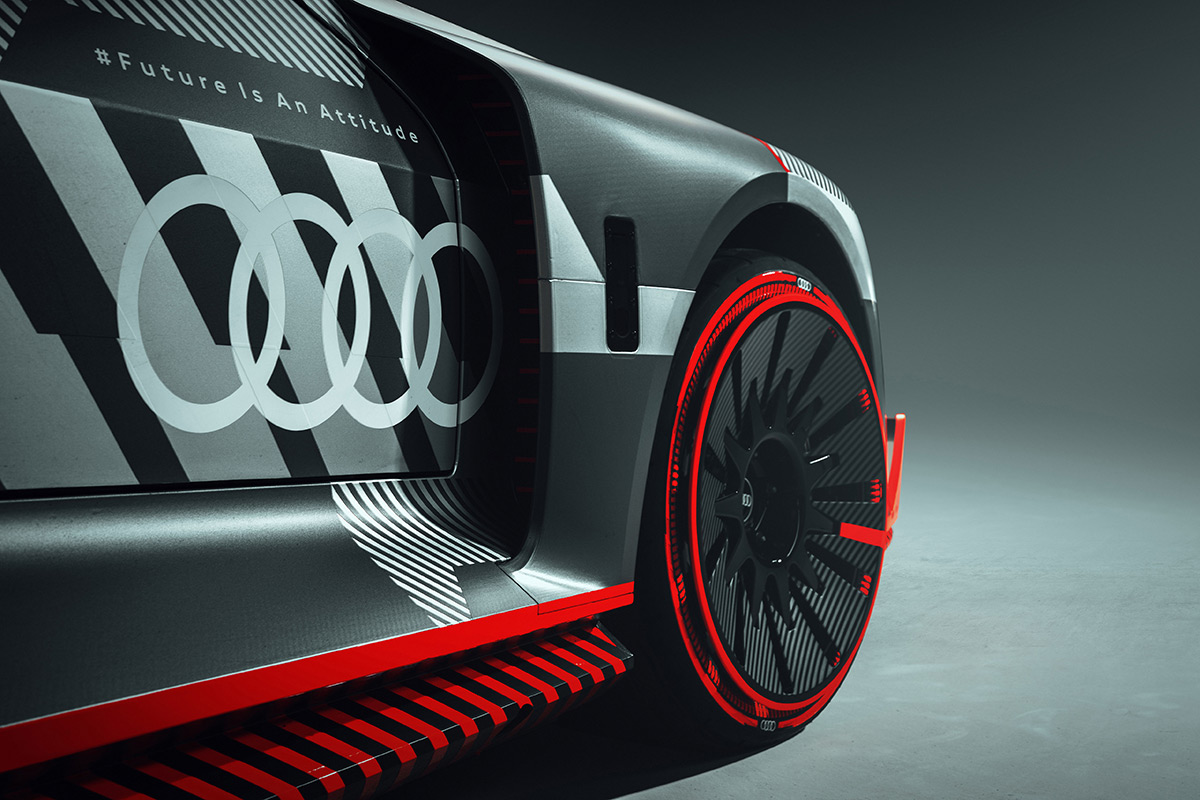 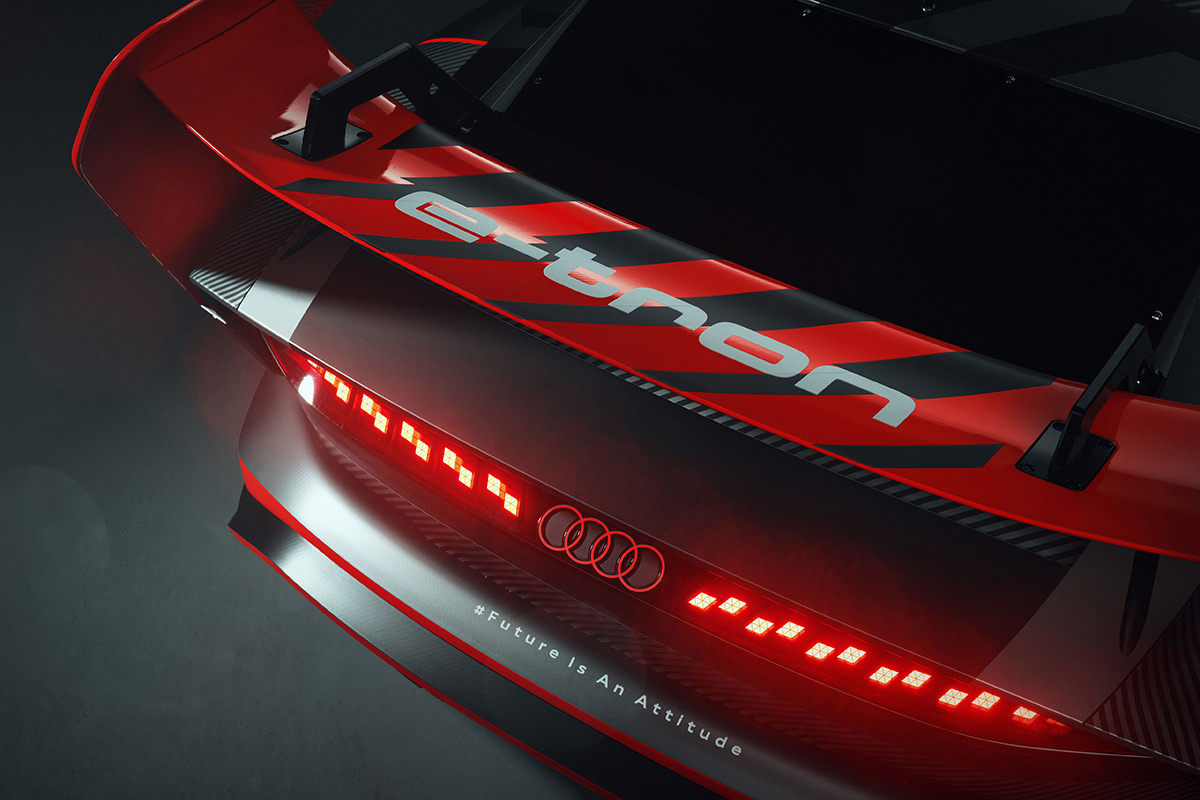 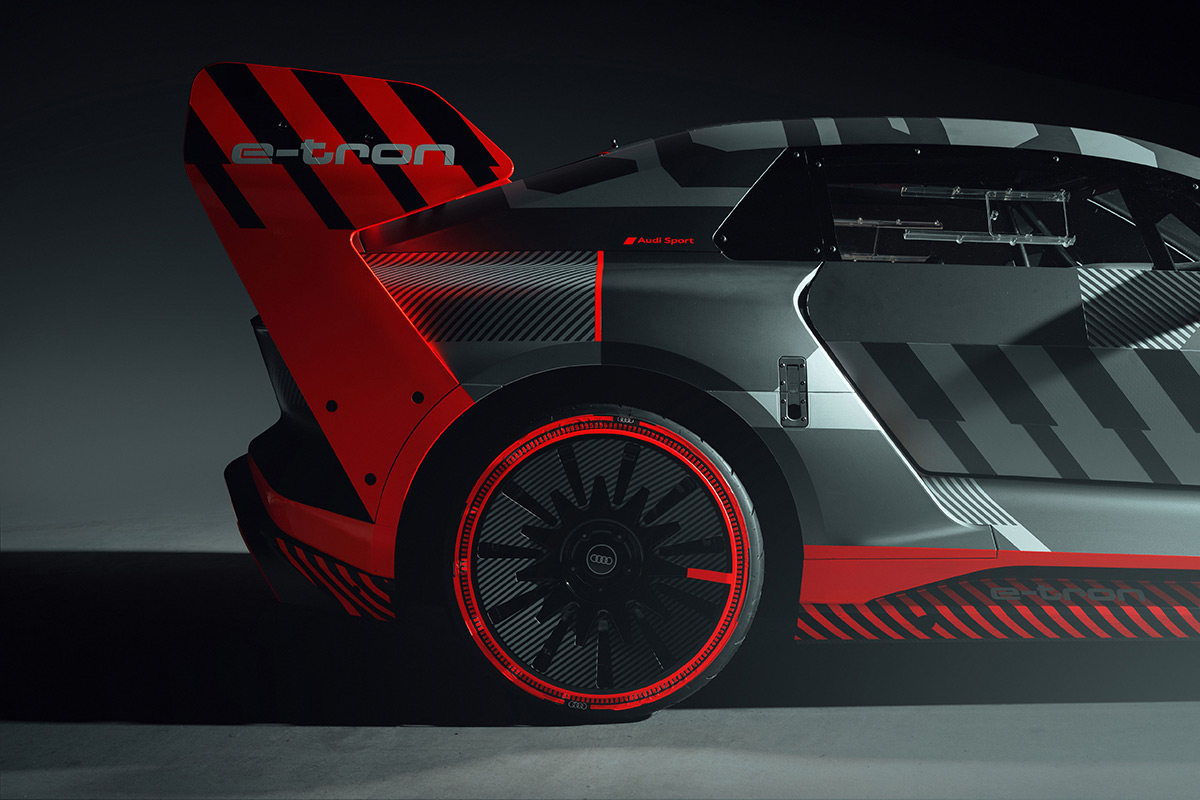 What do you think of the Audi S1 E-Tron Quattro Hoonitron?