Feast your eyes on the Ford Mustang Mach-E 1400, an all-electric road rocket packing 1,400 peak horsepower that shows just how much performance can be harnessed, all without using a drop of gas. We recently shared Ford’s 1,400-horsepower all-electric Mustang Cobra Jet 1400, designed to crush the quarter-mile in the low 8s.

Meanwhile, this one-off Mustang Mach-E prototype, with its seven electric motors and high downforce, is ready for the track, drag strip or gymkhana course. And as you can see in the video above, the car was more than up to the task, with Vaughn Gittin Jr. showing up Ken Block, Chelsea DeNofa, Hailie Deegan, and Joey Logano and demonstrating how electric propulsion promises extreme Mustang performance.

Developed in collaboration with RTR and built off a Mustang Mach-E GT body-in-white, the prototype targets 1,400 peak horsepower. The chassis and powertrain work together for a multitude of setups offering capability unlike any other vehicle. 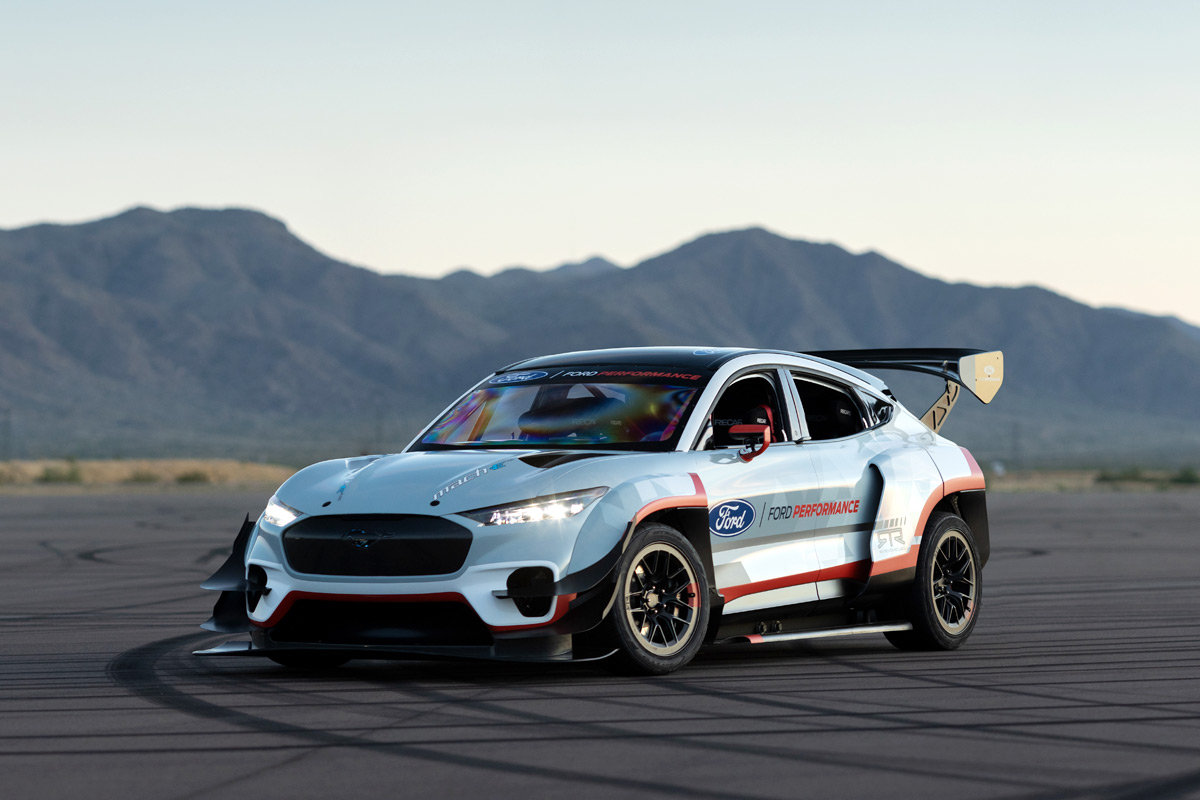 “Now is the perfect time to leverage electric technology, learn from it, and apply it to our portfolio,” said Ron Heiser, chief program engineer, Mustang Mach-E. “Mustang Mach-E is going to be fun to drive, just like every other Mustang before it, but Mustang Mach-E 1400 is completely insane, thanks to the efforts of Ford Performance and RTR.”

The Mustang Mach-E 1400 prototype is the result of 10,000 hours of collaboration by Ford Performance and RTR aimed at bridging the gap between what an electric vehicle can do and what customers tend to believe it can do.

“Getting behind the wheel of this car has completely changed my perspective on what power and torque can be,” said Vaughn Gittin Jr., RTR Vehicles founder, motorsports champion and professional fun-haver. “This experience is like nothing you’ve ever imagined, except for maybe a magnetic roller coaster.” 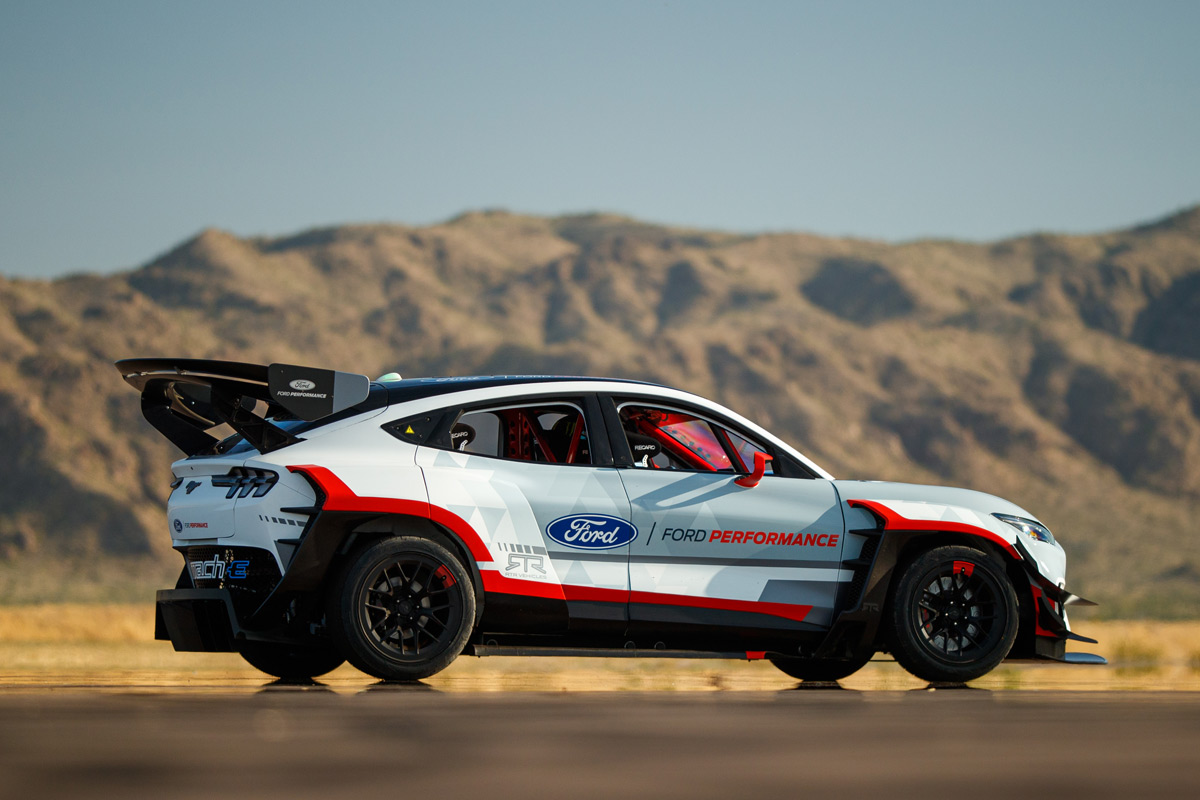 Mustang Mach-E 1400 has taken shape without rules. The Ford design team and RTR used many of the same tools Ford uses for its race cars and production programs. Aerodynamics are optimized for shape and location, with a focus on cooling ducts, front splitter, dive planes and rear wing.

Mustang Mach-E 1400 has seven motors – five more than even Mustang Mach-E GT. Three are attached to the front differential and four are attached to the rear in pancake style, with a single driveshaft connecting them to the differentials, which have a huge range of adjustability to set the car up for everything from drifting to high-speed track racing.

“The challenge was controlling the extreme levels of power provided by the seven motors,” said Mark Rushbrook, motorsports director, Ford Performance. “Mustang Mach-E 1400 is a showcase of the art of the possible with an electric vehicle.” 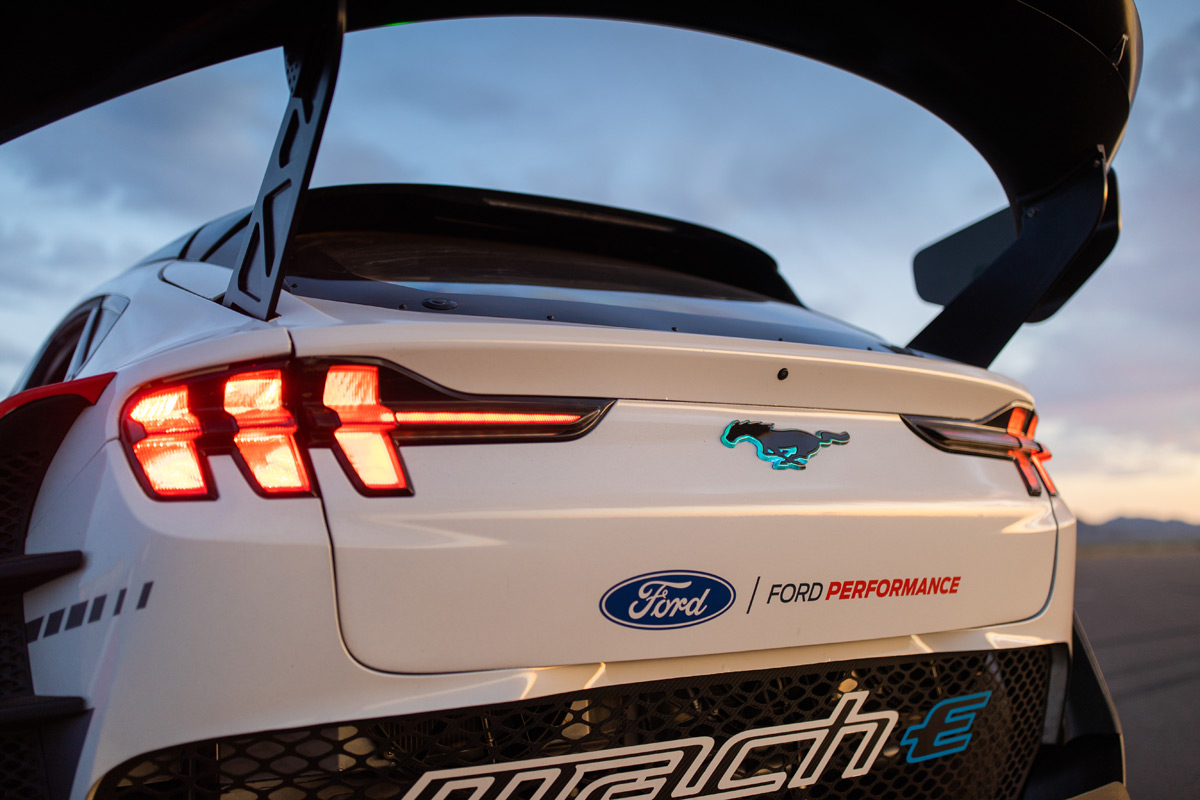 The chassis and powertrain are set up to allow the team to investigate different layouts and their effects on energy consumption and performance, including rear-wheel drive, all-wheel drive and front-wheel drive. Drift and track setups have completely different front end configurations like control arms and steering changes to allow for extreme steering angles in drifting. Power delivery can be split evenly between front and rear, or completely to one or the other. Downforce is targeted at more than 2,300lbs at 160 mph.

The 56.8-kilowatt-hour battery is made up of nickel manganese cobalt pouch cells for ultra-high performance and high discharge rate. The battery system is designed to be cooled during charging using a di-electric coolant, decreasing time needed between runs. 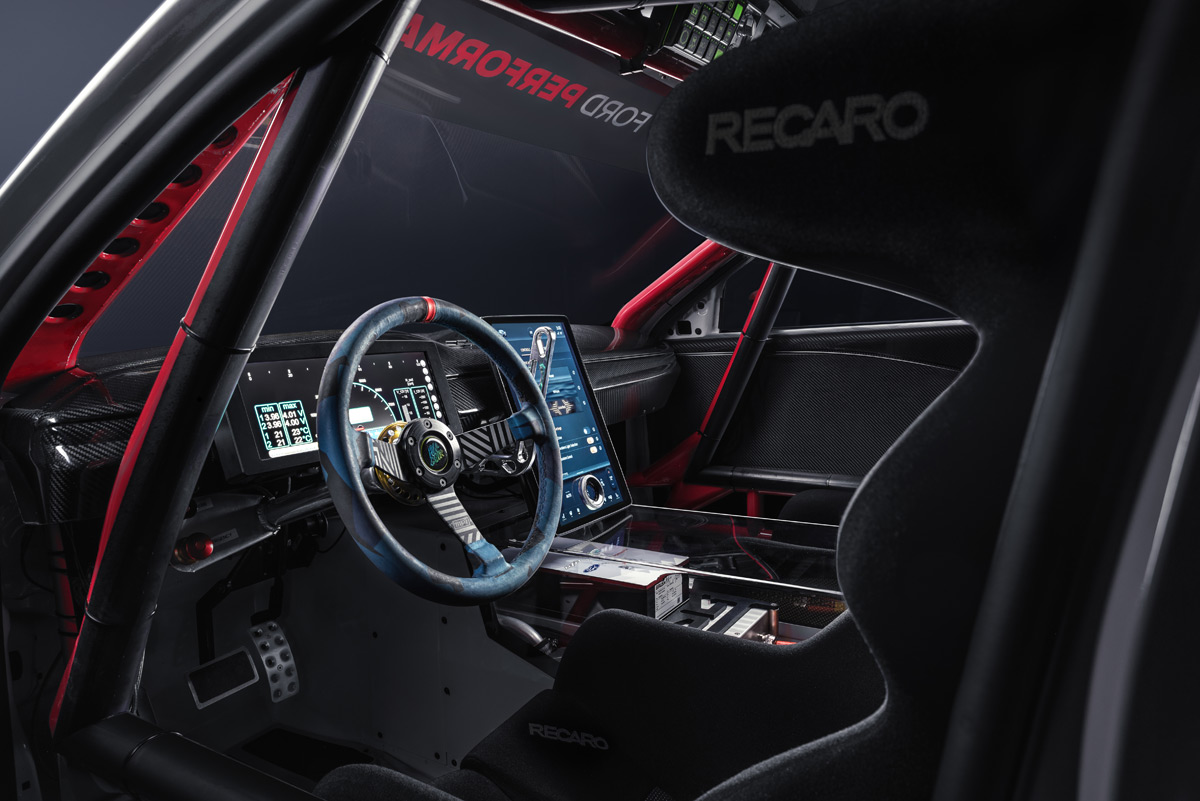 An electronic brake booster is integrated to allow series regenerative braking combined with ABS and stability control to optimize the braking system. Mustang Mach-E 1400 features Brembo brakes, like the Mustang GT4 race car, and a hydraulic handbrake system designed for drifting that integrates with the powertrain controls to enable the ability to shut off power to the rear motors.

While this Ford Mustang Mach-E 1400 is nothing like the production Mustang Mach-E crossover that’s hitting dealerships at the end of the year (darn!), it helps to give those “anti-EV” people out there a new perspective and reason to reconsider. For me, all it took was a quick drive in a Tesla to make me a believer. 🙂 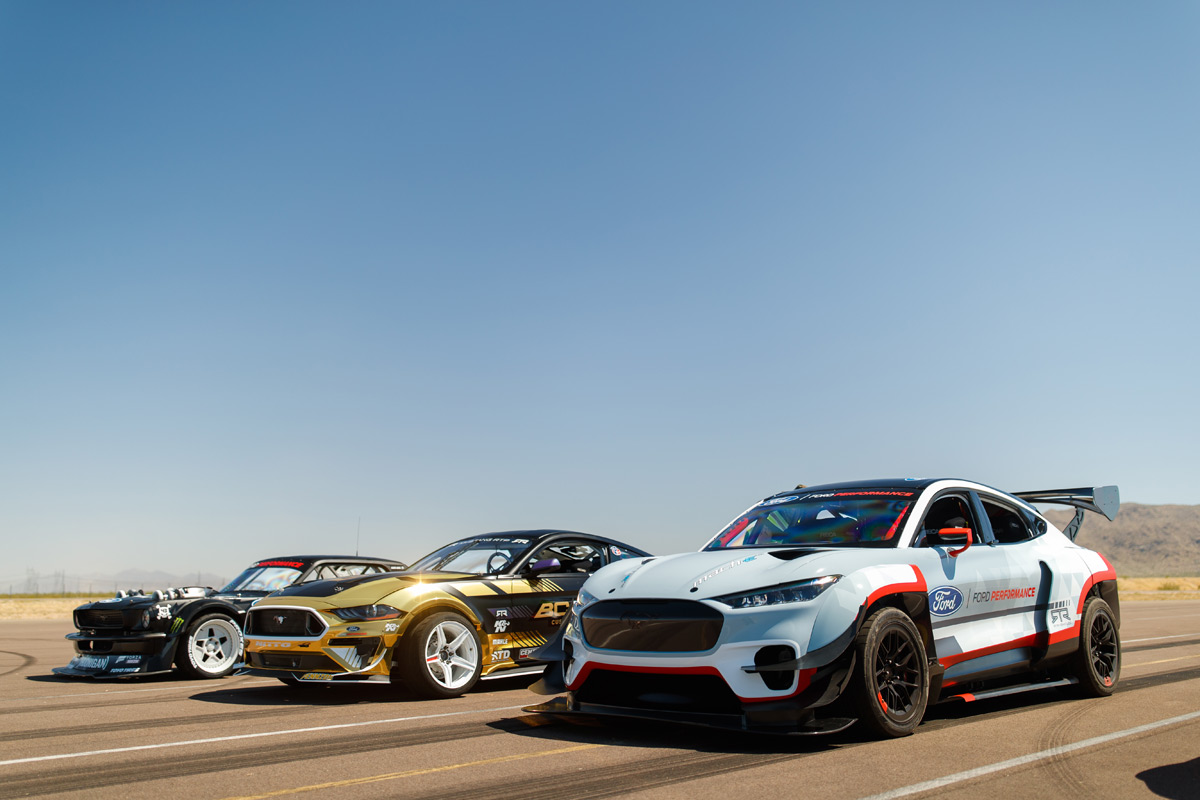 EDIT: Ford was nice enough to let me borrow the Mustang Mach-E recently, so be sure to check out my review of the Mach-E at Guys Gab.