The Audi Q8 Concept was revealed at the Detroit Auto Show this week, and for me it was love at first sight. As you can see, it’s dimensions are similar to the Q7, but with frameless windows, a muscular-looking front end, a rakish “coupe-like” roofline, and ultra-thin tail lamps connected by a light bar.

But don’t let the “concept” moniker fool you, as the Q8 will be going into production (hopefully with minimal changes) next year, where it’ll face off against the BMW X6 and Mercedes-Benz GLE Coupe. 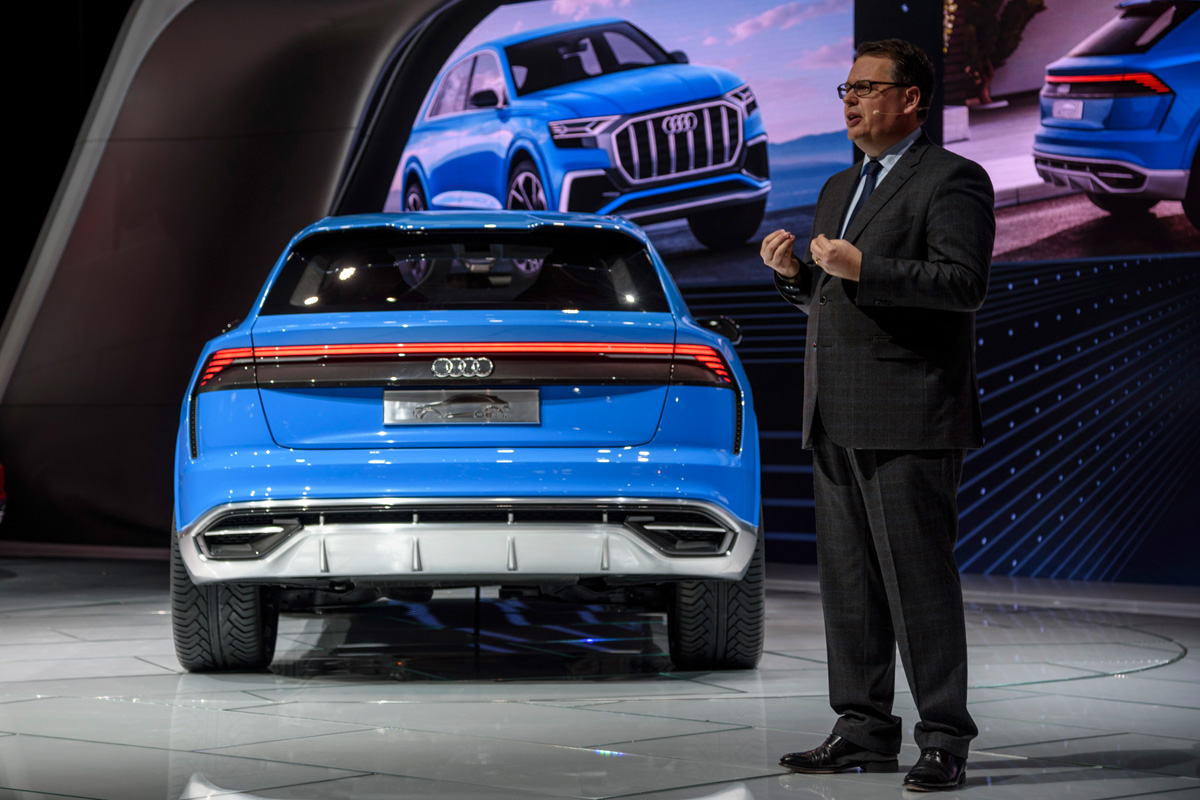 While some showgoers weren’t too keen on the Q8 Concept looks (especially that front grille), I found it to be the perfect blend of luxury and ruggedness. While I’m not typically an SUV guy, this is one truck that I would absolutely buy if Audi brought it to market as-is!

It’s too early to say whether the plug-in hybrid setup shown here will make it to production, but if so we would be more than happy with the 442 horsepower and 516 pound-feet of torque that the Q8 puts out, propelling the Q8 from 0-60 in 5.4 seconds on it’s way to a top speed of 155mph (electronically limited). 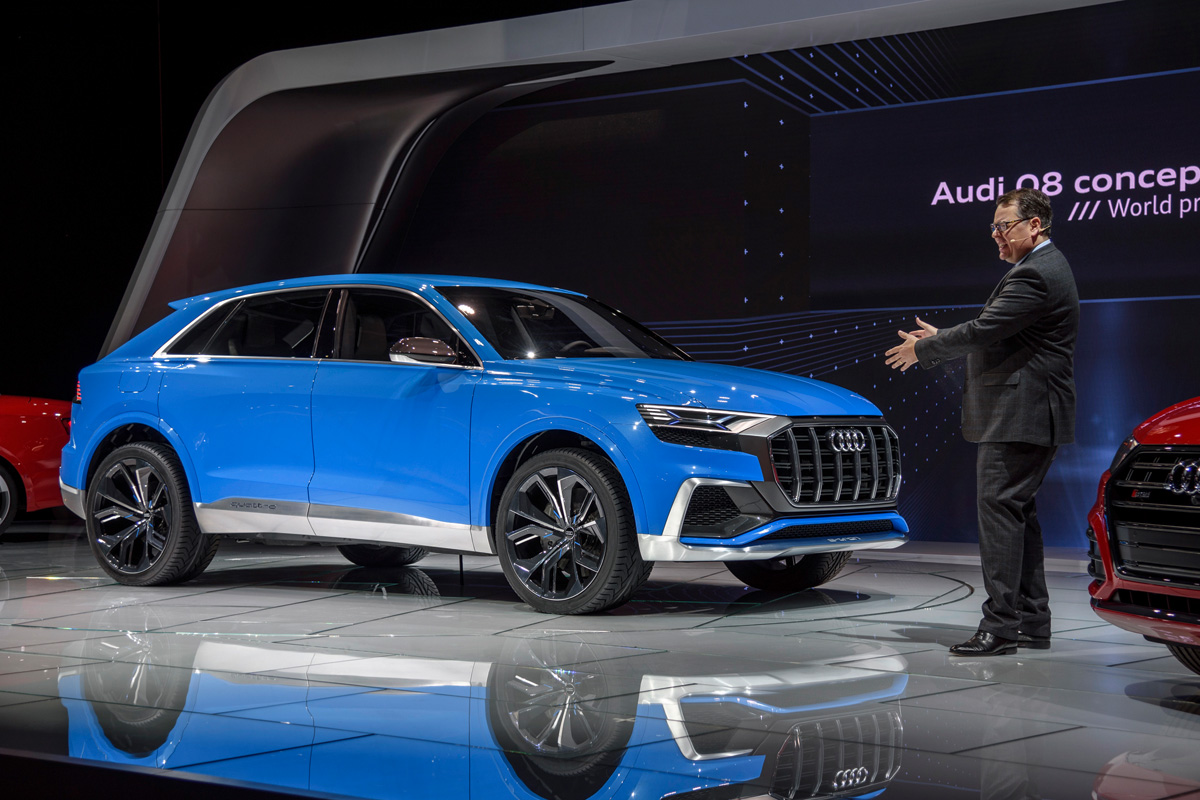 We commend Audi for stepping outside of their comfort zone and going with more aggressive styling for the Q8. Here’s hoping that they don’t tone it down too much by the time they hit showrooms next year.

What do you think of the Audi Q8 Concept?