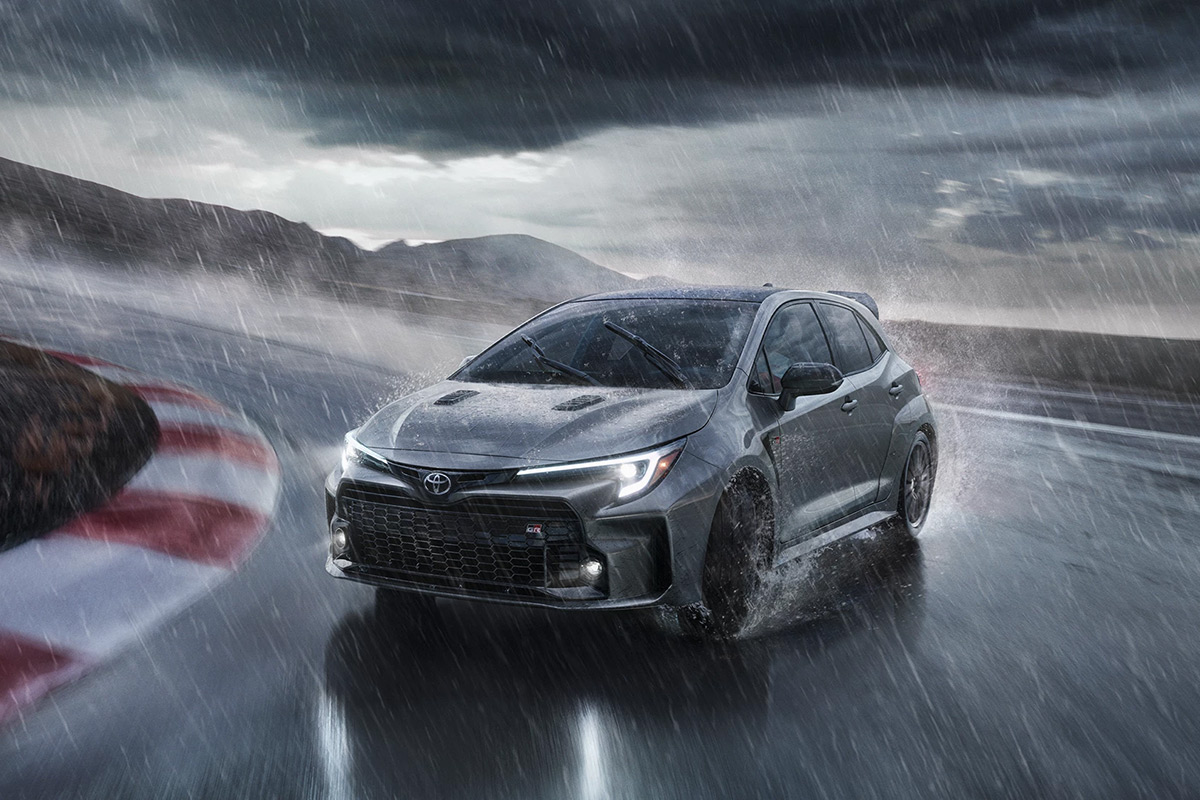 Last year, I bought a 2021 Toyota Corolla XSE Hatchback, and I absolutely love the car, as it’s a blast to drive. With only 169 horsepower, it might not sound like much fun, but the car handles incredibly well, it looks great, and it’s loaded with tech.. all without breaking the bank. Sure, I might miss the raw performance of my WRX, but that’s really about it.

Now, with the introduction of the 2023 Toyota GR Corolla, Toyota is delivering to us the best of both worlds, with everything that I love about my Corolla Hatchback, along with the crazy power and grip that my WRX offered. We’re talking 300 horsepower and all-wheel drive. Pinch me, because I must be dreaming! 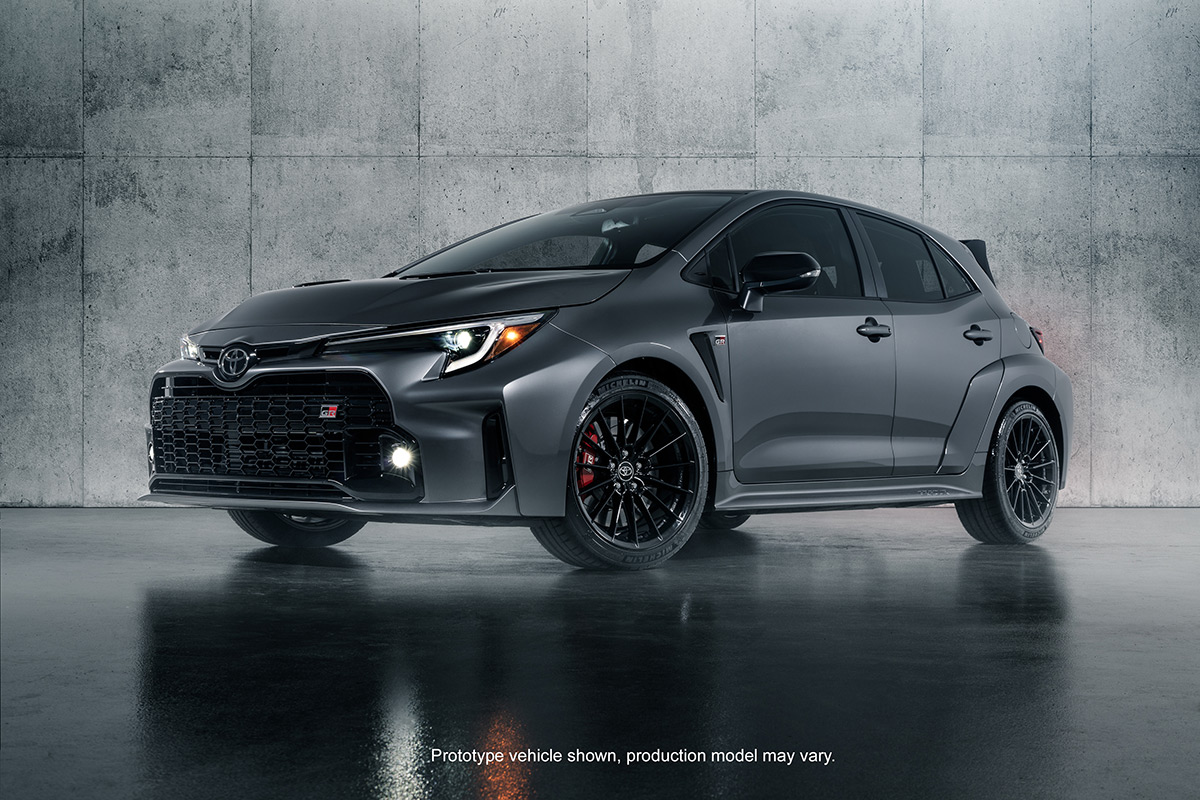 With the detail-obsessed TOYOTA GAZOO Racing team at the helm, and master driver Akio Toyoda, a.k.a. Morizo, signing off on approval, this all-new addition to Toyota’s growing lineup of sports cars brings the performance, handling and functionality that hot hatch fans love.

Powered by the lightweight, compact-yet-powerful G16E-GTS turbo-charged, direct/port injected three-cylinder engine, the Toyota GR Corolla delivers 300 hp and 273 lb-ft of torque. Engineered for snappy acceleration out of the corners, output hits peak torque at 3000-5500 rpm, with max horsepower coming at 6500 rpm. Its thrill-inducing power is piped through a unique triple exhaust that’s designed to reduce backpressure for maximum power delivery. 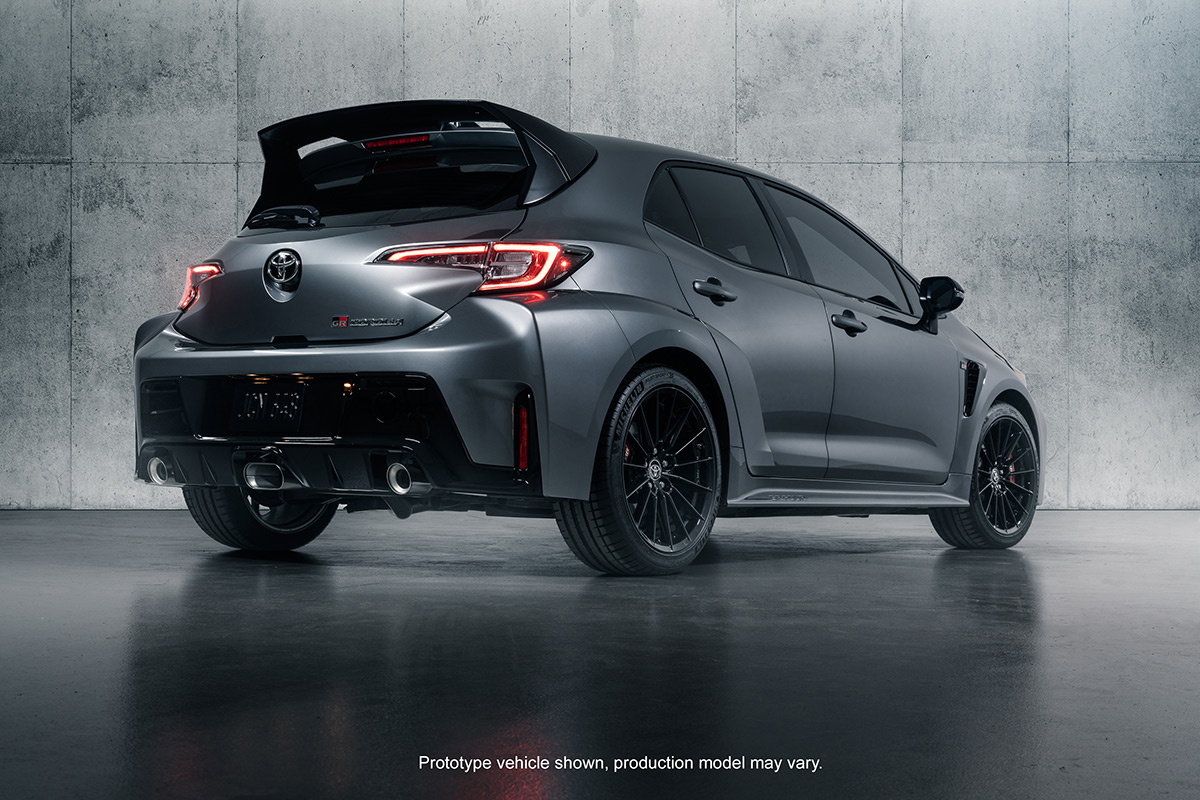 The G16-E engine is paired with Toyota’s rally developed GR-Four All-Wheel-Drive (AWD) drivetrain. This system gives drivers a choice of 60-40, 50-50 or 30-70 power delivery to the front and rear wheels. GR Corolla will be offered exclusively in a manual transmission, staying true to its hands-on rally racing roots. 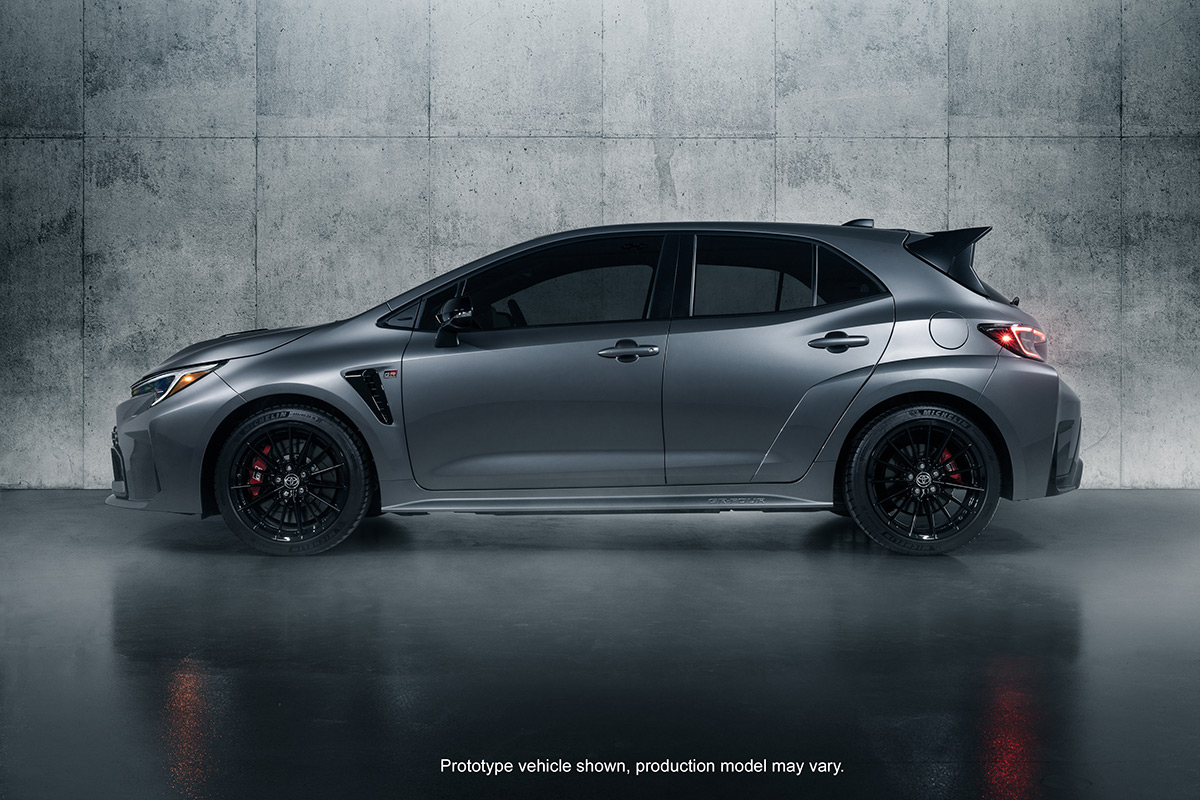 The GR Corolla will come in two grades: Core and Circuit Edition. The Core Grade will be available later this year in white, black and Supersonic Red. It will have a color keyed roof with a black rear lip spoiler, GR-Four stamped side rockers and wide-fender flares. On the inside, seating for five will come with GR logoed fabric sport seats.

The Circuit Edition will be a limited-run model available in 2023. Standard colors are white, Supersonic Red and Heavy Metal with the same GR-Four stamped side rockers and wide fenders as the Core. It adds a forged carbon fiber roof, vented bulge hood and a sporty rear spoiler, Brin Naub suede-trimmed sport seats with red accents and a launch-year-exclusive Morizo signed shift knob. 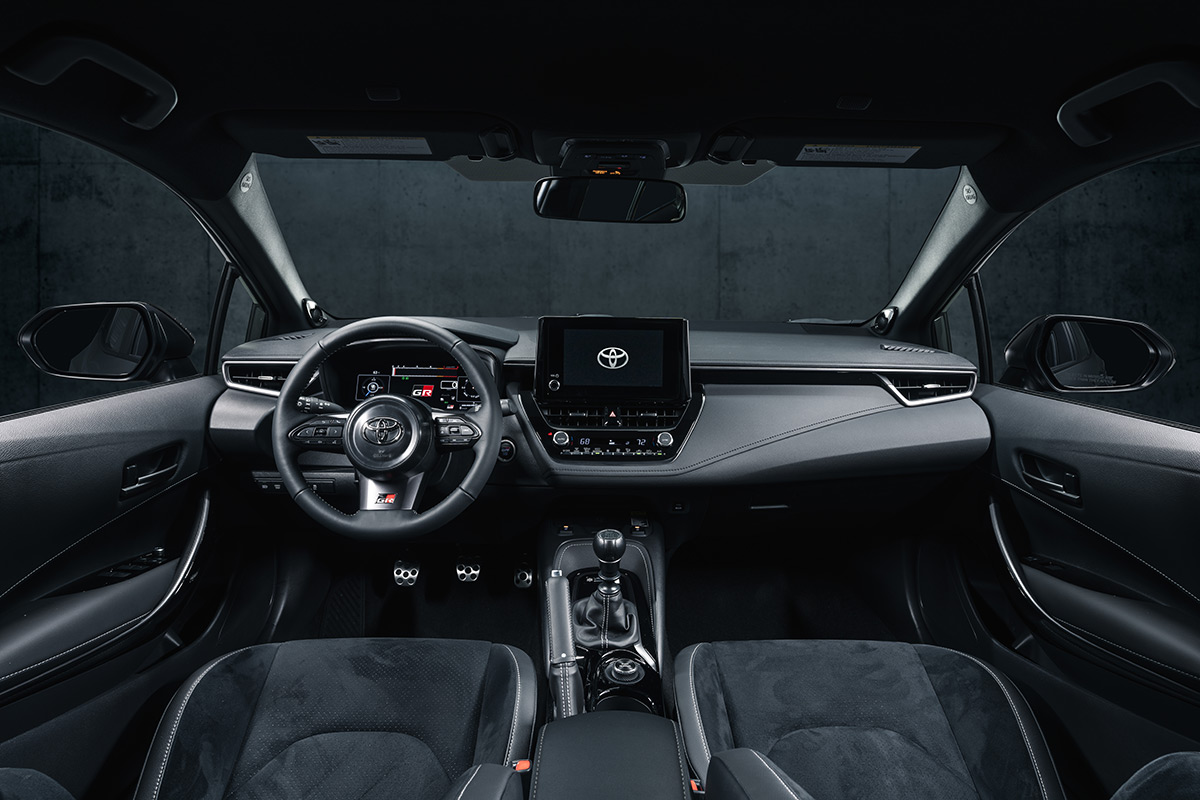 Pricing will be announced later this year, but you can bet that it won’t be cheap..