This Guy Just Collected His 80th Porsche.. At The Ripe Old Age Of 80! 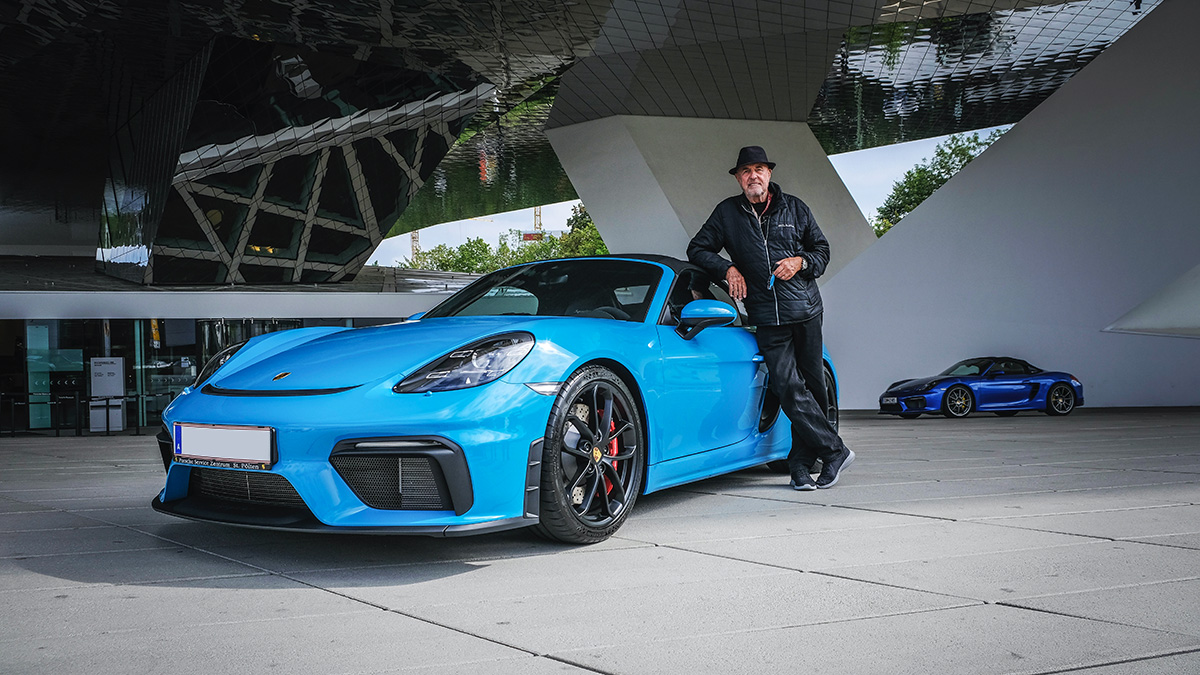 Ottocar J. leans, beaming, against a new Boxster Spyder, having just collected it from the Porsche factory in Zuffenhausen, Germany. It is not the first time he has done this: the Austrian collects his cars in person whenever possible.

Yes, you read that right – This guy is picking up his 80th Porsche, and for this milestone anniversary, the Porsche Community Management team joined forces with the factory collection team to come up with something very special for him.

He was one of the first customers to be allowed to affix the Porsche Crest on the bonnet himself. Personal congratulations from Dr. Wolfgang Porsche also made this collection quite an exceptional occasion for the Porsche enthusiast. 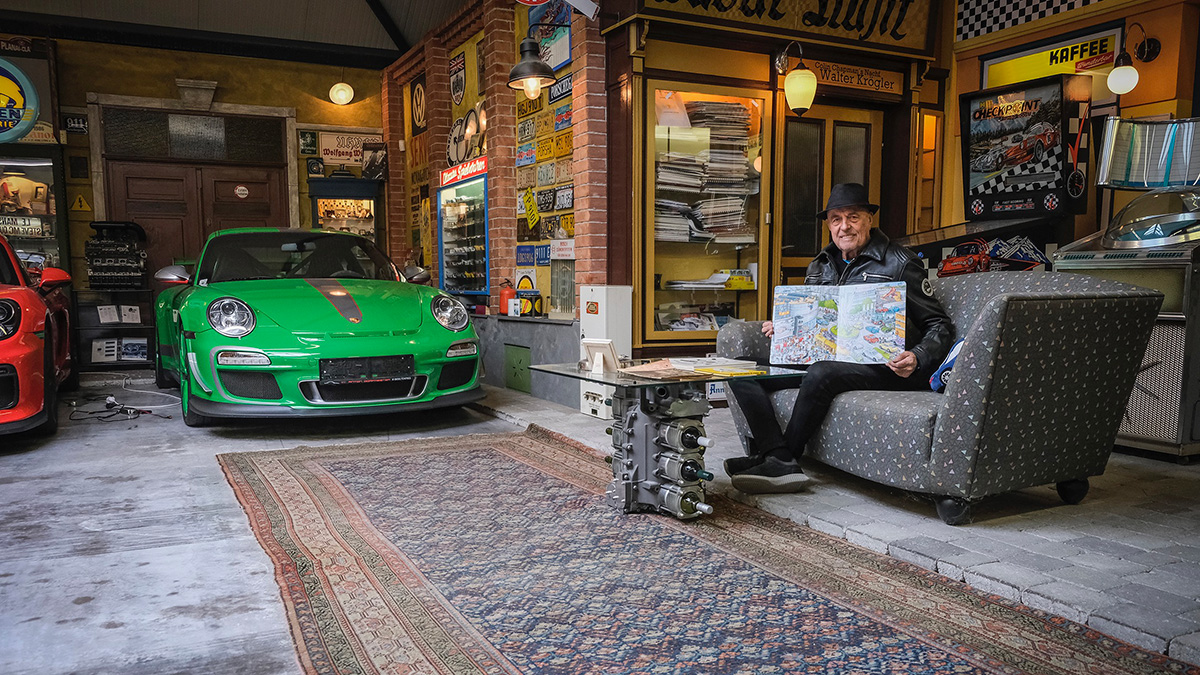 Ottocar’s Porsche story started almost 50 years ago, on the racing track. “The Porsche cars simply flew past me on all sides,” he recalls. So he started to save up, and bought himself a 911 E in Speed Yellow, also known as the “oil cap model”. It would be the start of a lifelong passion.

The hobby driver also stayed true to his motorsport: he owns a 917, a 910 with a rare eight-cylinder engine and a 956, not to mention a 904 with its original Fuhrmann engine and a 964 Cup. All the cars are roadworthy and he regularly takes part in classic racing events with the 917. The winner’s wreath from this year’s Ventilspiel race lies on the vehicle as a trophy.

The collector has owned 80 different Porsche cars over the course of his life, including nine versions of the Carrera RS. Today, his collection comprises around 38 cars, or, as Ottocar himself puts it: “I can drive a different one every day for a month – and two at the weekends.” 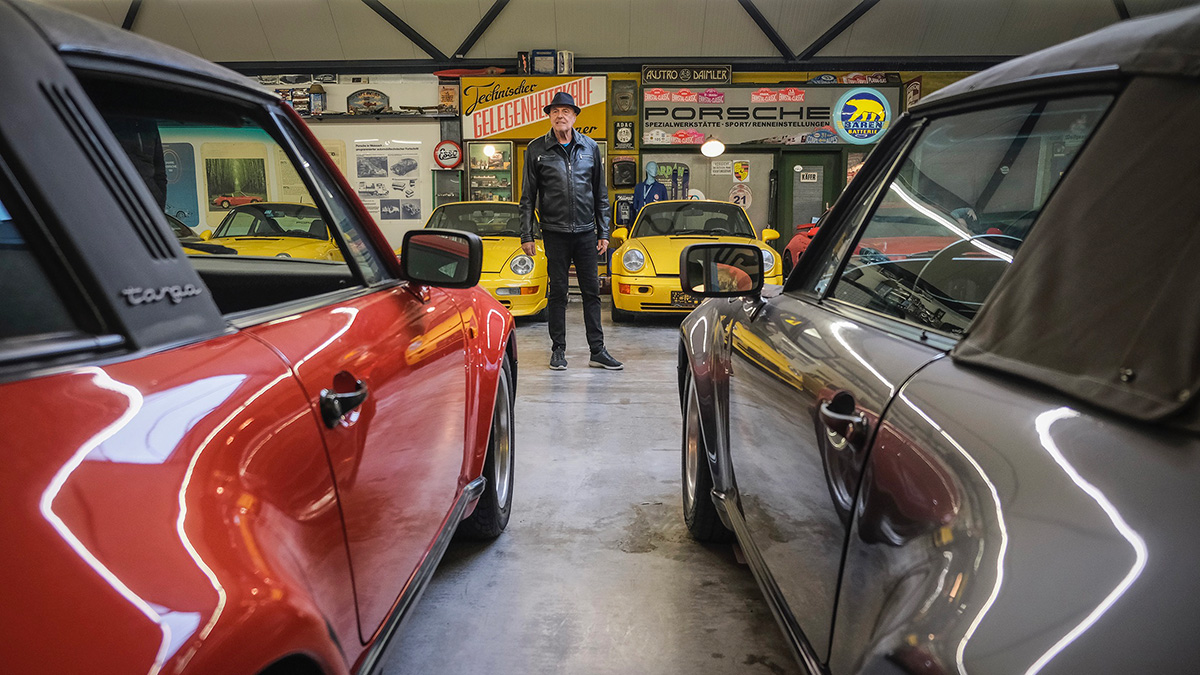 The backdrop for the vehicles owned by the Viennese native is just as fascinating as the cars themselves. He has built a separate building for his Porsche collection and calls it his “living room”. Visitors stroll past shop entrances, workshop doors, display windows and advertising signs. They pass Ottocar’s toy shop, an antiques store and a cinema that is previewing, of course, Steve McQueen’s epic film “Le Mans”.

The room is also decorated with numerous cups, posters, components, trophies and mementos from races, events and Porsche Club meets. You can see and feel that Ottocar is just as at home in the global world of Porsche as he is here, in his own Porsche world.

Vehicles are lined up on both sides: on the left are the racing cars, in ascending order up to a 993 911 Turbo S and a Type 997 911 GT2 RS; the cars on the right start with a Jagdwagen military vehicle, an early 356 Coupé with bent windscreen, and then several early 911, 911 RS 2.7, and a row of 930 Turbo and Turbo-look models in the Coupé, Targa and Cabriolet variants, as well as a G-model Speedster. 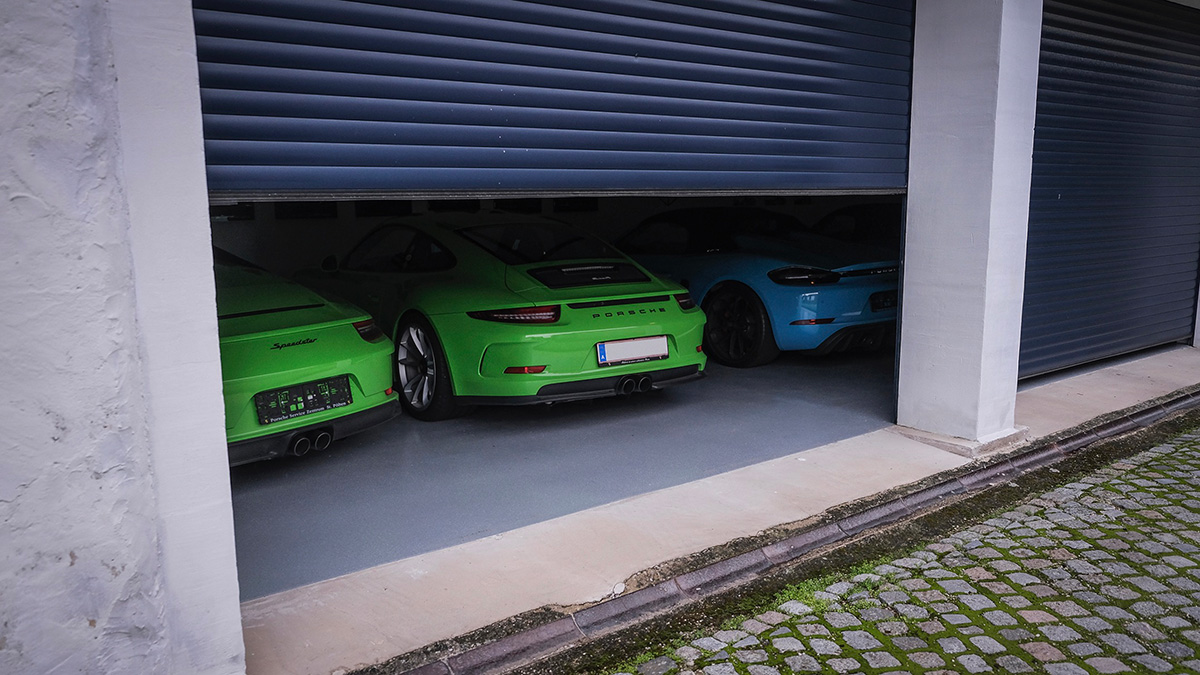 As incredible as this collection is, Ottocar much prefers sitting behind the wheel to being among his cars – because driving is what is important for the 80-year-old. He is regularly out and about with nine of his vehicles, including a 911 R, a Type 991 911 Speedster and two Boxster Spyders from the last two generations. The Austrian will not name a favorite car, but he chooses the Type 981 Boxster Spyder for many of his outings.

You’ve got to admire his brand loyalty, and the fact that he shows no signs of slowing down at 80 years old. Congrats to him on his incredible collection, and the fact that they’re not just garage queens but driven like they should be!