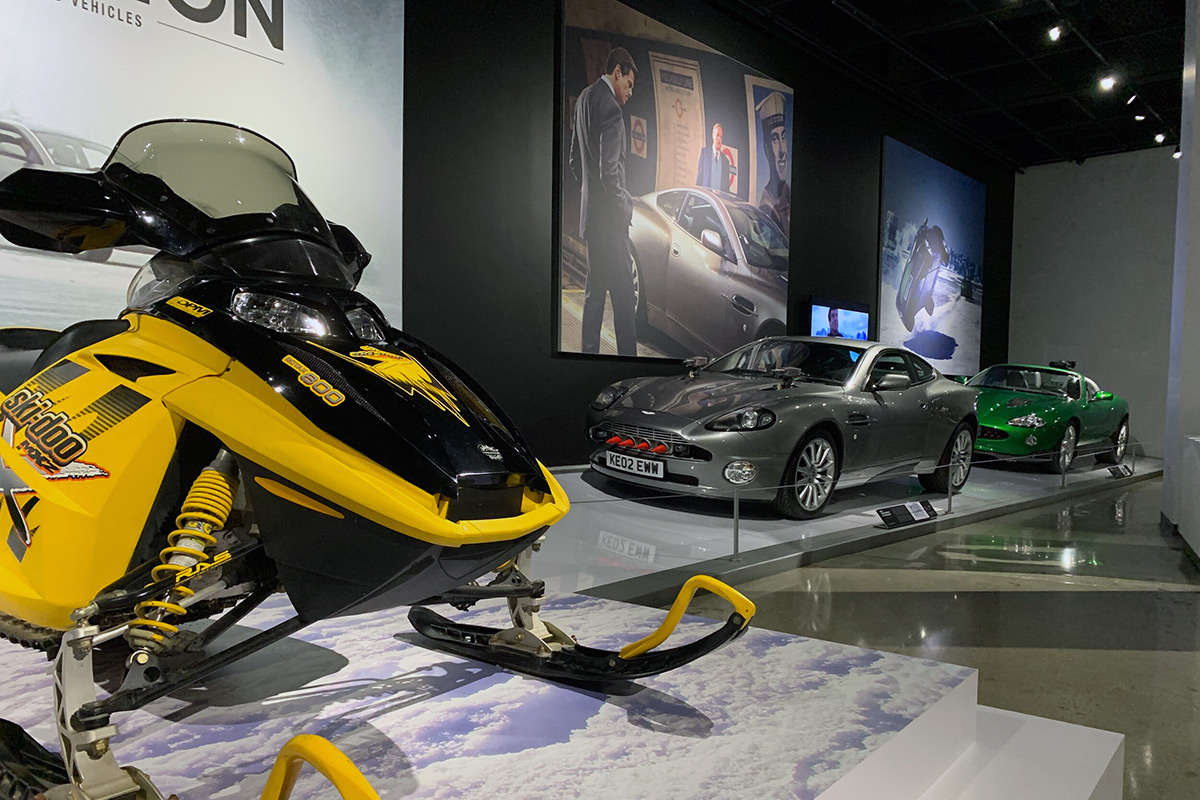 The Petersen Automotive Museum’s newest exhibit, Bond in Motion, celebrates the 60th anniversary of the James Bond film franchise through a diverse selection of iconic screen-used vehicles and is now open to the public in the Mullin Grand Salon gallery. The exhibit is the largest official Bond vehicle display to date in the U.S., featuring more than 30 cars, motorcycles, boats, submarines, helicopters and even scale filming models of aircraft from an array of both classic and contemporary Bond films.

“The vehicles that James Bond drives are a prominent part of the franchise’s legacy,” said Petersen Automotive Museum Executive Director Terry L. Karges. “The Petersen is excited to welcome all Bond fans, movie buffs and car enthusiasts to see many of these world-famous vehicles up-close in an intimate, yet exhilarating setting.” 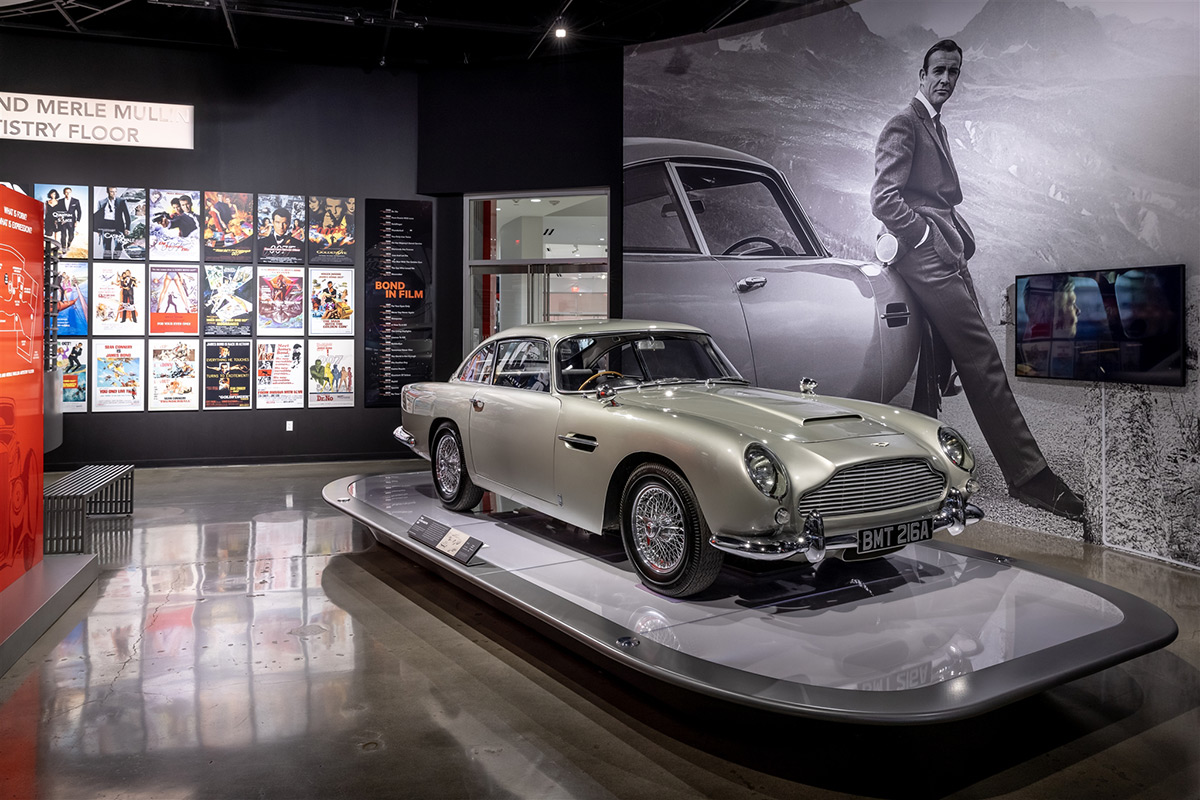 “Bond in Motion” was created as a collaboration between EON Productions and the Ian Fleming Foundation, with support from Metro Goldwyn Mayer (MGM), to explore how the vehicles featured in the Bond movies contributed to each movie’s popularity and legacy. Transportation of eight automobiles from the United Kingdom was generously donated and managed by DHL, who oversaw logistics for the last five Bond films and is the official partner of “No Time to Die” (2021).

The exhibit will run through October 30, 2022 and is included in the price of admission. It will also provide a space for upcoming screenings, panel discussions and lectures related to the Bond franchise. For more information about the Petersen Automotive Museum, please visit www.Petersen.org.

“Risky Business” Porsche 928 Driven by Tom Cruise Sells For $1.98 Million
2022 Geneva Motor Show Has Been Cancelled Due To The Pandemic