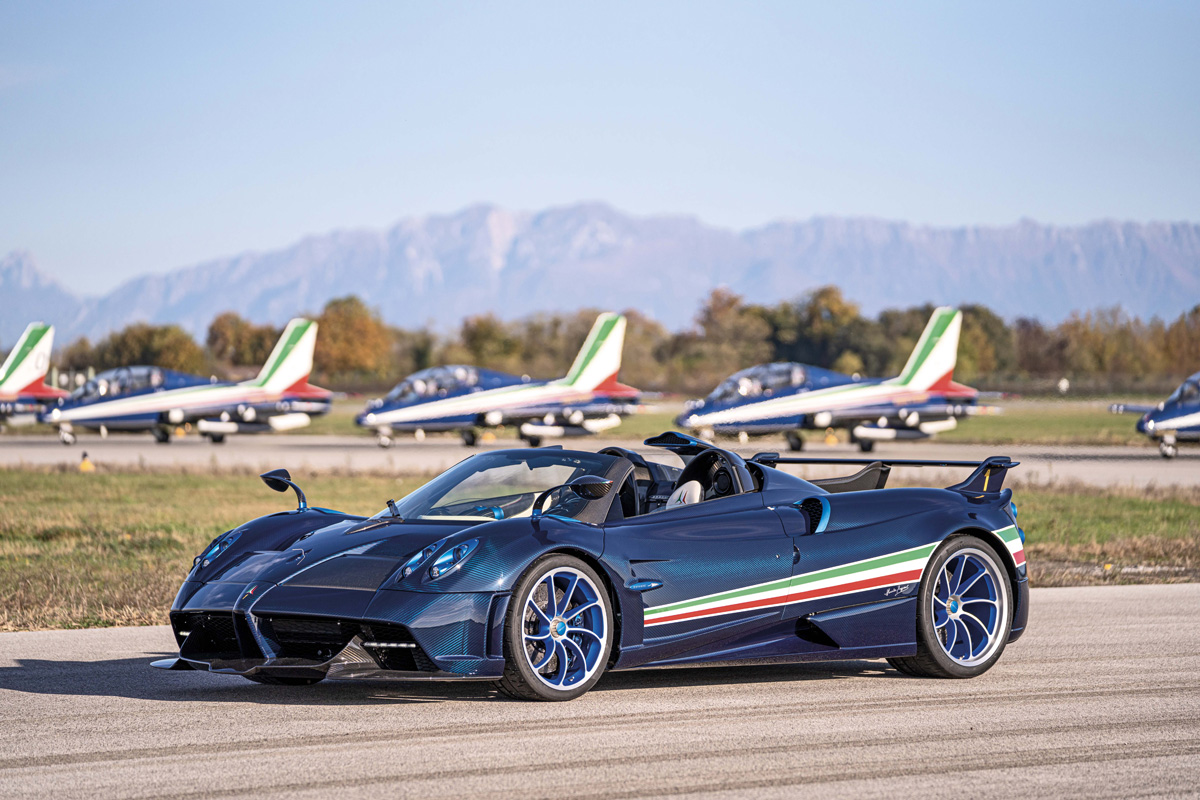 Feast your eyes on the Pagani Huayra Tricolore, a special-edition Huayra that pays tribute to the 60th anniversary of the Frecce Tricolori, the Italian Air Force Aerobatic Team that’s wowed an international audience of spectators for over half a century with their incredible aerobatics, demonstrating the dexterity and skill of which only the best pilots are capable.

If this sounds familiar, that’s because this isn’t the first time Pagani has honored them. Back in 2010, Pagani paid tribute to 50 years of such excellence by presenting the Zonda Tricolore, a Hypercar of which only three examples were made. Today it is one of the most exclusive and sought-after Zonda models in circulation.

Just as before, only three examples of the Pagani Huayra Tricolore will be built, each at a price of $6.75 million – A sharp increase over the price of the Zonda Tricolore, which sold for “only” $1.47 million. So what exactly do you get for nearly seven million dollars? Just one of the most bespoke hypercars on the planet. 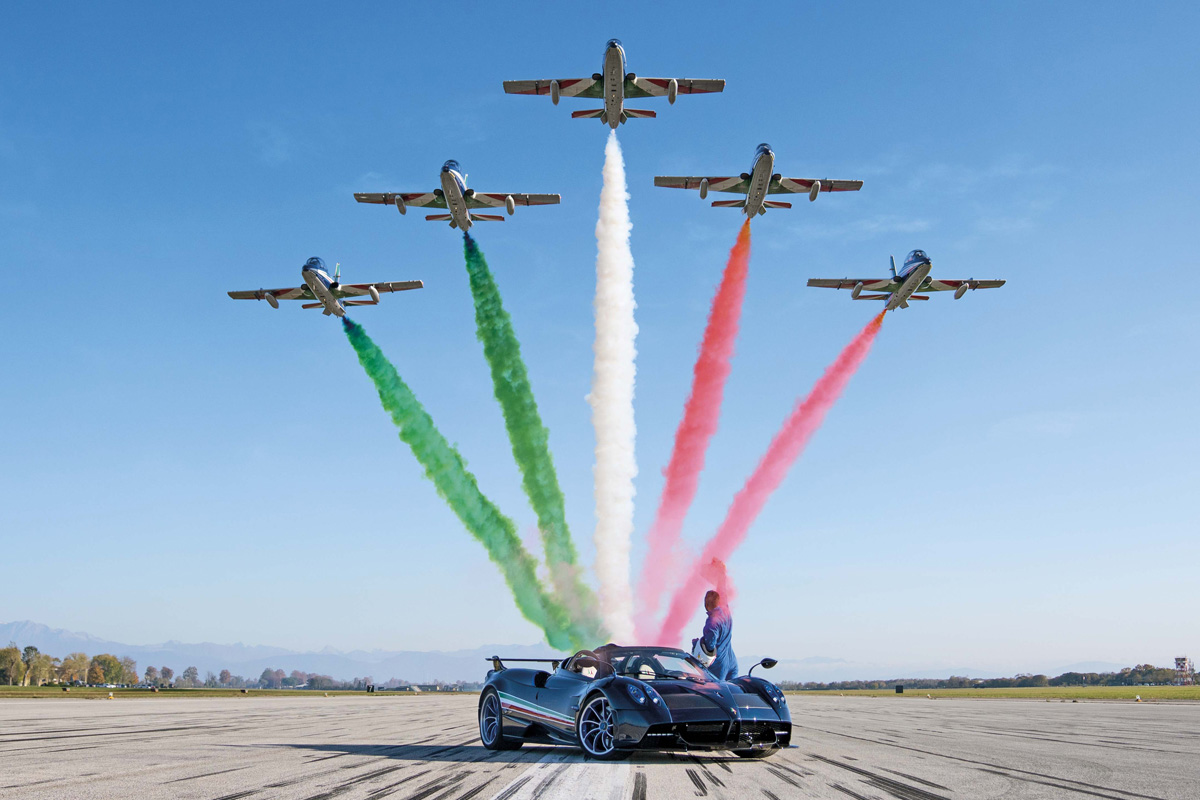 As you can see, the Huayra has been changed extensively for the Tricolore special edition. The bespoke body is a blue carbon-fiber weave with blue accents for the headlights, the roof’s been removed, and it also gets a new front splitter and rear diffuser for added downforce, as well as a new front bumper designed to guide cool air directly to the engine.

Red, white, and green Tricolore stripes flow down the sides of the car, the livery inspired by the Aermacchi MB-339 jets used by the Frecce Tricolori. The rear wing supports are also shaped to mimic the tailfin of this aircraft. Lastly, there’s a pitot tube, an instrument normally reserved for airplanes to measure macroscopic air speed, on the hood of the Huayra.. purely for looks.

Inside, the bespoke treatment continues, with a reworked interior that’s deeply inspired by the planes of the National Aerobatic Patrol. All aluminum components are made from aerospace grade alloys and machined from billet, before being anodized in the distinctive blue color. The gear knob, carved from a single block of aluminum and carbon. The leather seats get a two-tone splash of white and blue, paired with white, red, and green stripe inserts. 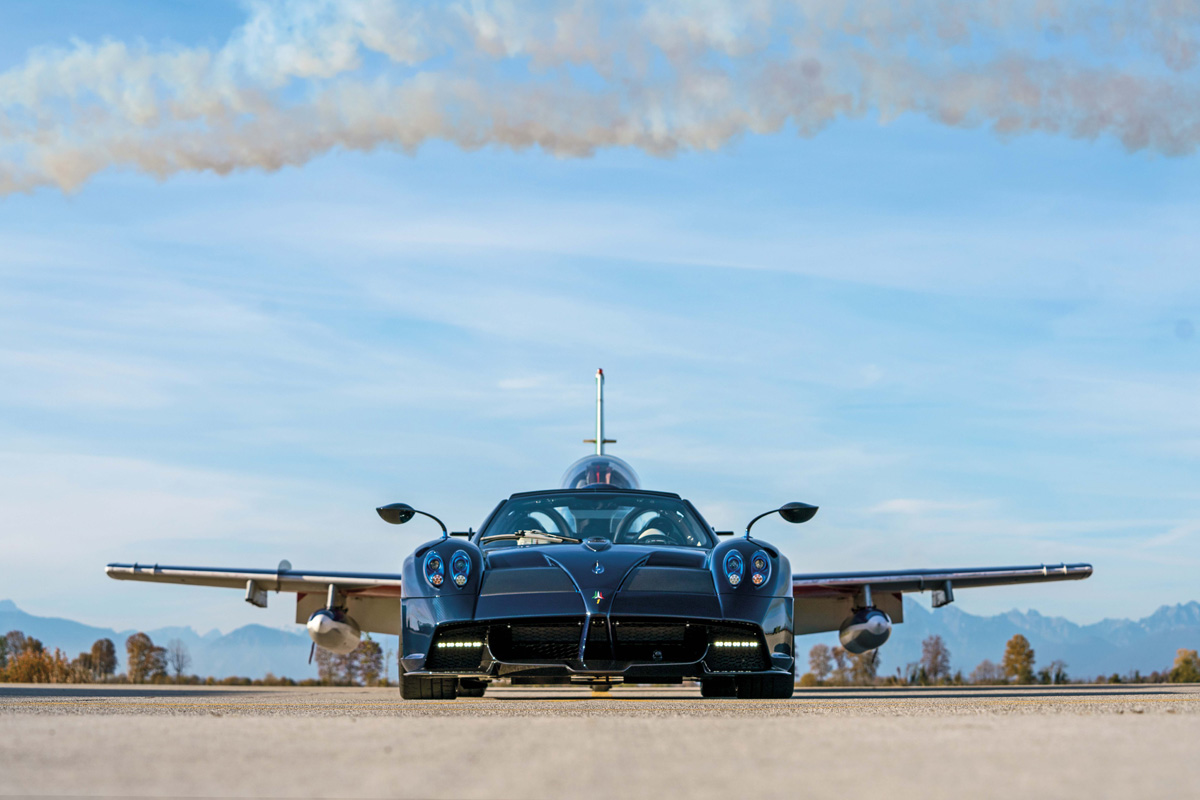 Under the hood is the same Mercedes-AMG 6.0-liter V-12 engine that’s found in other Huayra variants, but tuned to produce 840 horsepower and 811 pound-feet of torque. A seven-speed single-clutch sequential transmission delivers all that power to the rear wheels. According to Pagani, the entire transmission system is 35% lighter than a dual clutch gearbox.

In addition, the geometry of the suspension assembly has been designed to effectively transfer all 840 HP of the Pagani V12 to the ground, reducing dive and roll effects, during braking and cornering respectively. In combination with the electronically-controlled active shock absorbers, interconnected with the active aerodynamics to further enhance the stability of the vehicle, it ensures a perfect dynamic balance, adapting the car’s set-up to driving needs.

Given that the Huayra Tricolore weighs a scant 2,799 pounds dry, it should haul some serious ass, though Pagani hasn’t quoted performance figures for the Tricolore. Regardless, this is the most powerful Huayra model to date, and arguably the best looking as well. Here’s hoping that whoever buys these cars will actually drive them once in awhile, rather than store them away in a collection somewhere. 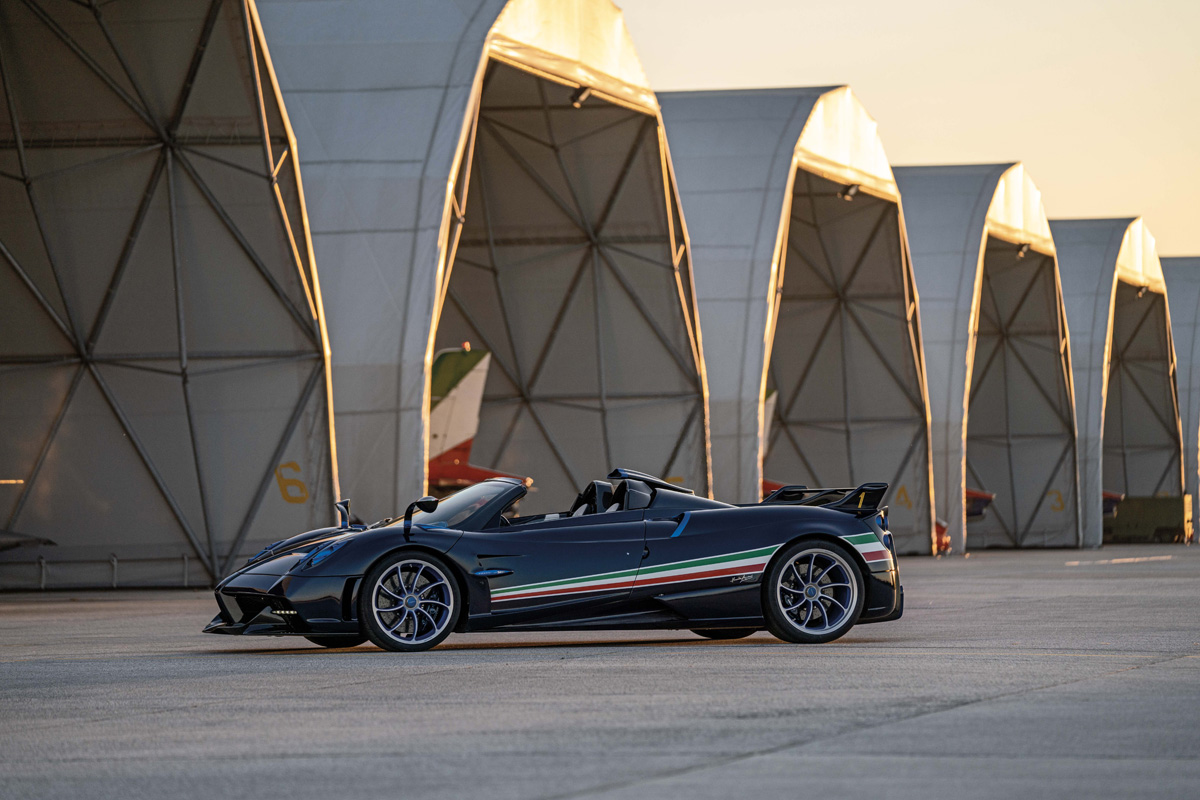 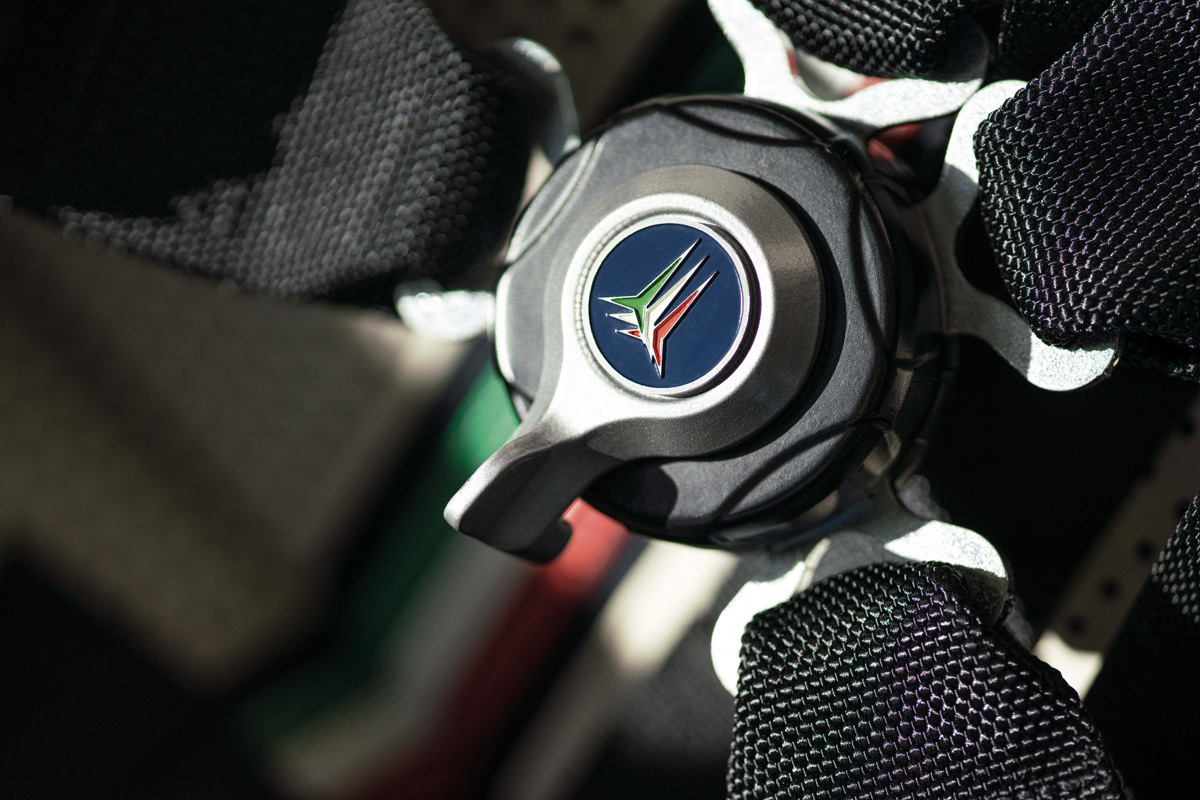 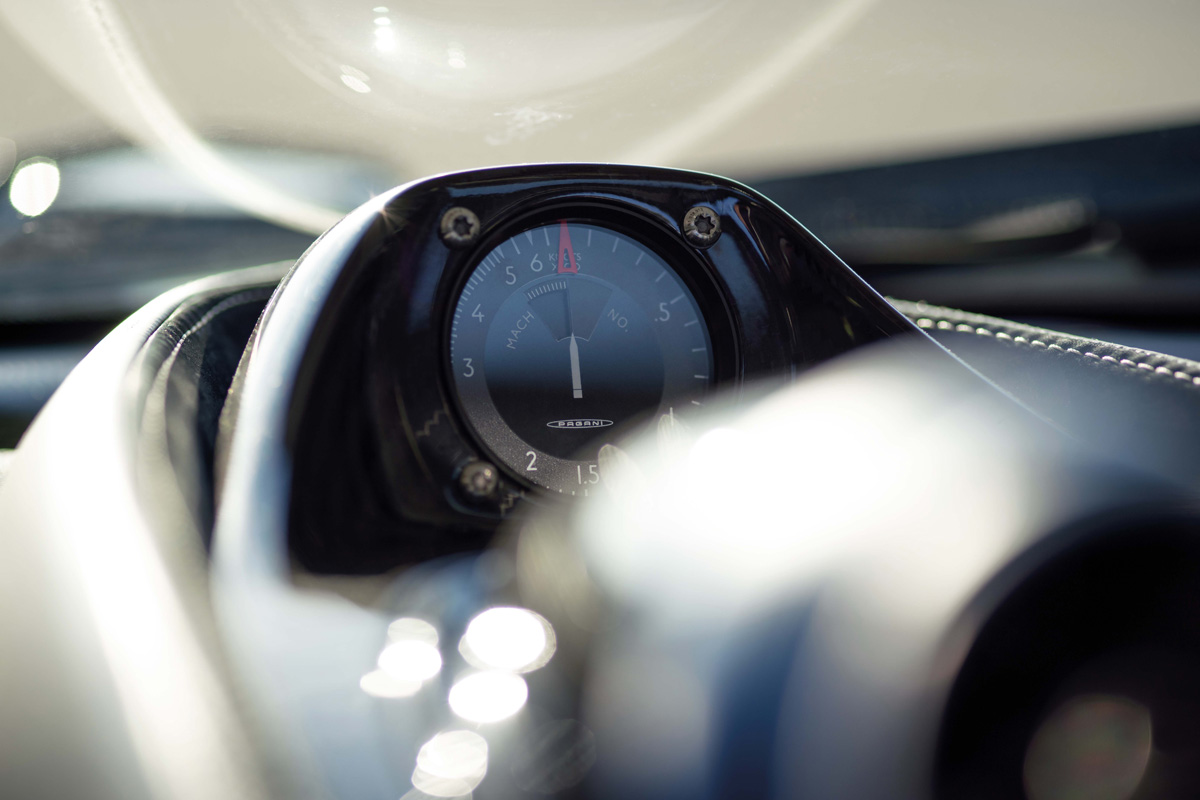 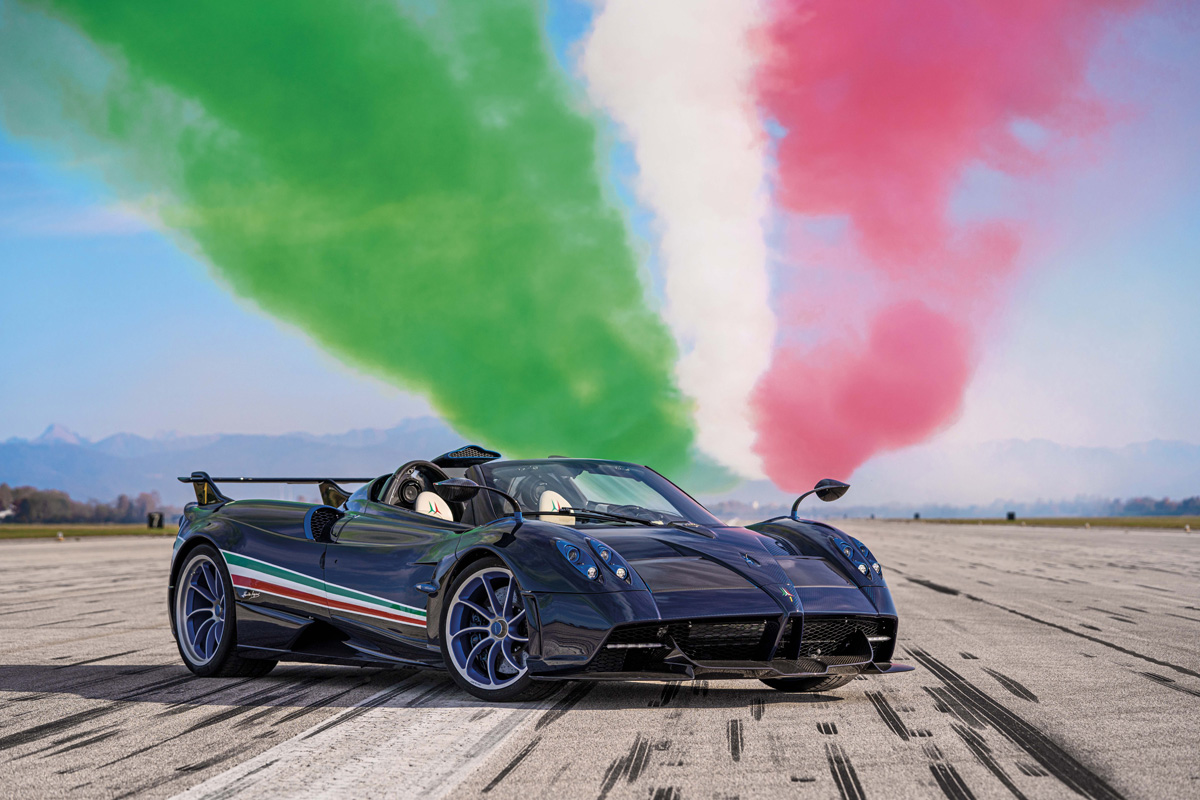 What do you think of the Pagani Huayra Tricolore?