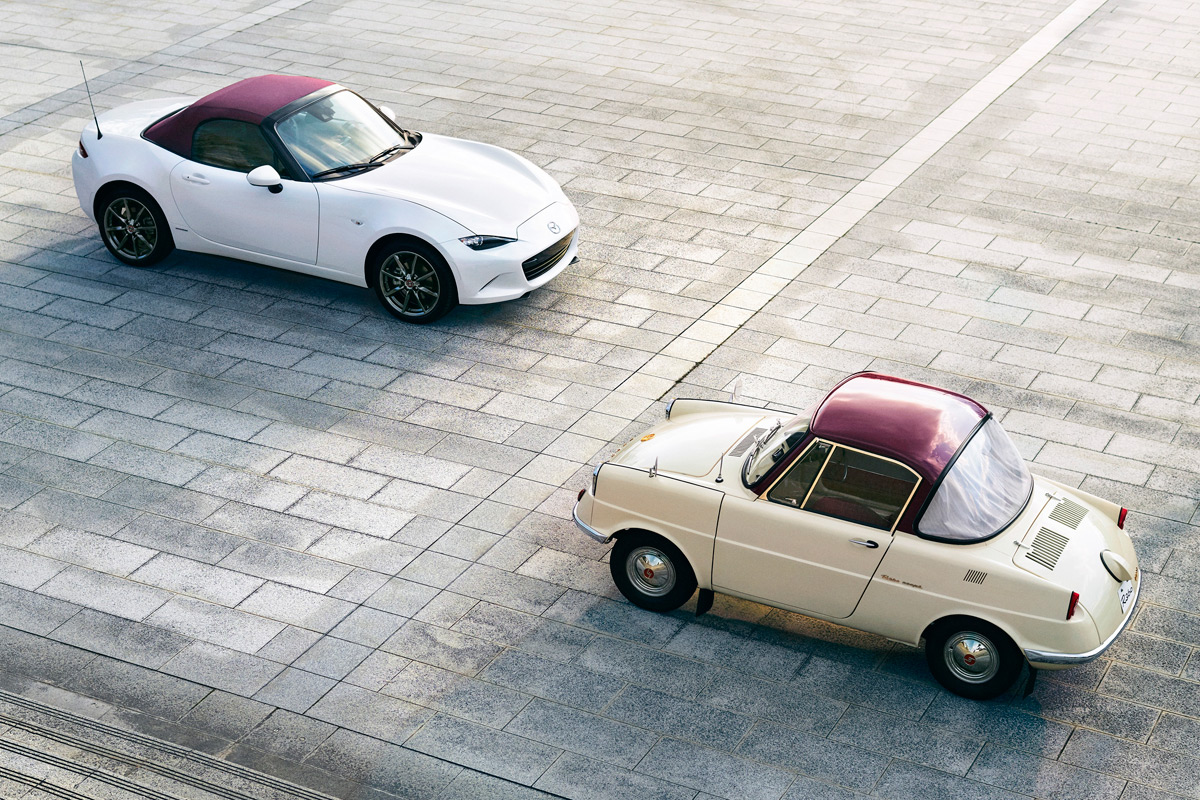 Mazda North American Operations announced today that the 100th Anniversary Special Edition Mazda MX-5 Miata will be offered in limited numbers for the U.S. later this year. The iconic roadster is a symbol of dynamic, top-down driving on thrilling open roads, making it the perfect vehicle to honor the brand’s 100-year milestone.

The 100th Anniversary Special Edition MX-5 Miata is available with either an exclusive red soft top or as an RF (retractable fastback). It will be offered in Snowflake White Pearl Mica premium exterior paint and accented by red styling features throughout. The front fender has a minimalist “100 Years 1920 – 2020” badge while the wheel center caps feature the 100th Anniversary Special Logo in red and black. 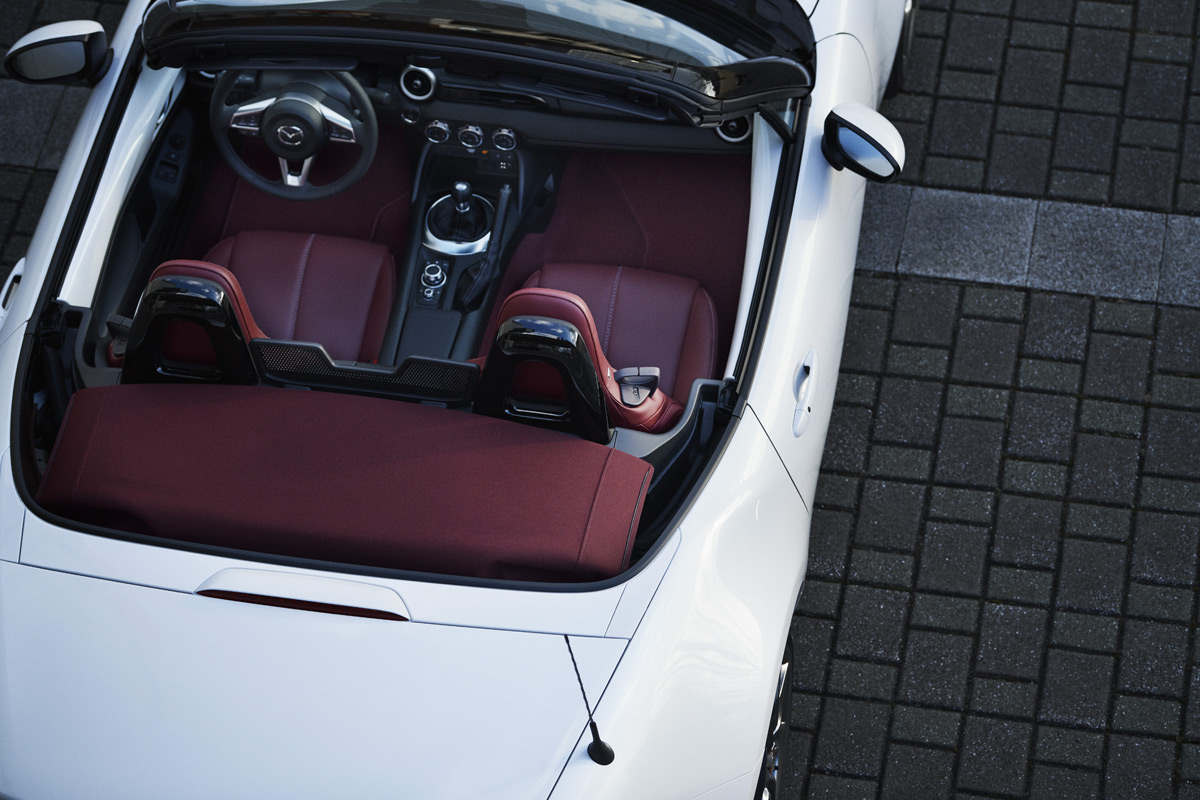 The red leather seats and red carpet add a level of sophistication while giving a nod to the two-tone R360 Coupe, Mazda’s first passenger car. The headrests are embossed with the 100th Anniversary Special Logo, while the red floor mats share the same badge as the front fender. To bring the package together, the key fob is embossed with the 100th Anniversary Special Logo and presented in a special edition box.

This commemorative Miata is based upon the 2020 MX-5 Grand Touring, equipped with a four-cylinder Skyactiv-G 2.0 engine capable of delivering up to 181 horsepower and 151 lb-ft of torque and can be paired with a six-speed manual or a quick-shifting six-speed automatic transmission with paddle shifters. Manual transmission versions will include a limited-slip differential, Bilstein dampers, front shock tower brace, sports suspension and, for the RF, a black roof. Other features include Apple CarPlay and Android Auto, heated leather seats, Bose audio system that include driver and passenger headrest speakers, automatic climate control and 17-inch dark silver aluminum alloy wheels. 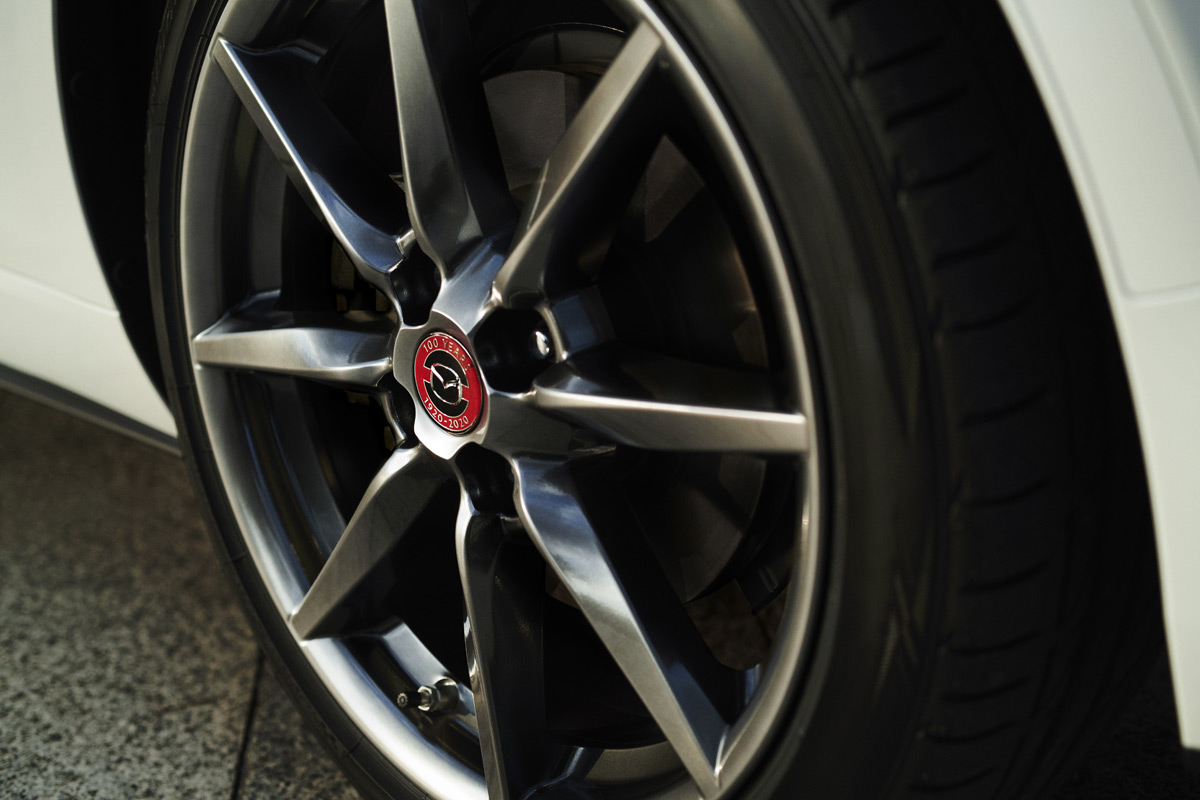 In addition to this special vehicle, the Mazda Collection is introducing 100th Anniversary Special Edition items to express the years of appreciation and to commemorate the brand’s centennial. The new items include a cast metal keychain medallion, made in Japan ceramic mugs featuring either the Cosmo Sport or RX-Vision, and model cars in 1/43 scale that feature heritage and concept Mazda vehicles. Available in early July, is the “Mazda One Hundred” coffee table book, with a curated selection of images that honor the past, present and the future of Mazda. The book is a visual journey through Mazda’s origins, its passion for motorsport, its award-winning design language and pioneering cars – all the time emphasizing the manufacturer’s challenger spirit, and commitment to the joy of driving. 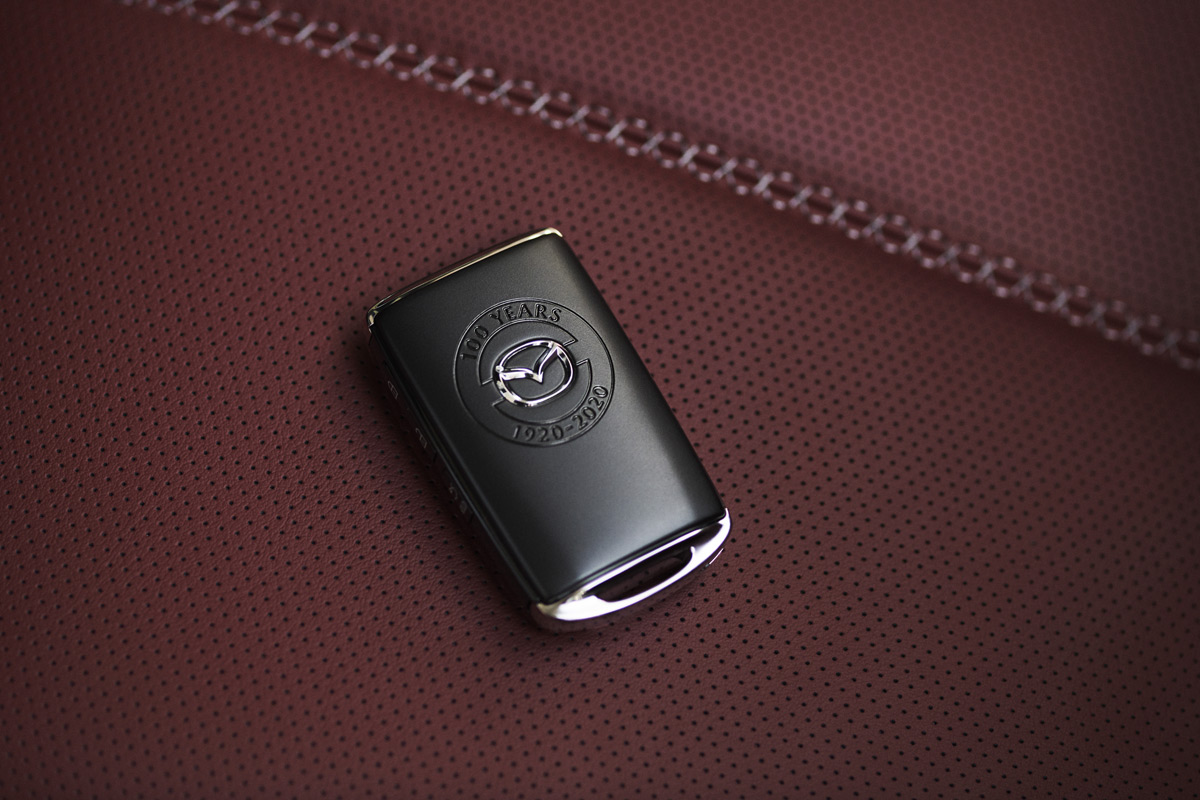 Mazda is certainly no stranger to special edition Miata’s, and they tend to hold their value pretty well over time, thanks to their unique colors and limited production. What do you think of the 100th Anniversary Special Edition Miata?