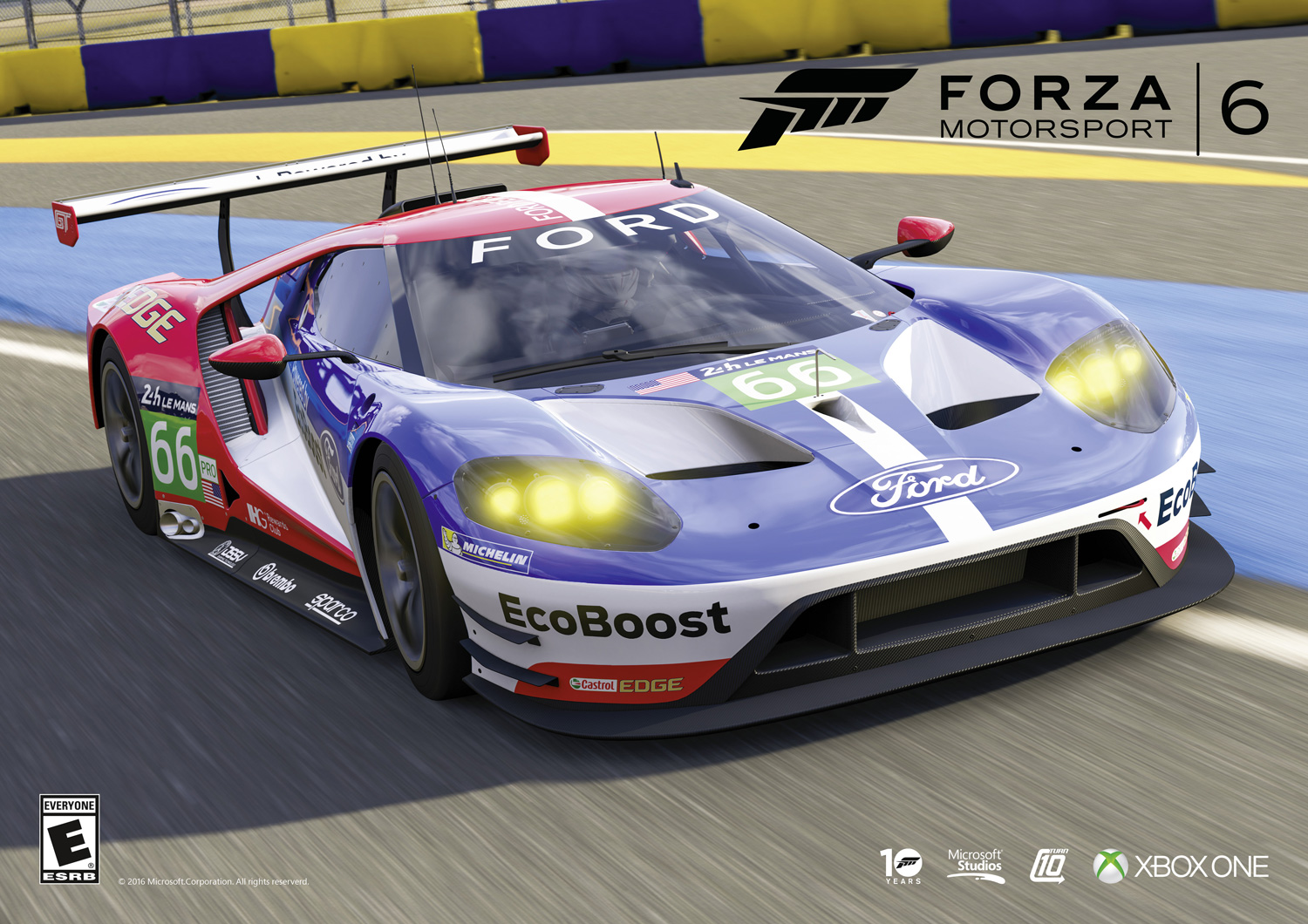 To celebrate Ford’s return to the Le Mans 24 Hours endurance race 50 years after recording an historic 1-2-3 victory in 1966, the #66 Ford GT race car is now available to drive in the Forza Motorsport 6 racing game for Xbox One.

Starting today, codes to download the Ford GT Le Mans race car for free will be sent direct to the Xbox Live message inboxes of gamers who play Forza Motorsport 6.

Ford is running two Ford Chip Ganassi Racing Ford GTs in the FIA World Endurance Championship and two in the IMSA WeatherTech SportsCar Championship this year. All four Ford GTs will compete for GTE Pro class glory at the Le Mans 24 Hours that starts at 15:00 CET on June 18 in France.

“Ford’s 1966 Le Mans victory is the stuff of motorsport legend, and now we’re back to take on the world’s toughest endurance race with our most technologically advanced car ever,” said Henry Ford III, global marketing manager, Ford Performance. “We’ve worked closely with Forza and Xbox so that millions of Forza Motorsport 6 gamers can experience the excitement of our Le Mans return side-by-side with Ford.”

The Ford GT race car is based on the all-new Ford GT supercar, which is the pinnacle product of the Ford Performance division. With state-of-the-art aerodynamics, lightweight carbon fibre construction and a powerful and efficient Ford EcoBoost engine, the Ford GT has been built to go head-to-head with the GT establishment – Ferrari, Corvette, Porsche and Aston Martin – as they fight for victory in the ultimate endurance battle.

The Forza Motorsport 6 cover star Ford GT road car – expected to start arriving in customers’ garages by the end of 2016 – has been available to drive in-game since the launch of the acclaimed title last year.

With the recent Xbox One price drop, there’s never been a better time to pick one up!