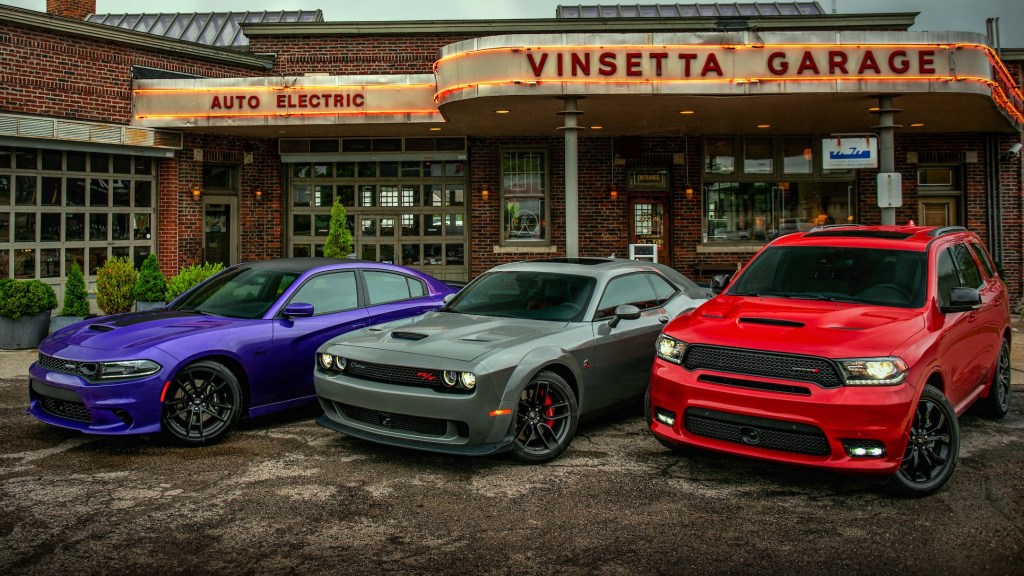 America’s performance brand continues to push the limits. Leveraging its unrivaled performance and unmatched horsepower, combined with the industry-exclusive “Dodge Power Dollars” program, which gives customers across the United States who purchase any 2019 Dodge Challenger, Dodge Charger or Dodge Durango a $10 per horsepower cash allowance, the Dodge brand has blown past its initial goal of growing to 500 million horsepower by the end of the year, more than two months ahead of its goal.

“‘Dodge Power Dollars’ has more than exceeded our expectations, giving a huge boost to Dodge performance across the country and helping us reach our goal of putting a half billion horsepower into the hands of our loyal enthusiast by the end of the year,” said Tim Kuniskis, Global Head of Alfa Romeo and Head of Passenger Cars – Dodge, SRT, Chrysler and FIAT, FCA – North America. “These Dodge muscle cars are attracting a new generation of shoppers who are drawn to the performance, attitude and personality of the Dodge brand – a brand that continues to differentiate itself within the car segment. This is the golden age of muscle cars.”

The Dodge Challenger reported a record third quarter in 2019, building on its best ever sales record in 2018, while the Charger notched its highest level of third-quarter sales in 13 years, on pace to lead the U.S. large car segment for three years running in 2019. Over the past decade, Challenger and Charger sales have increased more than 60 percent. Durango is on track to have its best calendar-year sales total since 2005.

The “Dodge Power Dollars” $10 per horsepower cash allowance is available on any 2019 Dodge Charger, Challenger or Durango from dealer inventory until Jan. 2, 2020.

Despite reaching its 500 million horsepower goal ahead of its year-end target, Dodge isn’t resting. The brand has a plan to thank its loyal fans for the extra horsepower push with a social media event, with the details to be announced next week.

Subaru Reveals Pricing For Limited Edition STI S209, And It’s Not Cheap!
The 2019 Polaris Slingshot SLR Is The Most Fun You Can Have On Three Wheels