The Bugatti Bolide Concept Is Ridiculously Fast and Lightweight, A Potent Combo 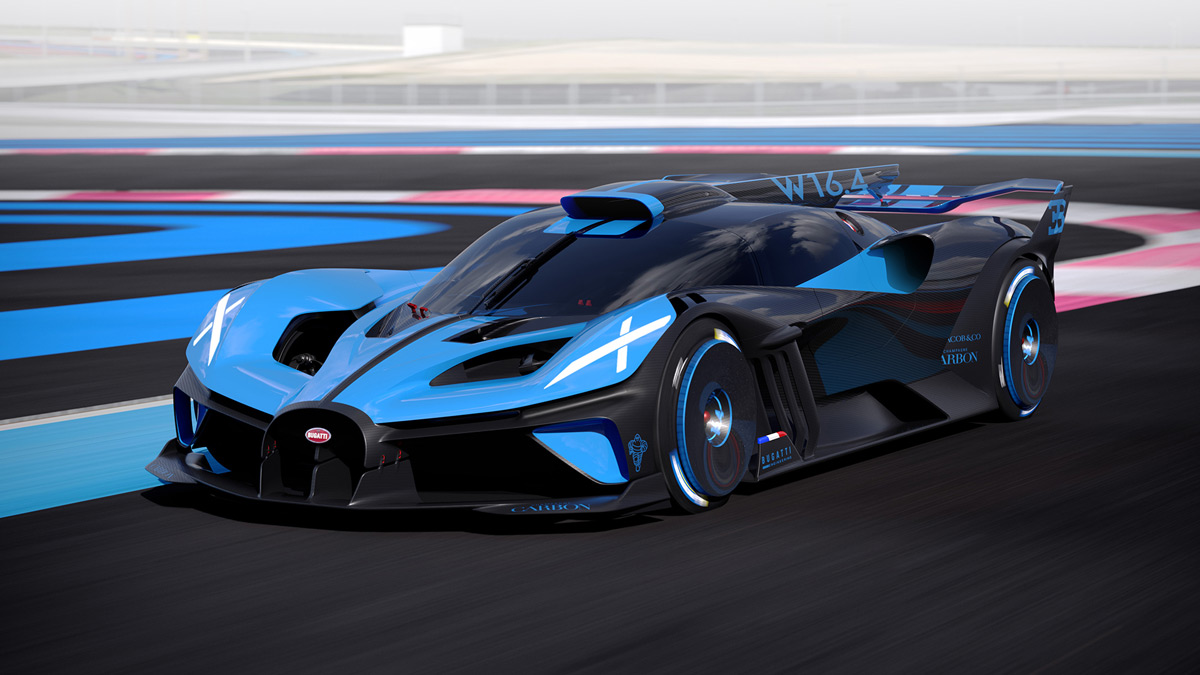 French luxury car manufacturer Bugatti has unveiled a technological concept that might just be the most incredible car they’ve ever built. It’s called the Bugatti Bolide, the name French slang for “a very fast car”. And based on the performance numbers they provided, the name is perfectly suited for this beastly ride.

The Bugatti Bolide is powered by the iconic 8.0-liter W16 engine, which powers a number of their supercars. But here, it’s been reworked to produce a crazy 1,825 horsepower and 1,364 lb-ft of torque. Bugatti also removed a ton of weight from the car, with the Bolide tipping the scales at just 2,734 pounds. That’s a seriously potent combo, it’s basically a Mazda Miata with 10x the power and all-wheel drive! 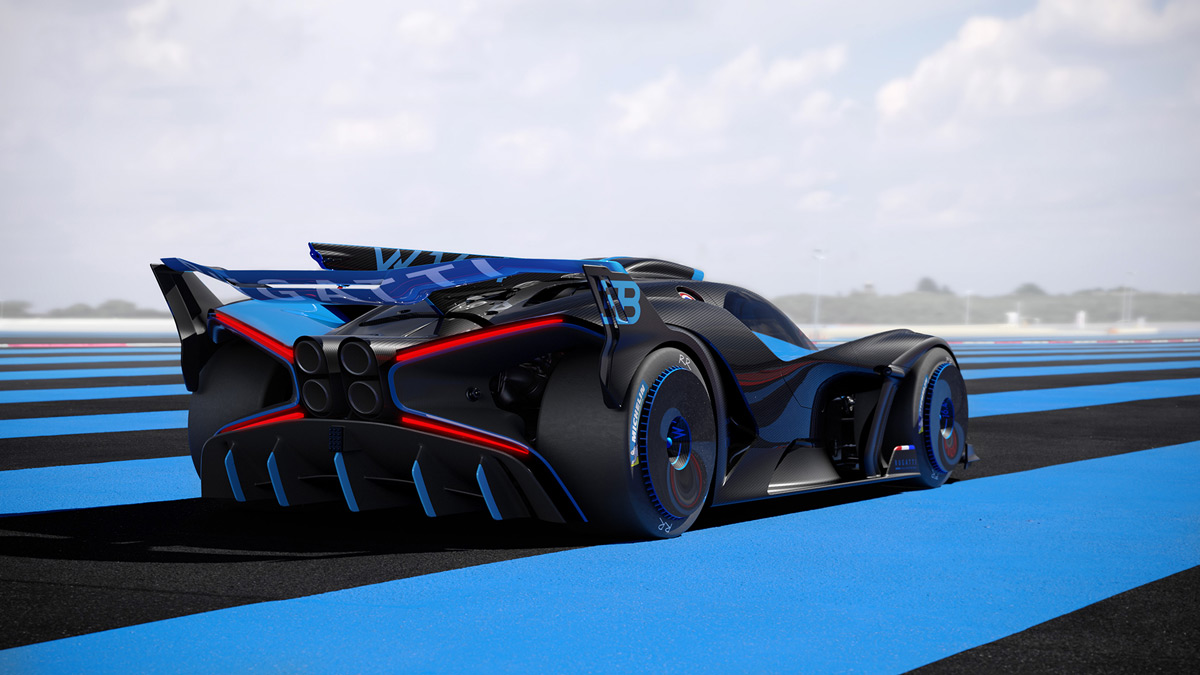 Based on simulations, the Bolide should have a top speed in excess of 310 mph, which would eclipse the Chiron’s 304 mph record. But much like the Bugatti Divo, the Bolide is built for the track, with the car lapping the famed Nürburgring in just 5:23.1 minutes (in simulations), putting it just behind the Porsche 919 Hybrid Evo racing prototype.

Needless to say, this car is seriously fast. Bugatti extracted more power from the 8.0 liter W16 engine by fitting it with four new turbochargers with optimized blades, along with dethrottling the intake & exhaust system to achieve even faster, more spontaneous, and extreme response characteristics. Modifications were made to the lubrication system and dry sump design, while an air-to-air intercooler with water pre-cooling keeps things nice and cool. 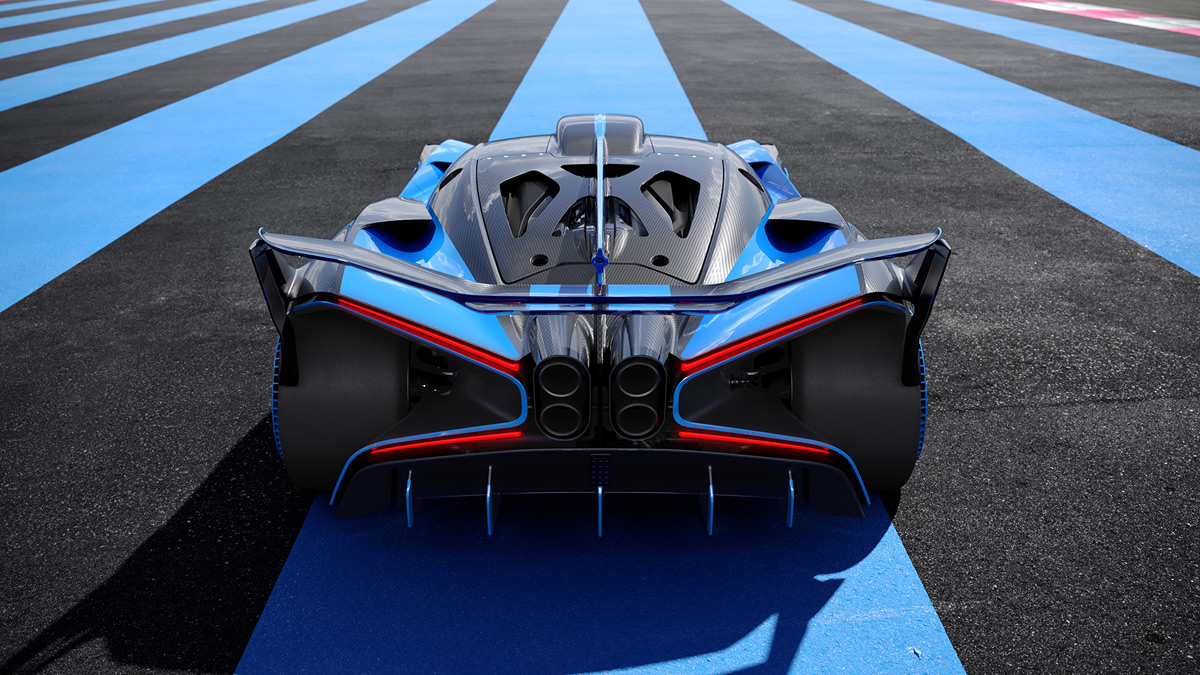 In order to achieve a dry weight of 2,734 pounds, Bugatti stripped the Bolide down to the bare necessities. The Bolide uses a special carbon monocoque with two seats. The front end flanged to the monocoque as well as the underbody are both made of high-strength carbon fiber. Windows are made of a lightweight polycarbonate. Heck, even all the screw and fastening elements are made of titanium, as every ounce counts here.

A first for Bugatti is the morphable outer skin of the intake scoop on the roof, to provide active airflow optimization. At slow speeds, the surface of the scoop remains smooth. At higher speeds, a field of bubbles emerge to reduce the aerodynamic drag of the scoop by 10% and ensures a 17% reduction in lift forces. In addition, the flow onto the rear wing is optimized. At 200 mph, the downforce is 3,968 lbs at the rear wing and 1,764 lbs at the front wing. Even the stainless steel control arms are designed as wing profiles. 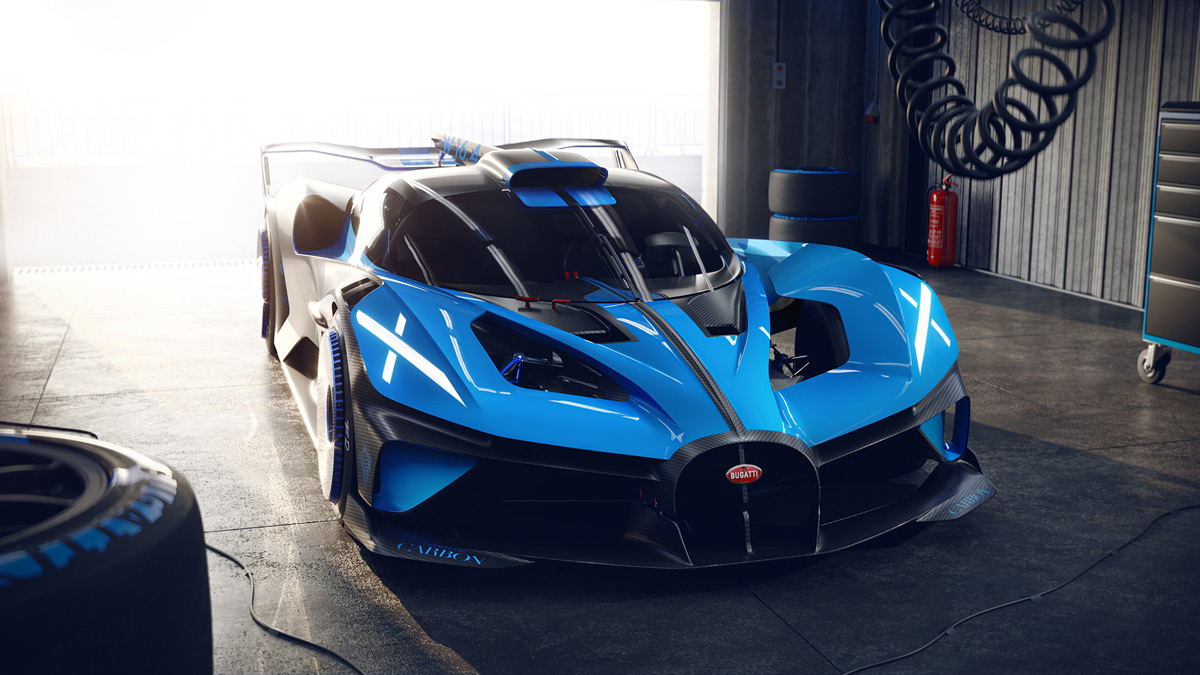 “Bugatti stands for the continuous quest for technological innovations, in alignment with the company’s brand values of excellence, courage, dedication. And Bugatti never stands still. We are perpetually aiming for new and exciting goals, and the question that we always keep in mind is: what if?” says Stephan Winkelmann, President of Bugatti.

“We asked ourselves how we could realize the W16 engine as a technical symbol of the brand in its purest form – with solely four wheels, engine, gearbox, steering wheel and, as the only luxury, two seats. Important aspects of our considerations were fine-tuning our powertrain without any limitations with regards the weight-to-power ratio. These considerations resulted in the Bugatti Bolide. An uncompromising experiment, a thoroughbred that in its brute exclusivity, impresses above all with high performance, low weight, and a driving experience in a whole new dimension. Driving the Bolide is like riding on a cannonball.” 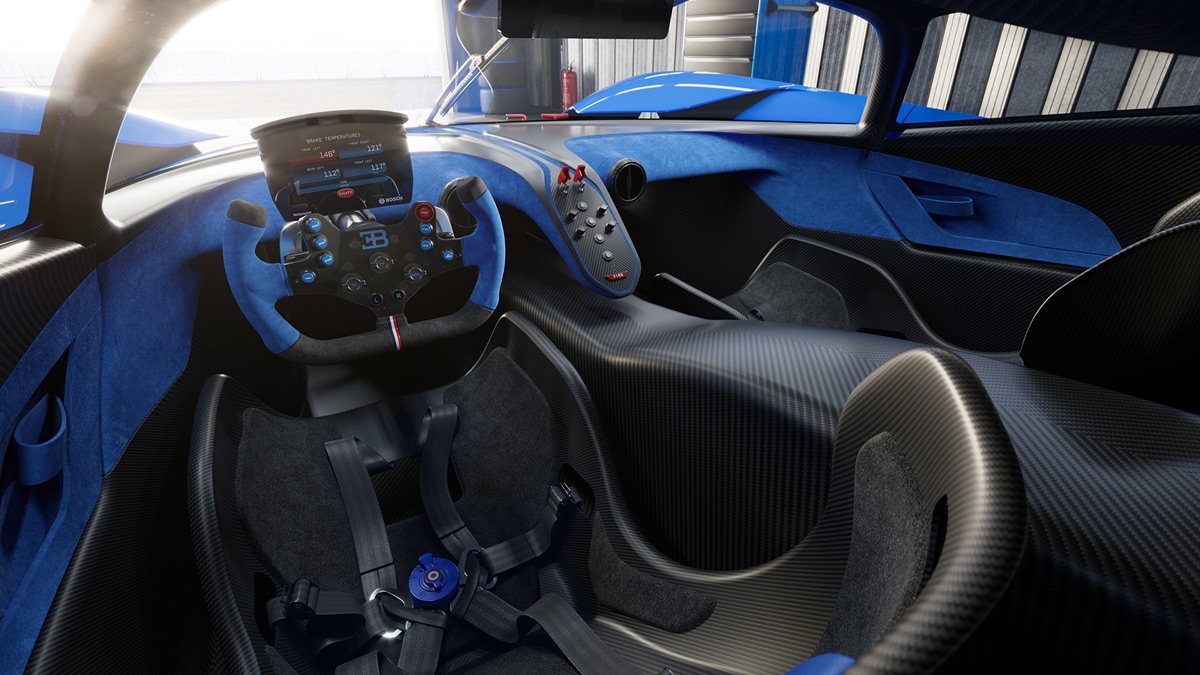 As you might expect, the Bugatti Bolide is currently just a concept, with no decision if it’ll go into production. But if their customers want the Bolide to become a reality and speak with their wallets, we could very well see it come to fruition. After all, Bugatti just got knocked down a peg by the SSC Tuatara stealing their top-speed title, and they need redemption.

What do you think of the Bugatti Bolide? 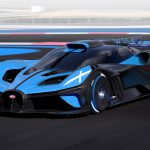 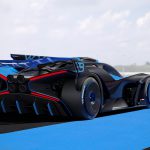 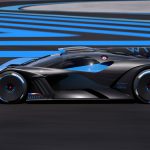 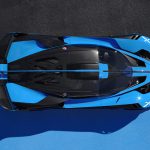 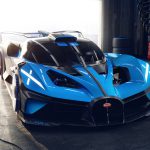 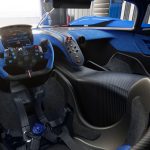 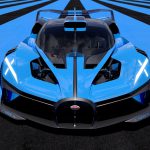 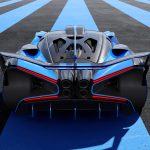 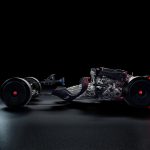 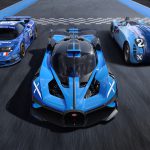