Rumors about a Raptorized Bronco have been circulating ever since the new Bronco was first announced. But now we’ve got confirmation from Ford CEO Jim Farley that a Ford Bronco Raptor is headed our way in 2022!

Details are basically nil right now, but from the brief glimpse we saw in the teaser video above, it looks like there’s a new body kit, with the word “FORD” replacing the “BRONCO” badging on the front grille, and amber daytime running lights.

It goes without saying under the hood will be a more powerful engine, though it remains to be seen just how much power they’ll throw at it. And of course, the suspension will likely get a complete overhaul, as the truck gets transformed from a crawler to a Baja runner.

Can’t wait to find out more about the upcoming Ford Bronco Raptor! 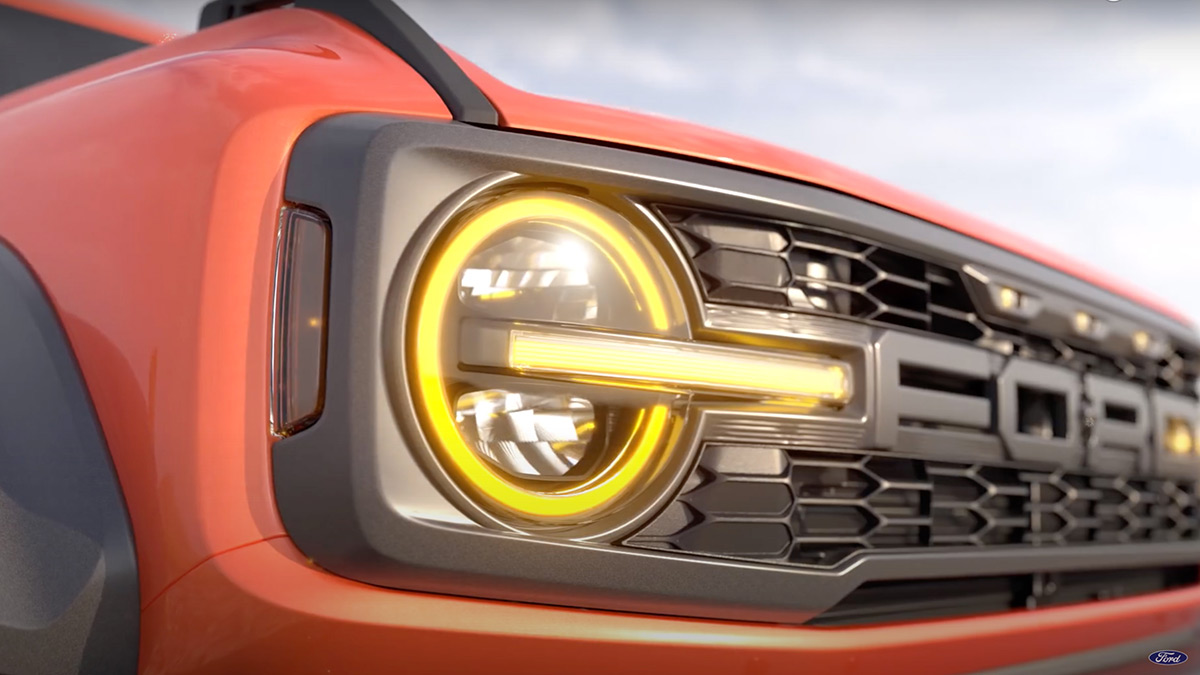