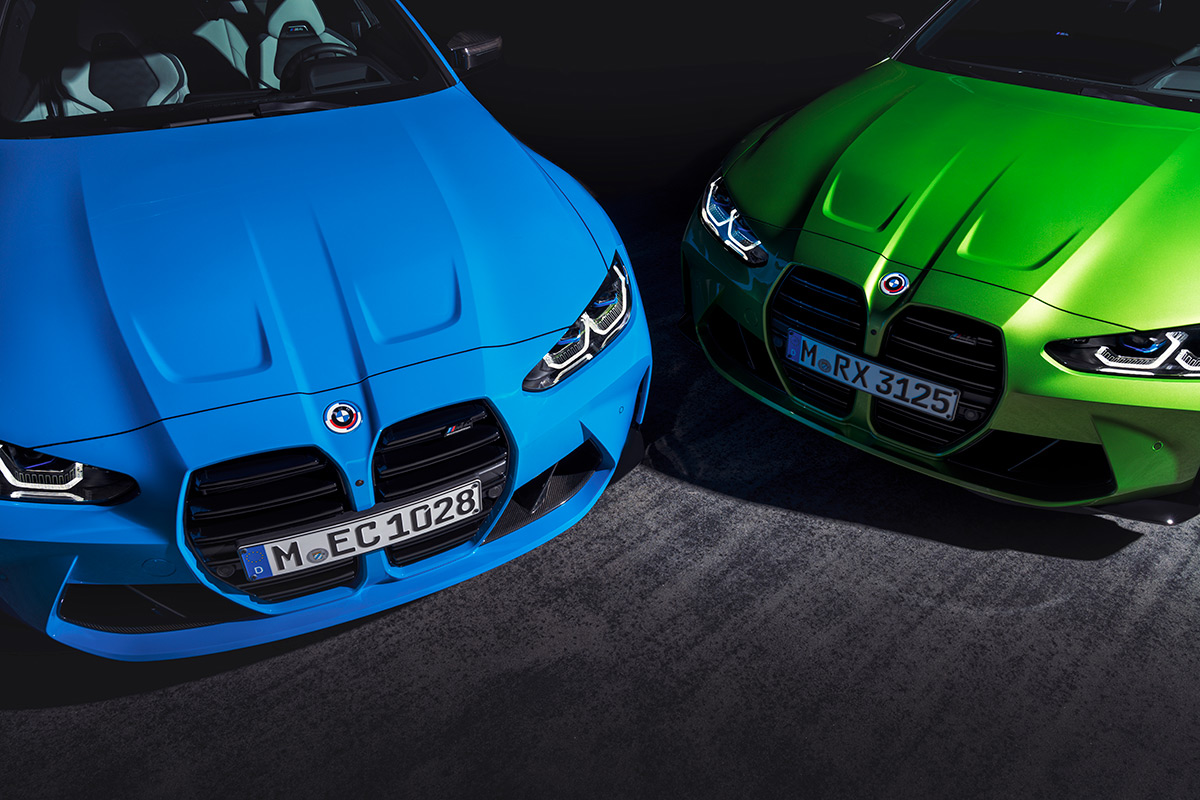 2022 marks the 50th anniversary of the founding of BMW M GmbH. To help celebrate half-a-century of performance and racing cars from the iconic brand, U.S. customers who opt for a BMW M high-performance automobile (M3, M4, X3 M, etc.) with a production date from March 2022 will have their vehicle’s front, rear and wheel hubs adorned with emblems inspired by the classic “BMW Motorsport” logo. The logo will be optionally available on BMW M performance models (M340i, M440i, X3 M40i, etc.). As an alternative to the conventional BMW emblem, it signals passion for racing and for the roots of the BMW M brand. This unique offer in the history of BMW M will be available for order from the end of January 2022.

The BMW logo with the shifted semicircles in blue, violet and red was first used in 1973 on the racing cars of BMW Motorsport GmbH, which had been established a year before. In 1978 and with the debut of the BMW M1 the three-color stripes slanted to the right and leaning on the letter M followed. Even beyond the motorsport scene it became a trademark with particularly high recognition value and identification power.

The legendary BMW M1 was the only BMW M high-performance production vehicle to bear the historic motorsport emblem in addition to the logo with the three-color stripes. In both logos, the blue stands for BMW, while the red symbolizes racing and the violet expresses the connection between the two. Since then, the violet has given way to a dark blue, and BMW Motorsport GmbH has been operating under the name BMW M GmbH from 1993 till today. In its 50th year of existence, the company is enjoying more success than ever as the world market leader in the performance and high-performance automotive segment.

“With the classic BMW Motorsport emblem, we would like to share our joy about the anniversary of BMW M GmbH with fans of the brand,” says Franciscus van Meel, Chairman of the Board of Management of BMW M GmbH. “We have a great year ahead of us, which will be celebrated with unique product highlights and exciting performances. The M has long been considered the strongest letter in the world, and in our company’s anniversary year it is stronger than ever.”

BMW M GmbH is also aiming for another sales record in 2021. Its performance and high-performance automobiles are enjoying steadily growing popularity worldwide, which will be fueled once again with new product highlights in the anniversary year. Performance-oriented fans of the brand can look forward to a spectacular special model of the BMW M4 Coupe. The successor model to the successful BMW M2 is also in the advanced stages of its series development. In parallel, the electrification of the BMW M brand is also being driven forward. In the anniversary year, the first electrified high-performance model in the history of BMW M GmbH will be launched.

BMW M GmbH will not only celebrate its anniversary with attractive new products, but also with numerous events. Anniversary performances are planned in May 2022 at the Concorso d’Eleganza Villa d’Este on Lake Como in Northern Italy, followed by the Goodwood Festival of Speed in Great Britain and the Concours d’Elegance in Pebble Beach, California. The 24-hour race at Nürburgring will also be a special occasion for BMW M GmbH to review its own successful history together with fans and to thrill them for the future of BMW M GmbH.