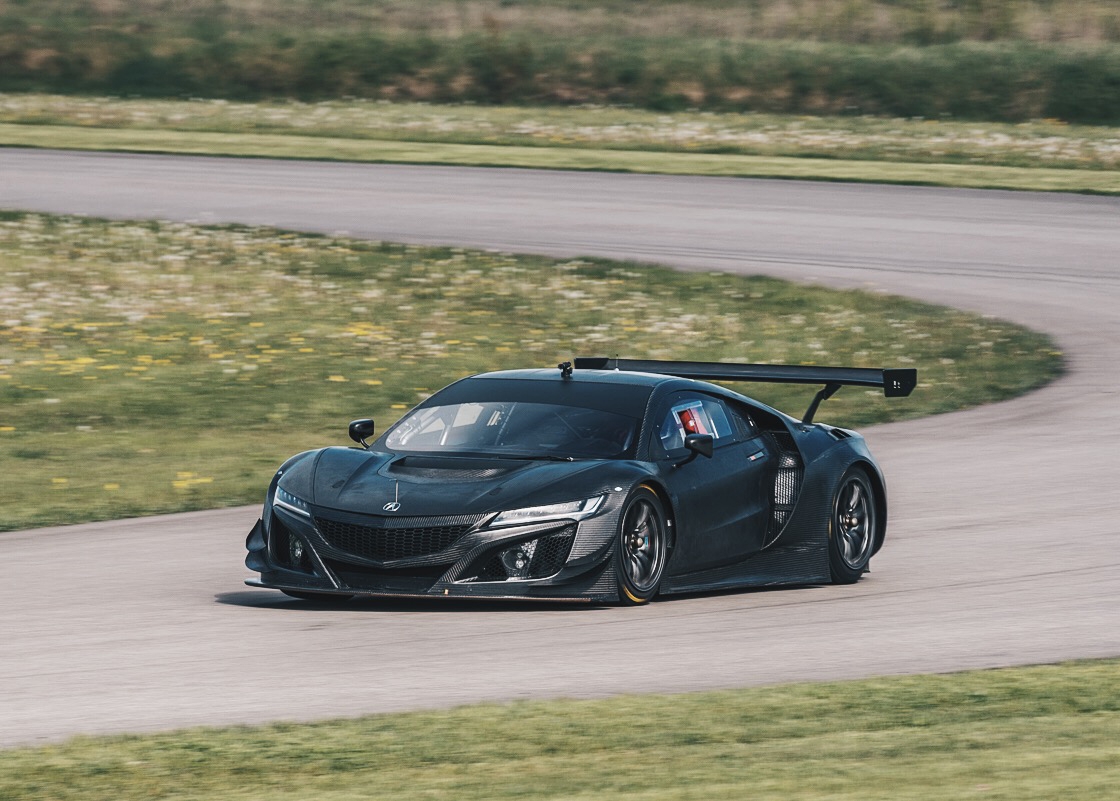 Fresh off a near-production Acura NSX winning its North American racing debut at the Pikes Peak International Hill Climb in the Time Attack 2 class, Acura has released these first official images of the NSX GT3 racecar as it prepares to campaign in North America in 2017.

The twin-turbocharged Acura NSX GT3 racecar was photographed with exposed, lightweight, carbon fiber bodywork at GingerMan Raceway as part of its continued development at circuits throughout the U.S. The vehicle is slated for homologation as an FIA GT3 class racecar this fall. 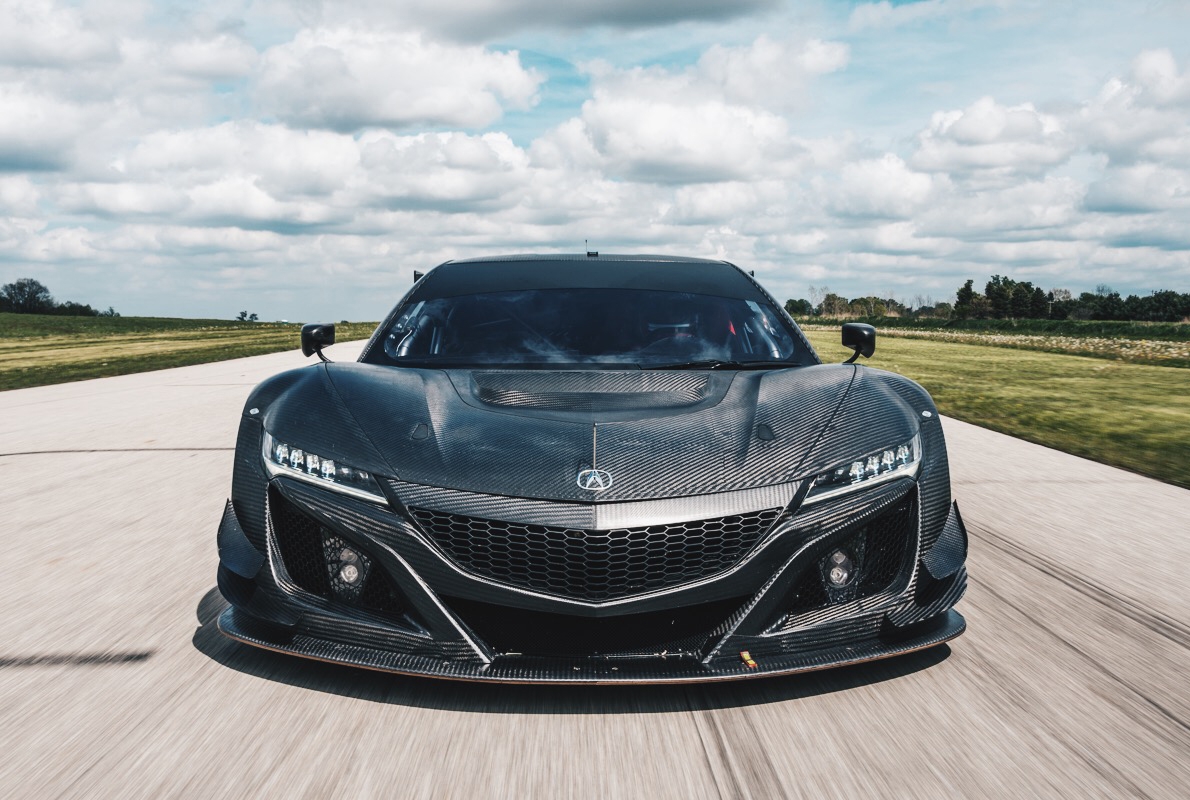 The Acura NSX GT3 is produced by the Performance Manufacturing Center in Ohio, which is also the exclusive manufacturing home for the new Acura NSX. Its twin turbocharged V-6 engine is assembled in Ohio as well. Initial development of the NSX GT3 racecar was conducted by the company’s Japan race engineering arm with testing on race circuits in Europe and Japan. 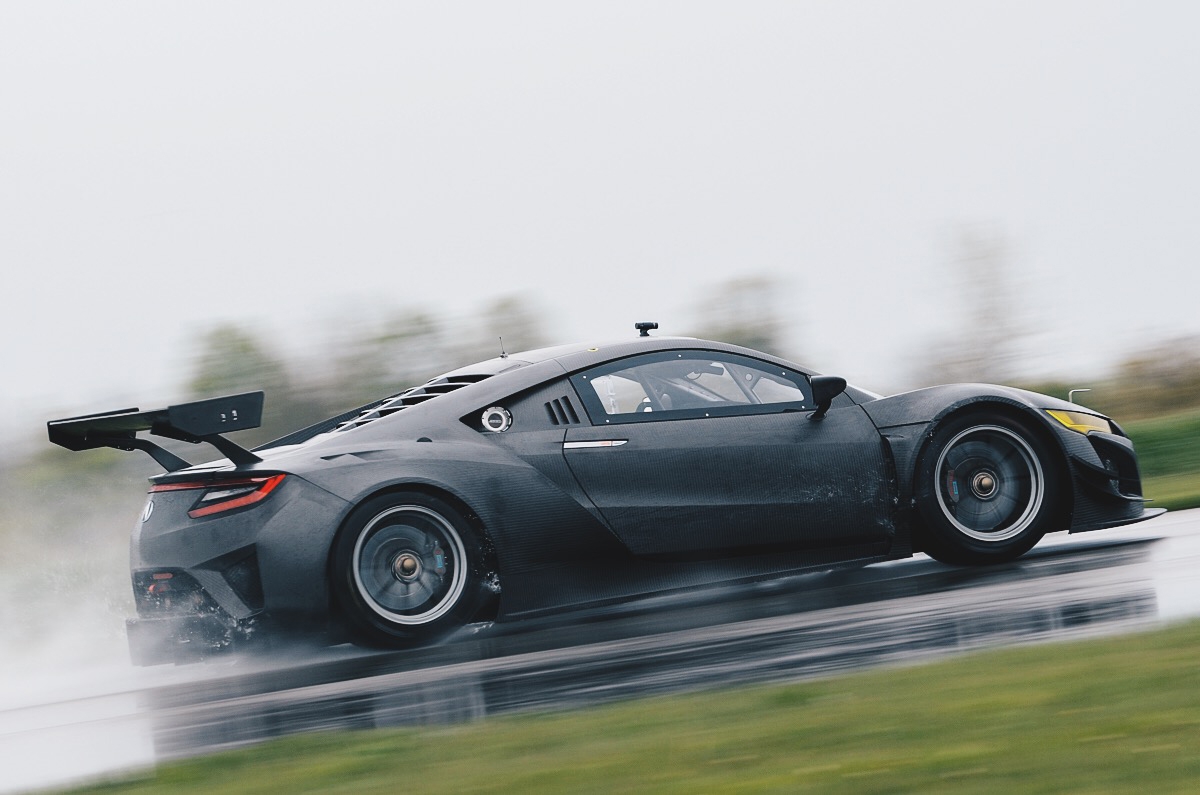 The Acura NSX GT3 racecar will advance the rich legacy of Acura sports car racing campaigns and championships, including the 1991, 1992 and 1993 IMSA Camel Lights manufacturer and driver championships, and the 2009 American LeMans manufacturer, driver and team championships in both the LMP1 and LMP2 classes.

Acura currently campaigns a pair of TLX GT cars with Real Time Racing in the Pirelli World Challenge. On Sunday, June 26, Acura’s Ryan Eversley completed a sweep of the doubleheader race weekend at Road America in the TLX GT.