The 2019 Alfa Romeo Stelvio Quadrifoglio Is One Bitchin’ Performance SUV 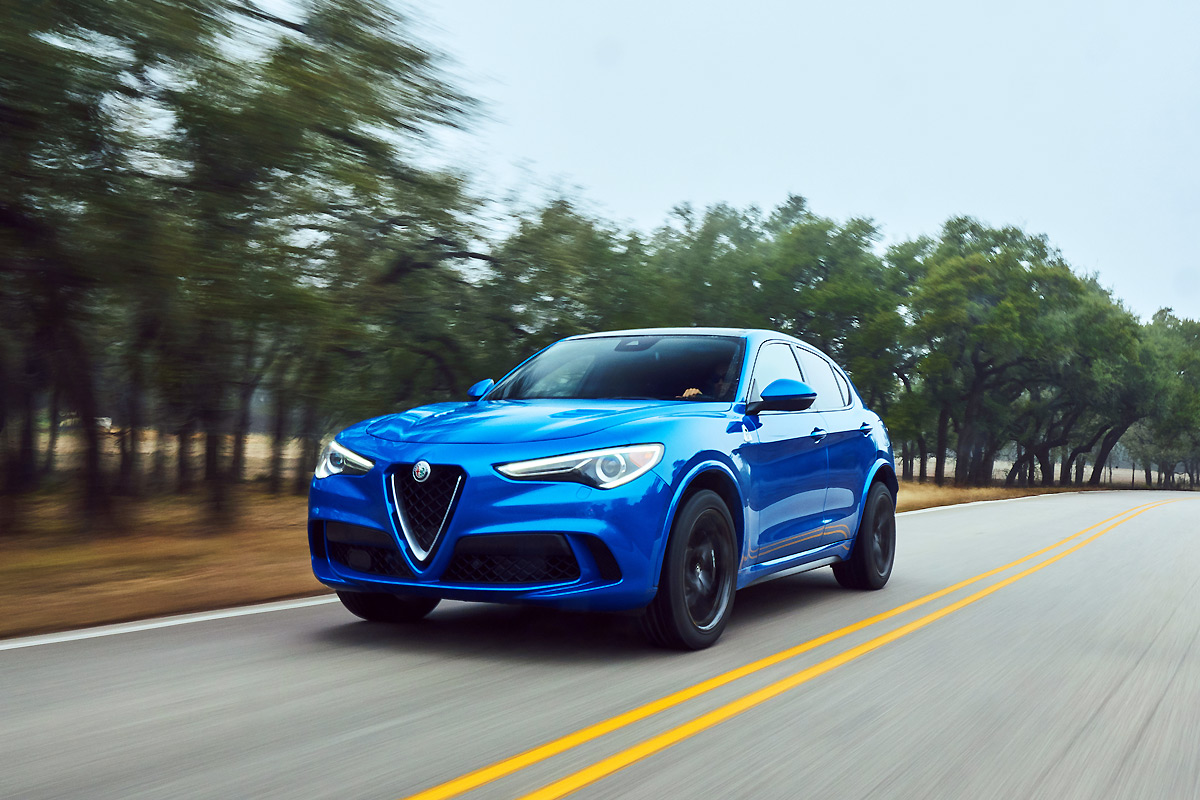 Introduced in 2018, the Alfa Romeo Stelvio became the Italian brand’s first crossover-SUV. The Stelvio is based on a rear-wheel drive platform and features strong road dynamics, beautiful styling, and some of the most beautiful wheels on the street.

The Stelvio comes in three trims: There’s the base, the Ti with its luxurious appointments, and finally the Quadrifoglio and its high performance awesomeness. We clearly have no bias as to which we would prefer, but there’s a lot going on with the Stelvio in all trim levels. We’ve just got a tough time seeing the point when you have a supercharged 2.9-liter V6 that puts out 505 horsepower as an option. 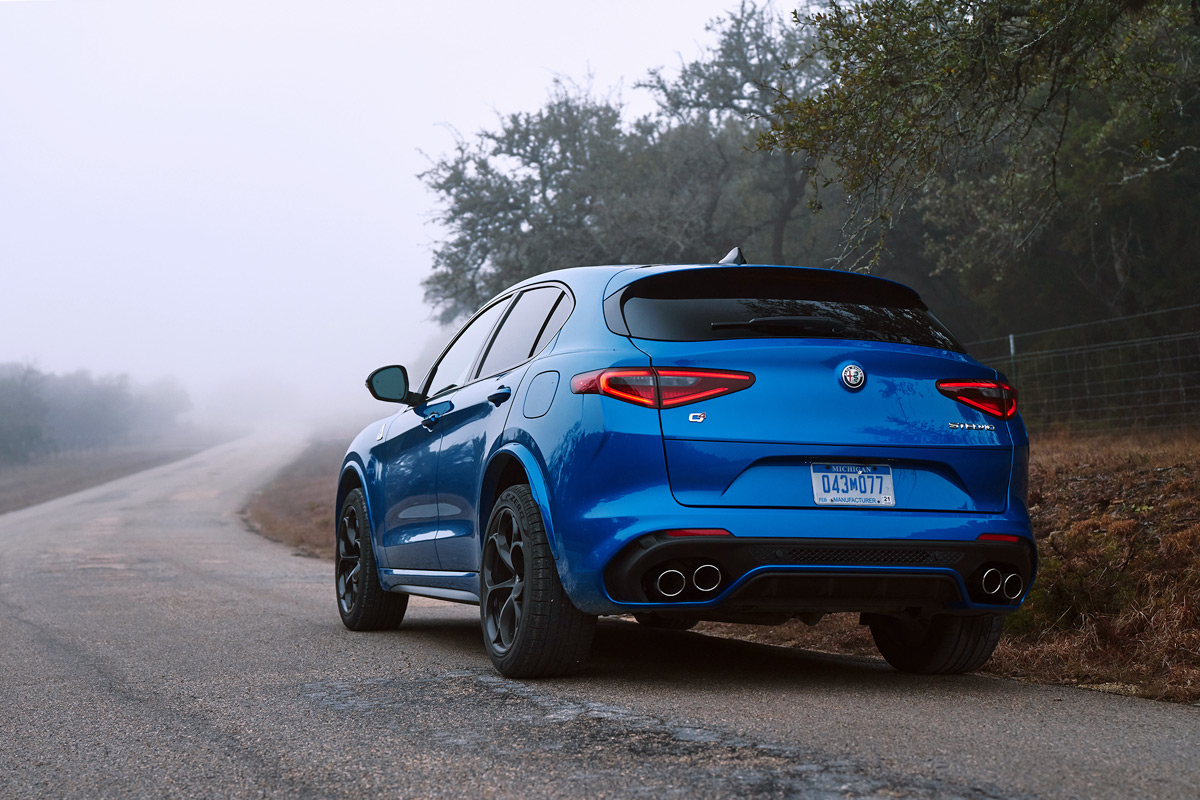 Our tester was the 2019 Alfa Romeo Stelvio Quadrifoglio, and of course, the Stelvio comes with the usual Alfa Romeo quirks. The engine start button is on the steering wheel, the back seat is only just usable, and cargo is compromised in the name of beautiful styling. Frankly, if you’re buying the Stelvio based on utilitarian ideals, you’re shopping in the wrong market. Again, get the Quadrifoglio. Seriously.

For those who don’t need 505 horses at their beck and call, the Stelvio Ti trim with a few add-on options is a great choice. The 2.0-liter turbo four is a good little churner that outputs a responsive 280 horsepower. The Ti comes standard with all-wheel drive, adds a lot of luxury items to the Stelvio, and can be had for about $45,000. 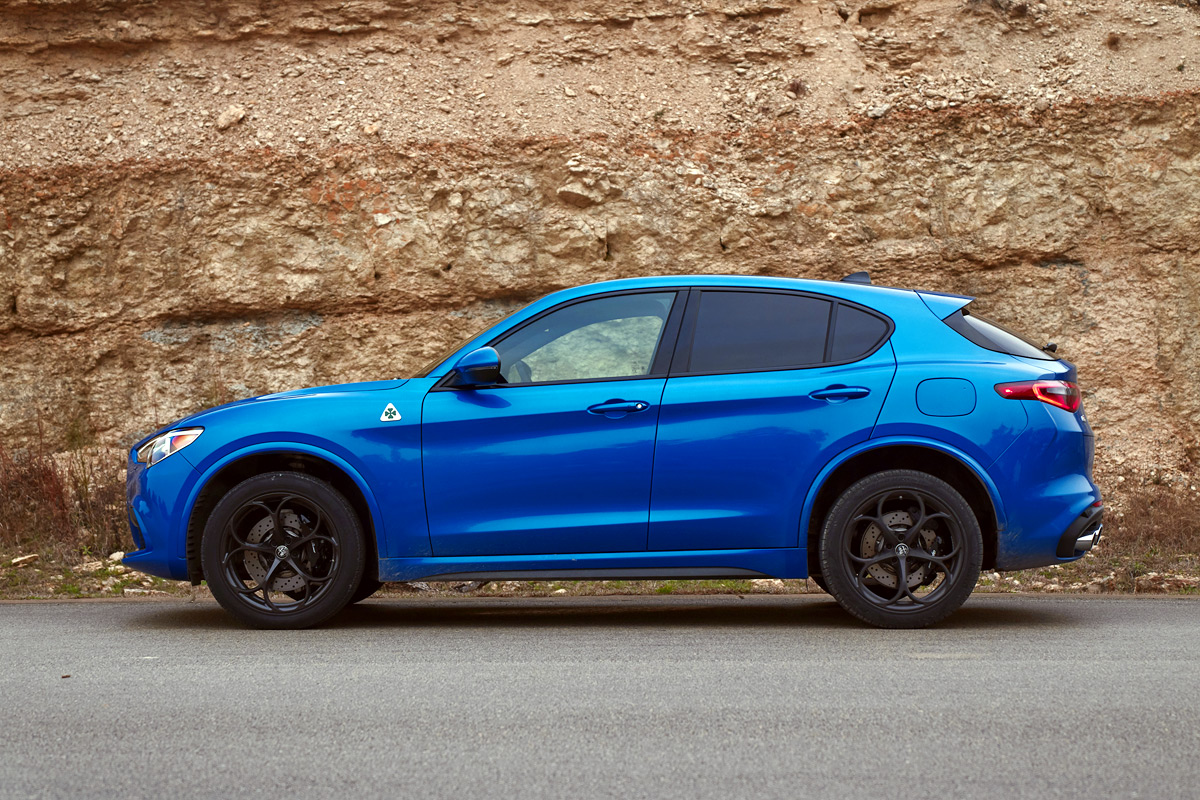 Upping to the Quadrifoglio will nearly double that price, with a not-so-insignificant starting price of $80,245 (and topping out at $95,865 if you check every option box), but the Stelvio becomes a completely different beast when you step up to the four-leaf clover.

While the engine upgrade is the big draw for the Quadrifoglio package, it also gets most of the Ti’s optional equipment as standard, along with 20-inch wheels, Brembo brakes, and a Harman Kardon sound system. Not to mention stiffer suspension tuning to handle the extra brute force of that engine, better tires, and engine tuning courtesy of Ferrari (who actually designed it). The Stelvio may not be a serious track contender in this package, but it’s as track-ready as any muscle crossover or SUV you’d like to name to run against it. Especially in the corners. 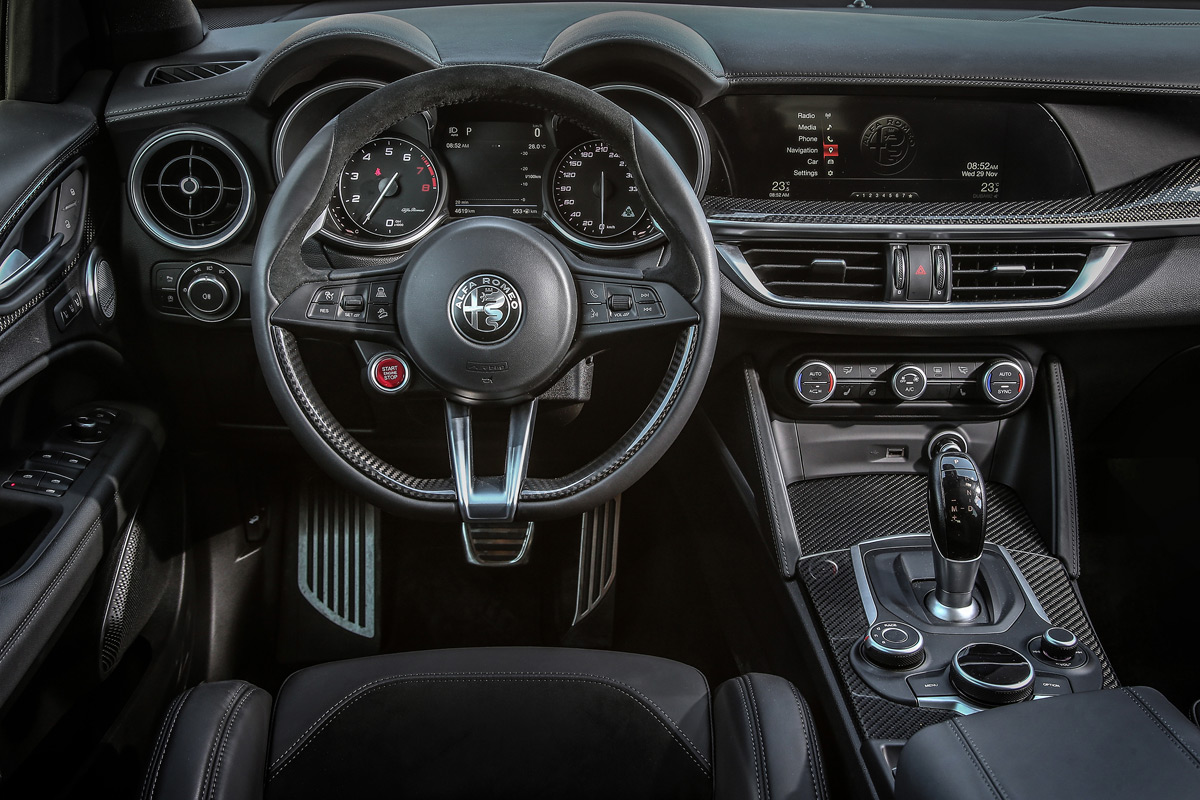 The Stelvio handles very, very well on the street. It corners with a tight confidence, accelerates madly, and has the braking power to really make it a track star. Vehicle dynamics with a rig as large as the Stelvio cannot be wished away, but physics can be used to advantage and the over-large brakes and aggressive brake force the Stelvio exhibits mean that tilting to hit the corner well and easing out to acceleration comes easy once the pedal work is mastered. Fortunately, the Alfa Romeo Stelvio has nicely-designed brake and accelerator pedals and huge column-mounted paddle shifters to deliver control with the performance requested.

As an everyday driver, the 2019 Alfa Romeo Stelvio is a good one. There are quirks and little things that might be annoyances to those used to cushier luxury rides with less European flair to them. The Stelvio is luxurious, sure, but only after it’s a performance vehicle. At Alfa, it’s performance and handling first, luxury next. That’s the way of the Romeo. 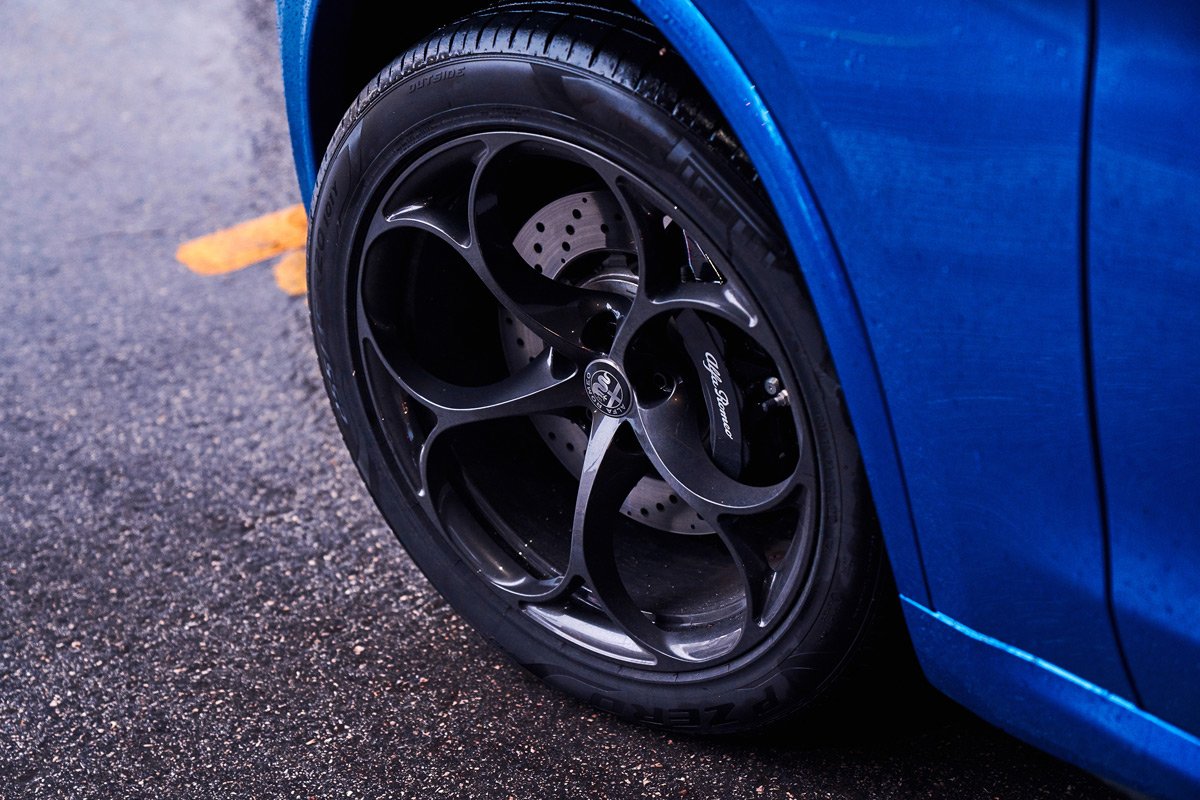 What do you think of the 2019 Alfa Romeo Stelvio Quadrifoglio?

Cadillac’s New V-Series Blackwing Sedans Are Ready For The Track!

Cadillac’s New V-Series Blackwing Sedans Are Ready For The Track!

We Got Down And Dirty With The 2020 Jeep Wrangler Rubicon Unlimited
Review: 2020 Mercedes-AMG GLC 43 SUV
Urgent withdrawal from hard drinking https://lechenie-alko.ru/uslugi-i-tseny/vyvod-iz-zapoya/ in a drug treatment clinic in Moscow.