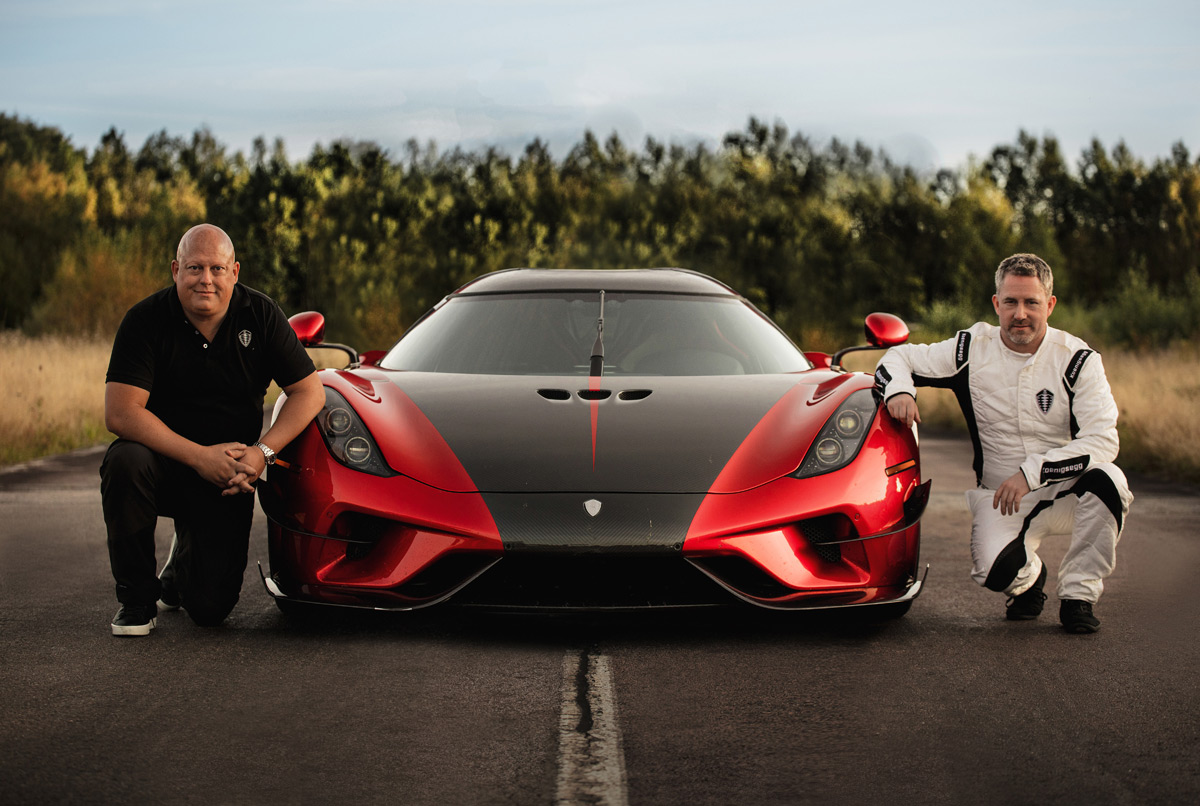 On Monday, September 23rd, a Koenigsegg Regera accelerated from 0 to 400 km/h and back to 0 in 31.49 seconds at Råda airfield close to the town of Lidköping. The car was driven by Koenigsegg factory driver Sonny Persson.

Almost two years ago Koenigsegg set a new 0-400-0 km/h record using a production Agera RS in Nevada. The record was a fantastic 33.29 seconds. This time around the Koenigsegg Regera gets to show what it is made of.

“This was a good opportunity to showcase the true capability of the Regera’s one-of-a-kind Direct Drive transmission. As the Regera only has one gear we had to make use of it from standstill to the record top speed of 403 km/h (or 250 mph) limited by rpm. The car reaches its top speed like there is no tomorrow, but then there are no more gears. This actually suits the philosophy behind the Regera, which is ‘whoever gets to 400 km/h first wins’.

Priority has been given to acceleration and drivability between 0-400 km/h – no more, no less. At any given time, the Regera can and will accelerate harder in that speed range than any other production car known to us.”

It is worthwhile to note that this specific car is a fully homologated production car with its luxurious fittings and seats still intact. The only modifications were a roll cage and a four-point harness for driver safety. The conditions were perfect – sunny with almost no wind. The 2000 m long track was a shutdown military airfield at 70 m elevation. To have enough runway we used a stretch of taxiway as a starting area in order to gain an extra length of around 300 m to make the runway long and safe enough.

As this runway is normally unused and dormant, the surface was not great for traction. Furthermore, it was not possible to drive in a straight line, as some bumps had to be avoided. Low grip level, swerving around bumps and general unevenness naturally takes away from ideal acceleration times. Despite challenging track conditions, the Regera only took 22.87 seconds to accelerate to 400 km/h over 1613.2 m. Deceleration to a controlled stop took just 8.62 seconds over distance of 435.26 m. The total distance used for 0-400-0 km/h was 2048.46 m. In better conditions a total length of under an unbelievable 2000 m should be fully achievable with the Regera.

“What is really impressive is how incredible the Regera brakes – 8.62 seconds from 400 km/h to 0 km/h is just unheard of. It is a testament to the Regera’s balance, suspension, aerodynamics and of course its in-house design and built Koenigsegg brake callipers. The proven numbers now show the greatness of the Regera. Having said that, we know we can improve these already impressive numbers on a track with better conditions.”

Performance data for the run was captured using an AiM EVO5 data logger and AiM GPS08 alongside a Racelogic VBOX 3i. You can watch the footage of this record-setting run below:

Sonny Persson, a long term Koenigsegg factory driver and former three-time Swedish Karting Championship winner, comments, “The record is proof of how the Direct Drive transmission gives the driver seamless power on command. The car is truly a dream to drive. The stability during acceleration and braking is from another world.”