Ford Reveals Performance Numbers For The 2017 Ford GT, And All We Can Say Is DAMN! 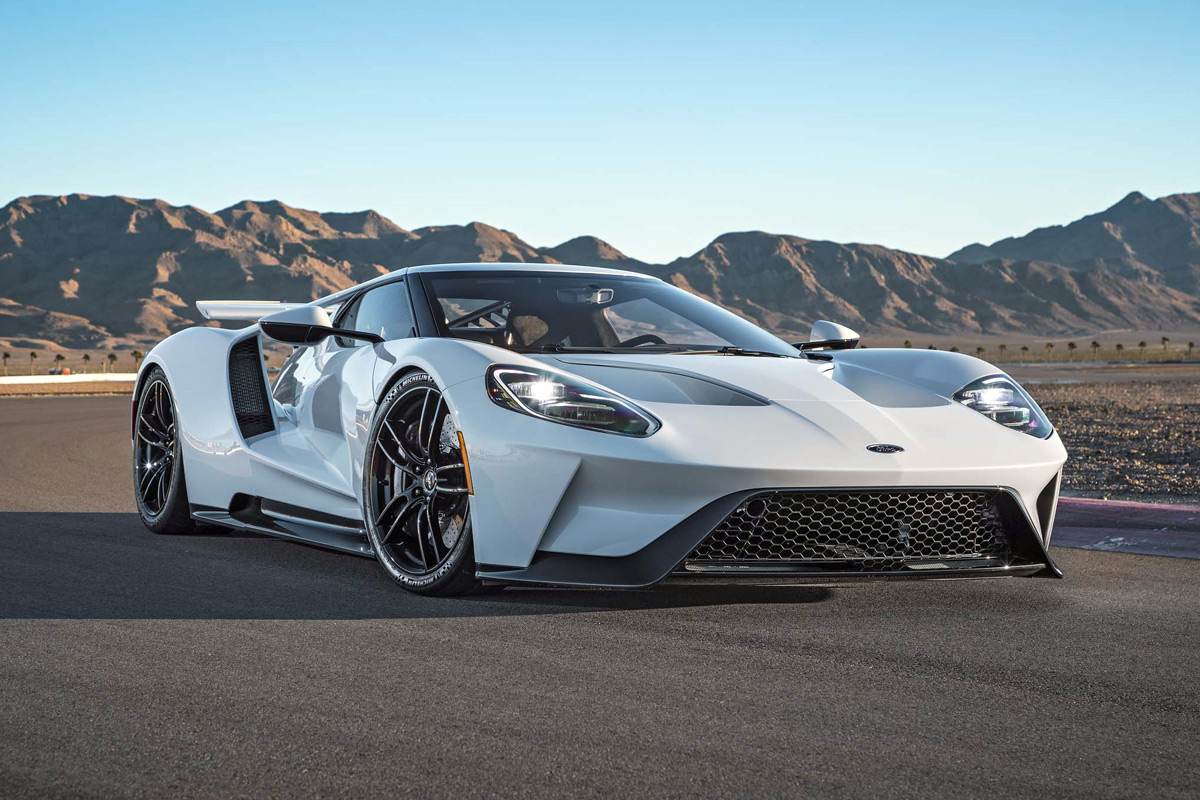 When Ford announced that the 2017 Ford GT would be powered by a 3.5-liter twin-turbocharged EcoBoost V6 rather than a traditional V8, many purists cried foul, concerned that its performance wouldn’t be up to par. But as you can see from these numbers, that couldn’t be further from the truth!

Ford’s new high-output 3.5-liter V6 powerplant produces a whopping 647 horsepower (the most horsepower of any EcoBoost production engine ever) and 550 lb-ft of torque. The engine’s wide powerband produces 90 percent of its peak torque from 3,500 rpm.

The all-new Ford GT couples its extraordinary power with impressive aerodynamic efficiency and advanced active dynamics to achieve a maximum speed of 216 MPH, making it the fastest Ford production vehicle on the track ever. 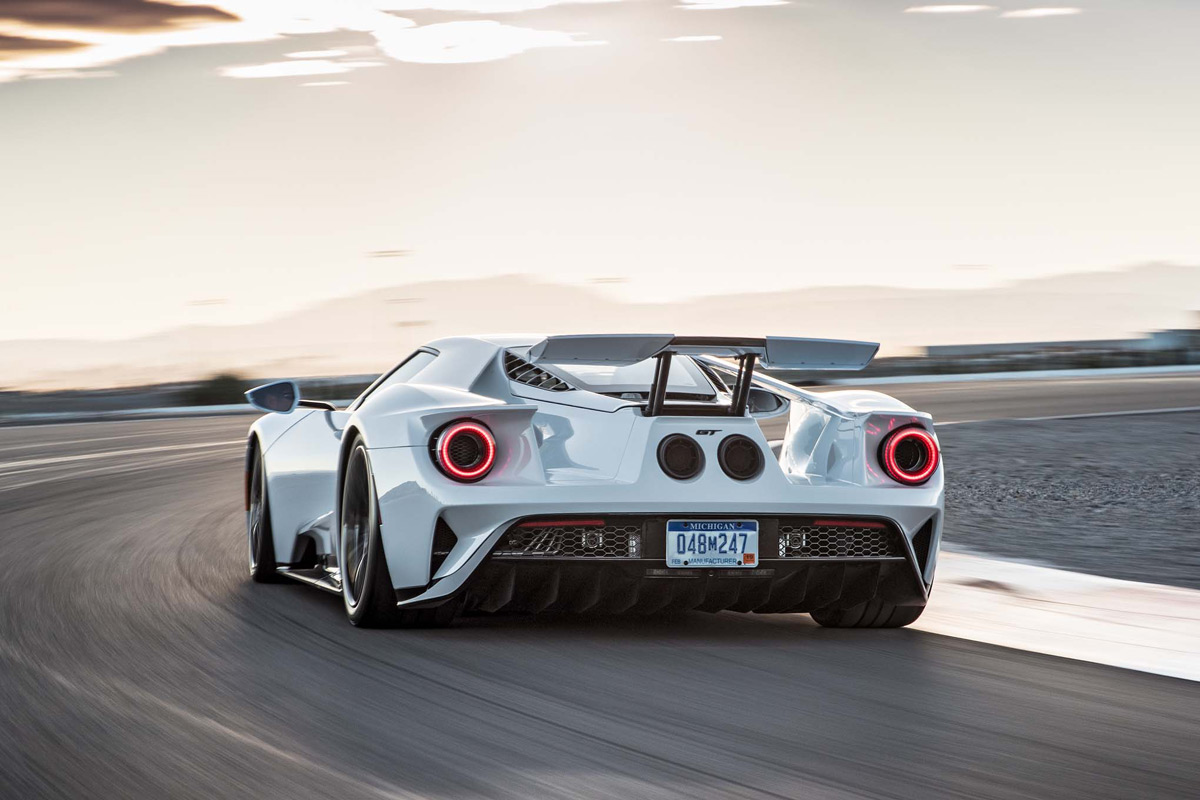 During development testing last year, Ford pitted the GT up against two very worthy competitors, the Ferrari 458 Speciale (597 HP and 398 lb-ft) and McLaren 675LT (666 HP and 516 lb-ft). The Ford GT beat both the McLaren 675LT (2:10.8) and Ferrari (2:12.9), with a time of 2:09.8 at Calabogie Motorsports Park in Canada. Each car was meticulously prepared and raced by the same driver under identical conditions.

“Our expectation has always been that the EcoBoost V6 would perform exceptionally well in the Ford GT – both in terms of power as well as aerodynamic efficiency,” said Dave Pericak, global director, Ford Performance. “We tested and developed this powertrain through the Daytona Prototype race car that ran in IMSA for two seasons, last season racing with Ford GT. We are extremely pleased with how it performs, both on the track and on the road.” 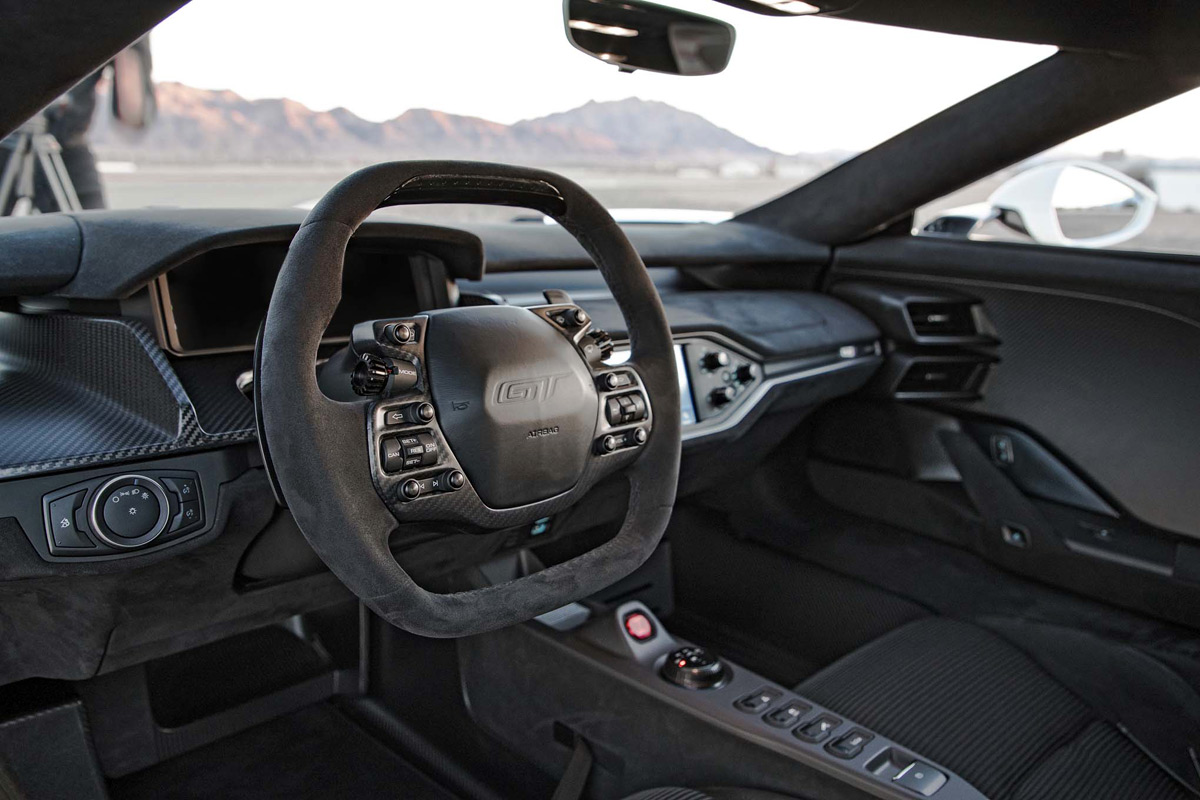 “The Ford GT is all about performance,” explains Raj Nair, Ford executive VP for global product development and chief technical officer. “We achieved considerable weight savings with the carbon fiber architecture. We then reinvested some of that savings into where it counts most – performance, specifically, the active dynamics. The result is an even faster car.”