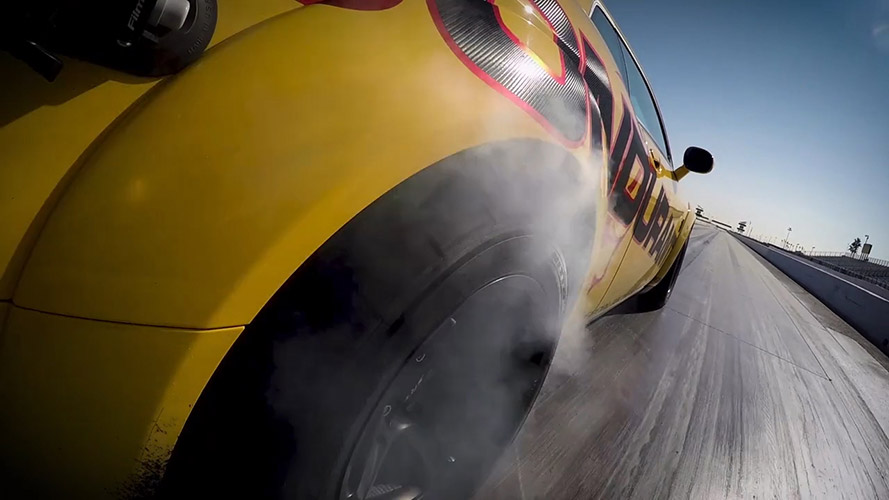 The contest winners will be paired with either Mopar Dodge Top Fuel driver Leah Pritchett or Mopar Dodge Charger Funny Car driver Matt Hagan and be coached for the final competition taking place at Bondurant in the 840-horsepower Dodge Challenger SRT Demon – the industry’s first and only purpose-built, street-legal production drag car and the most powerful muscle car ever.

“These Dodge Challenger SRT Demon simulators provide drivers with incredibly realistic, interactive drag racing experiences as they go head-to-head to see who has the fastest reaction time and quarter-mile time. Honing these skills in the ‘Drag Strip Showdown’ will be excellent practice for working with Leah Pritchett and Matt Hagan before taking the wheel in an actual 840-horsepower Demon on the Bondurant drag racing track,” said Steve Beahm, Head of Passenger Car Brands, FCA North America.

A leaderboard at each event instantly displays competitors’ time and rank after their run. The Dodge Garage digital content hub will also showcase the leaderboard, displaying the top competitors and promoting the competition.

Can’t make it out to one of these events? Fans have another opportunity to attend the Dodge//SRT Bondurant Drag Racing School by entering the “Drag Strip Showdown” sweepstakes component of the promotion at Dodge Garage when the promotion begins July 19. Two additional winners will be randomly selected to receive gift certificates to the school at a date of their choosing.

Racing fans can test their skills in the Dodge Challenger SRT Demon simulators and enter “Drag Strip Showdown” contest at these events:

A contest entrant may participate in multiple races at the same or different events from July 19 to November 11; however, only the fastest elapsed race time will be used as the one contest entry. Online sweepstakes entries are limited to one per day per user name, only during the event days when the simulators are running.