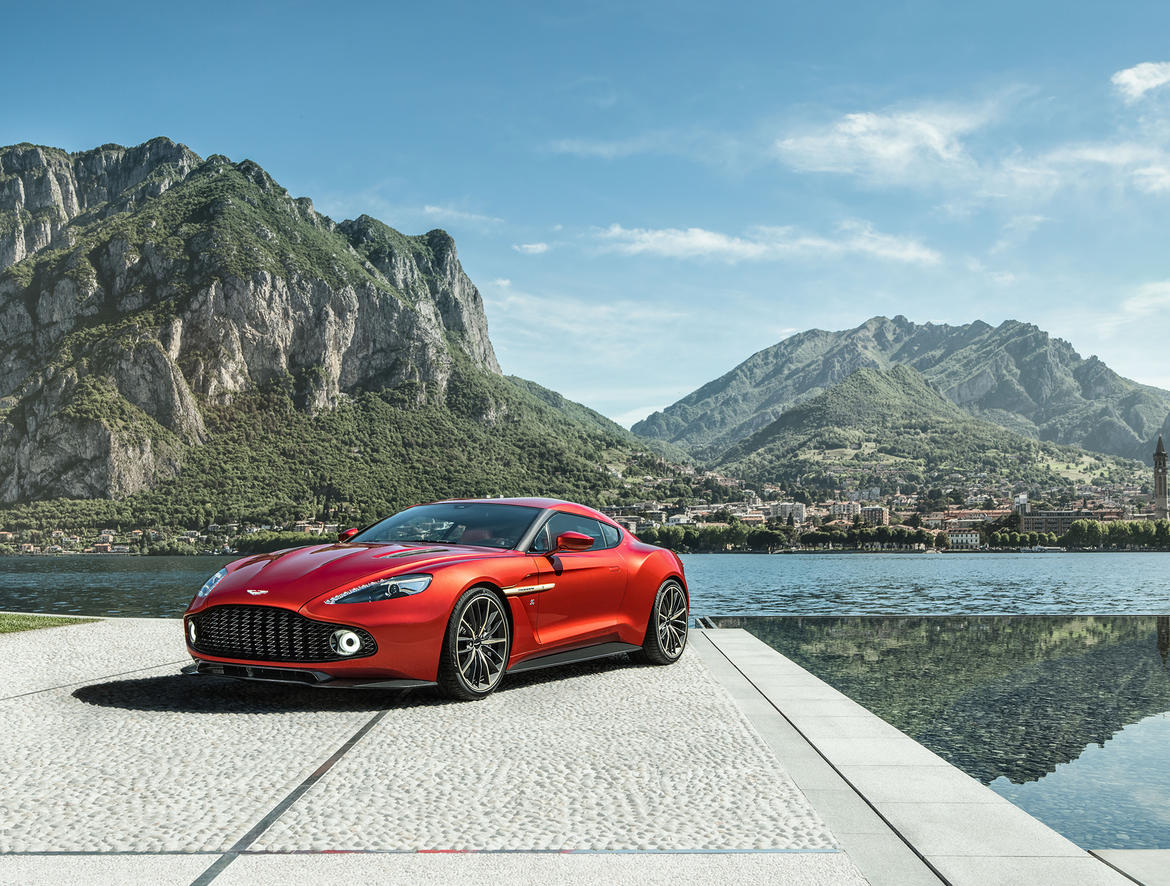 When Aston Martin unveiled the Vanquish Zagato concept car last month at the Concorso d’Eleganza Villa d’Este in Italy, it was love at first sight for most, and well-heeled customers started clamoring for the company to make this concept car a reality.

Since money talks, Aston Martin wasted no time in making the car a reality, announcing yesterday that they will be bringing the Aston Martin Vanquish Zagato to market with a limited-production of 99 vehicles, and that it’ll remain true to the concept shown last month. But if you had plans of buying one, you’re too late, as all of the cars are already spoken for. Wah wah wah! 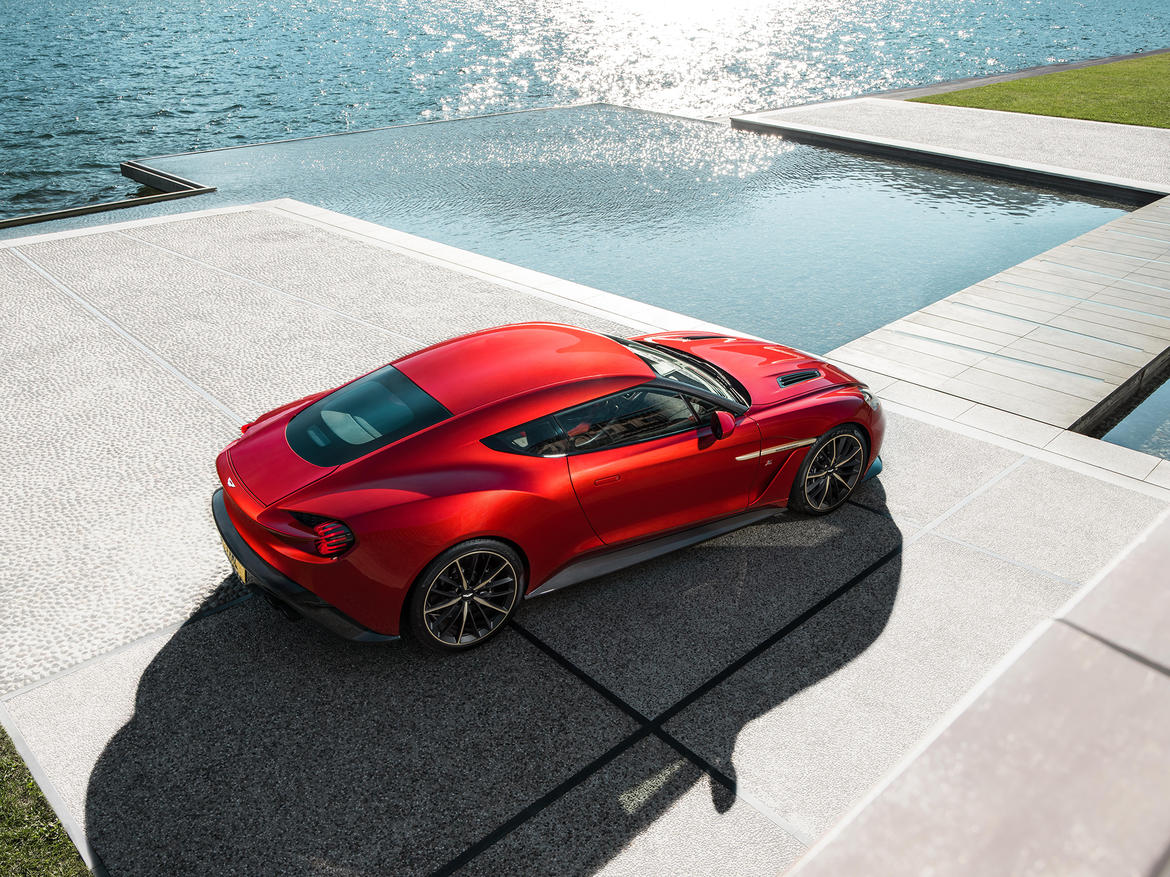 Lets be real though, with a price tag expected to be north of $500,000 (we’re hearing it could go as high as $750,000 given it’s limited production status), it’s unlikely that you were going to get one. My guess, they had a list of loyal Aston Martin customers who were only too eager to pony up the cash to add this crowned jewel to their collection.

The Vanquish Zagato sits on a modified version of the mechanical package of the Vanquish but gets unique carbon-fiber bodywork and a double bubble roof that’s profiled to make it easier to drive while wearing a helmet. The front fenders gain venturi-shaped air channels, and at the back there are bladed taillights similar to those developed for the Aston One-77 megacar, plus a diffuser that accommodates quad exhaust pipes. 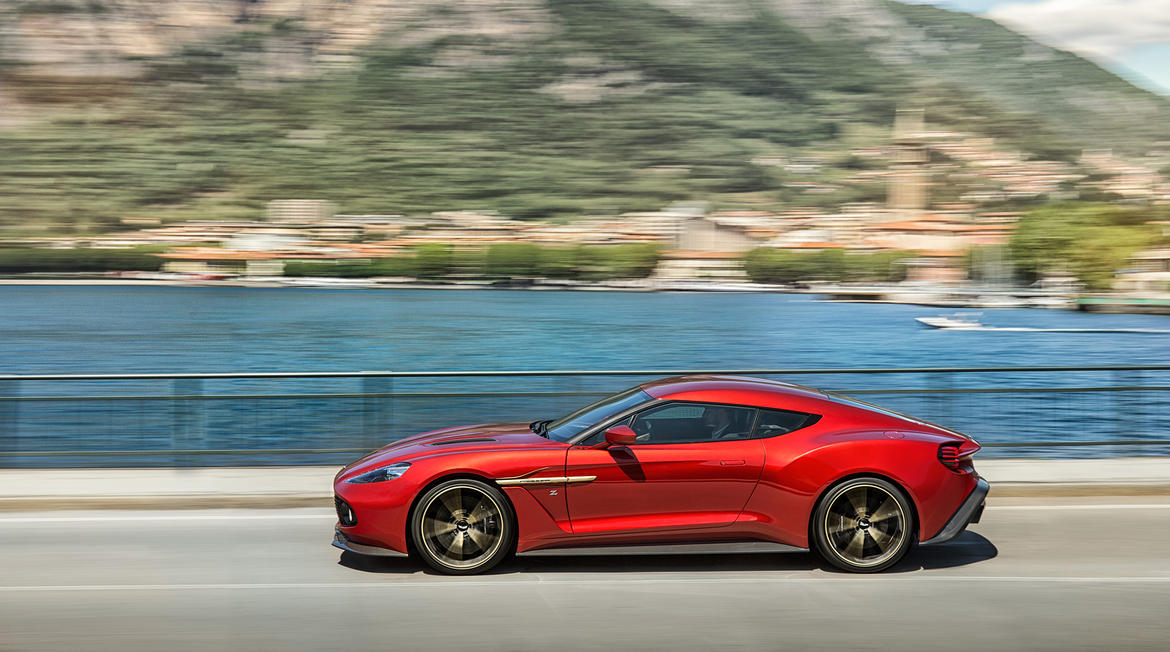 The interior is equally sharp. Carbon fiber appears in a herringbone pattern, alongside a bit of bronze and, if the buyer desires, aniline leather on the vents and rotary dials. Zagato’s Z is emblazoned on the headrests, and a Z pattern is stitched into the seat backs.

Mechanical, things aren’t as radical, with U.S. buyers having to make do with the same 6.0-liter, V-12 engine found in the standard Vanquish, meaning a mere 576HP. The rest of the world gets an engine that has been massaged to produce about 600HP. Aston claims a 0-60-mph time of 3.5 seconds, 1/10th quicker than the regular Vanquish. The chassis settings have also been slightly retuned for a “unique” driving experience, whatever that means..

Deliveries of the Aston Martin Vanquish Zagato are expected to begin in the first quarter of next year.

What do you think of the Aston Martin Vanquish Zagato?