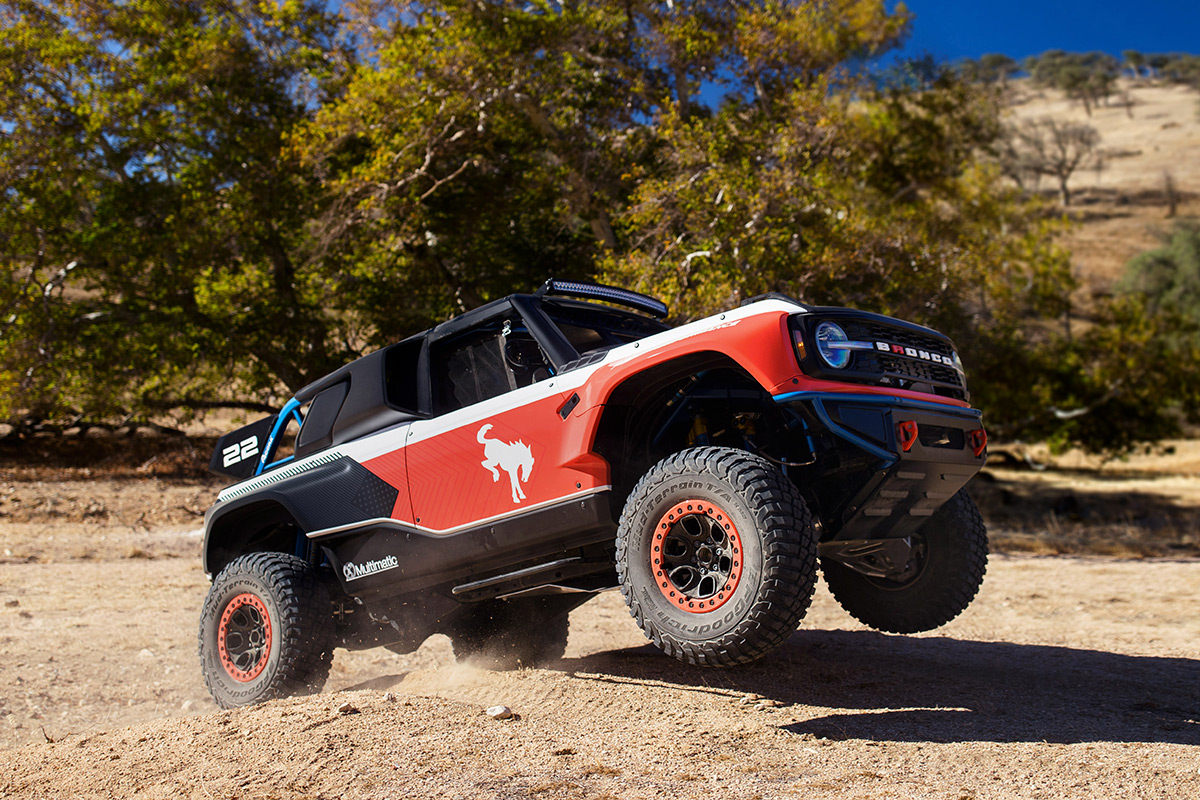 Innovating the off-road landscape for the hardest-core enthusiasts, the Bronco brand is taking its desert racing expertise to a new level with the 2023 Ford Bronco DR – a first-of-its-kind limited-production Baja 1000 desert race SUV based on the Bronco four-door.

While the 2021 Ford Bronco we recently tested proved itself to be more than capable off-road, this Bronco DR is on a whole other level, a turn-key desert racer that hang with the best of them in one of the world’s most punishing races. This is seriously cool!

Purpose-built and turnkey, Bronco DR (Desert Racer) is intended for off-road use only. It builds upon the already impressive capability of the production Bronco, bolstering that with a third-generation Ford Coyote 5.0-liter V8 engine that aims to generate more than 400 hp, Multimatic Positional Selective DSSV Dampers and Multimatic safety cage, plus a host of other racing hardware upgrades. 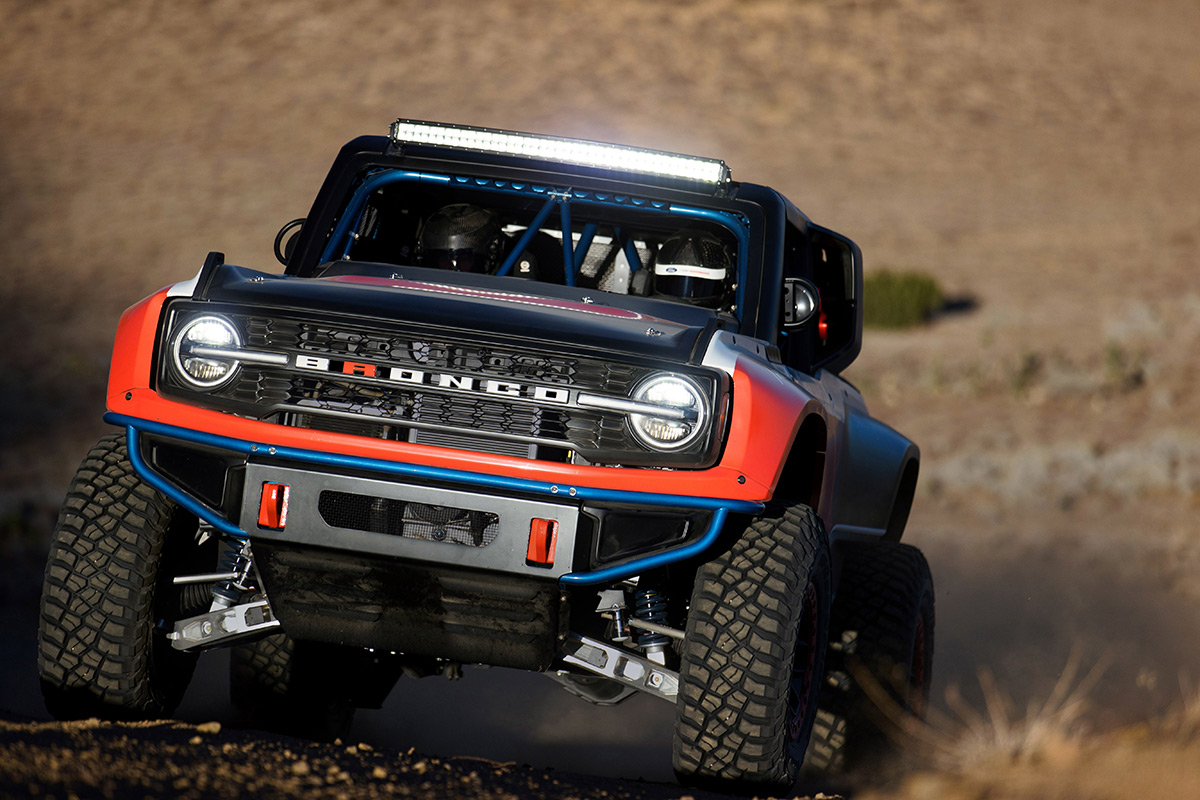 “Bronco DR is our ultimate turnkey off-road racing SUV, engineered to put enthusiasts behind the wheel of a desert racing force,” said Mark Rushbrook, Ford Performance Motorsports global director. “This collaboration between Ford Performance and Multimatic continues the Bronco desert racing legacy that dates back to Rod Hall and Larry Minor’s never-repeated overall Baja 1000 win in a stock Bronco in 1969.”

The Bronco DR prototype will make its race debut in 2022 and is targeting entry in the 2022 SCORE Baja 1000, wearing Ford Performance red, white, black and blue livery to honor their historic Baja 1000 victory. Ford will have an initial run of 50 vehicles available for sale in late 2022, with a starting price in the mid-$200,000 range. 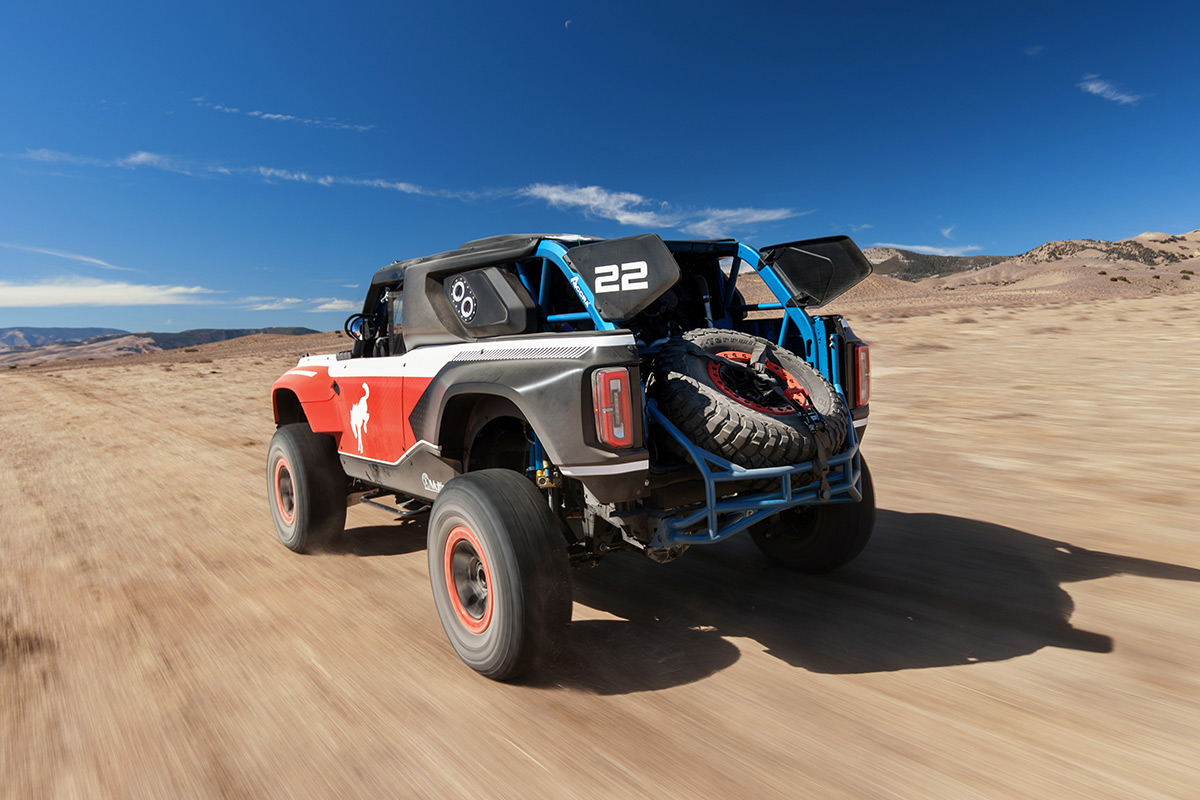 With Bronco brand’s Built Wild capability and durability at its core, the Ford Performance team designed and engineered every facet of the Bronco DR to help endure multiple days of torture over grueling terrain in the high temperatures of the SCORE Baja 1000 in Baja California, Mexico. 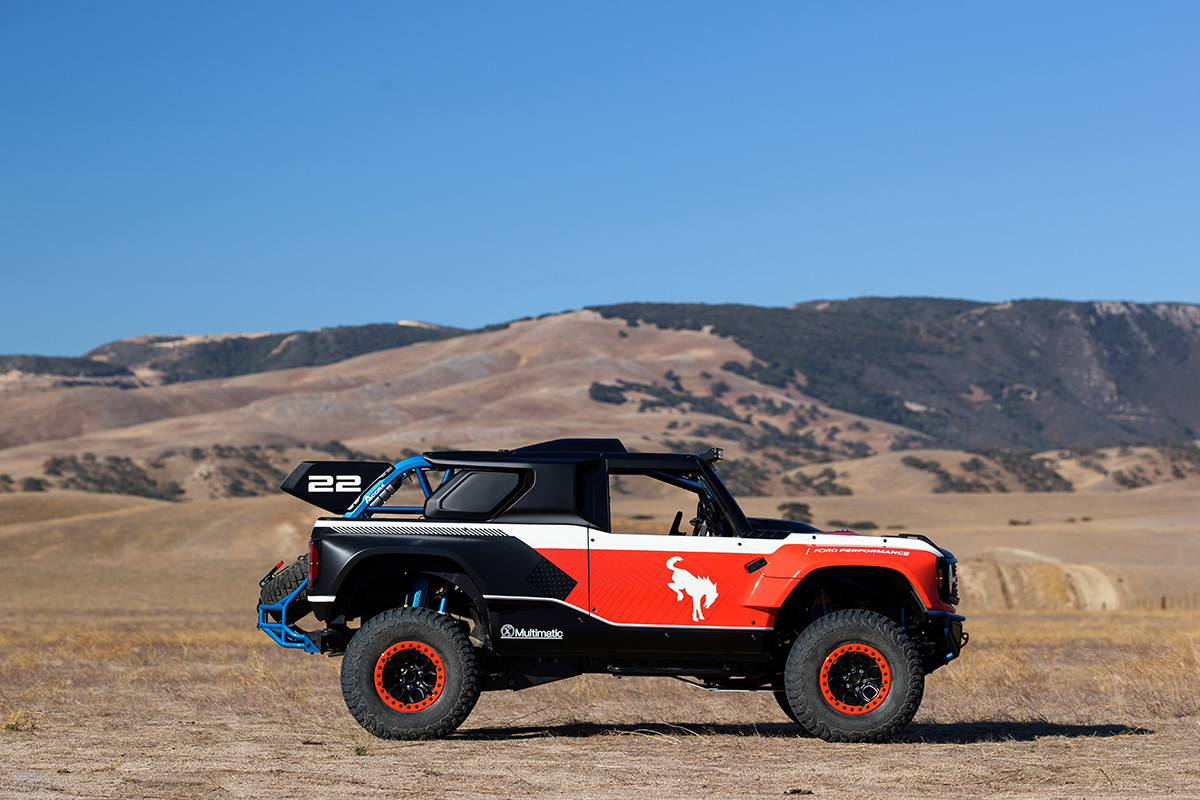 The vehicle – with a race weight of about 6,200 pounds – features an approach angle of 47 degrees, departure angle of 37 degrees and breakover angle of 33 degrees to give it the capability to take on the nastiest routes. A 73.7-inch front track and 73.3-inch rear track provide firm footing. 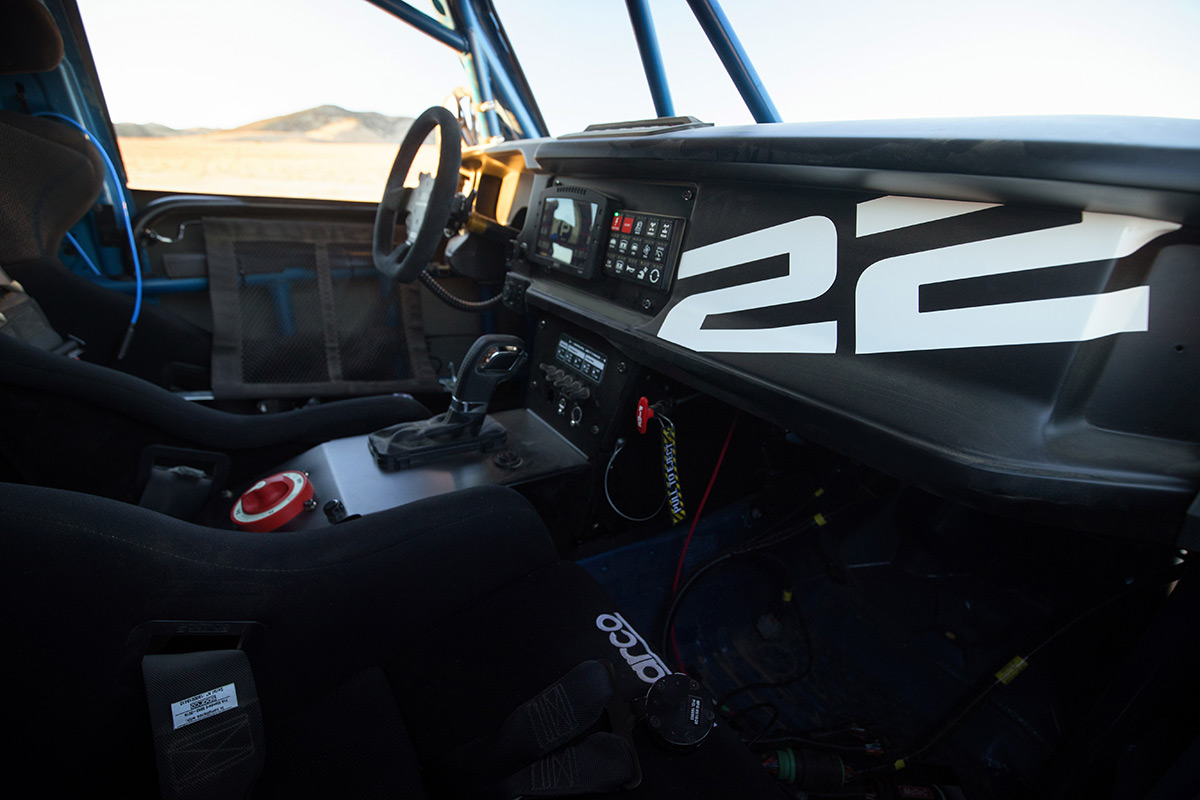 Bronco DR is fit with the tested and proven 10R80 transmission and electric shift on the fly transfer case from the Built Ford Tough F-150. Torque is transmitted via independent electronically locking front and rear differential with 4.70:1 final drive ratios. Front half-shafts are unique RCV designs to ensure robustness for added torque capacity and suspension travel.

Large air intakes on the upper sides and another on the roof provide additional cooling air to the rear-mounted radiator. A 65-gallon fuel tank rides below the cargo area. Bronco DR carries over the four-wheel disc brakes from the production Bronco and adds upgraded pads, while the electric power-assisted steering system with upgraded inner tie rod joints makes for increased articulation. 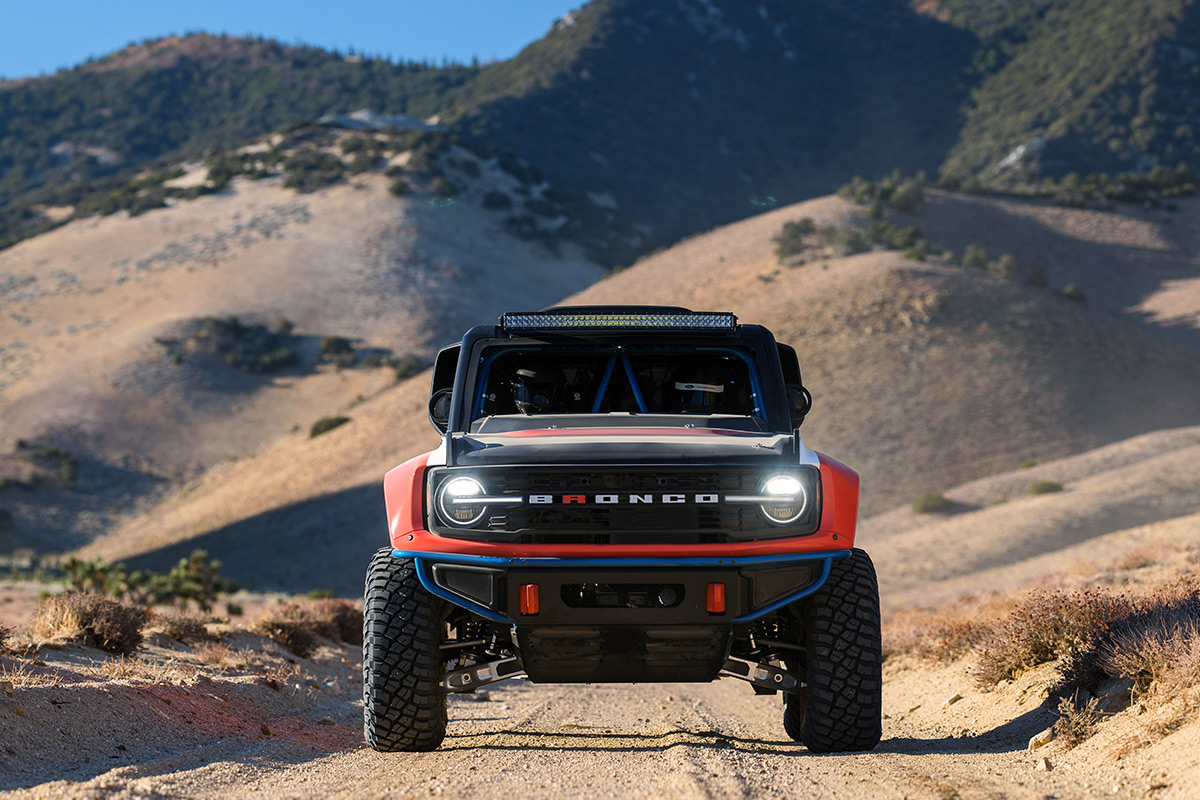 More than a muscular fiberglass race body that builds on the heritage-inspired style of the sixth-generation Bronco, the first-ever Bronco DR helps to ensure maximum off-road performance while nodding to the brand’s rich competition history.

“It’s not just a Bronco with some stripes on it,” said Paul Wraith, Bronco chief designer. “We were inspired by extreme rally cars, and then went all in. For this skunk works project, the Bronco team quickly found a theme and developed CAD with heavy use of virtual tools. This is an off-road racing vehicle built out of a production vehicle. We’re so happy to have been involved.” 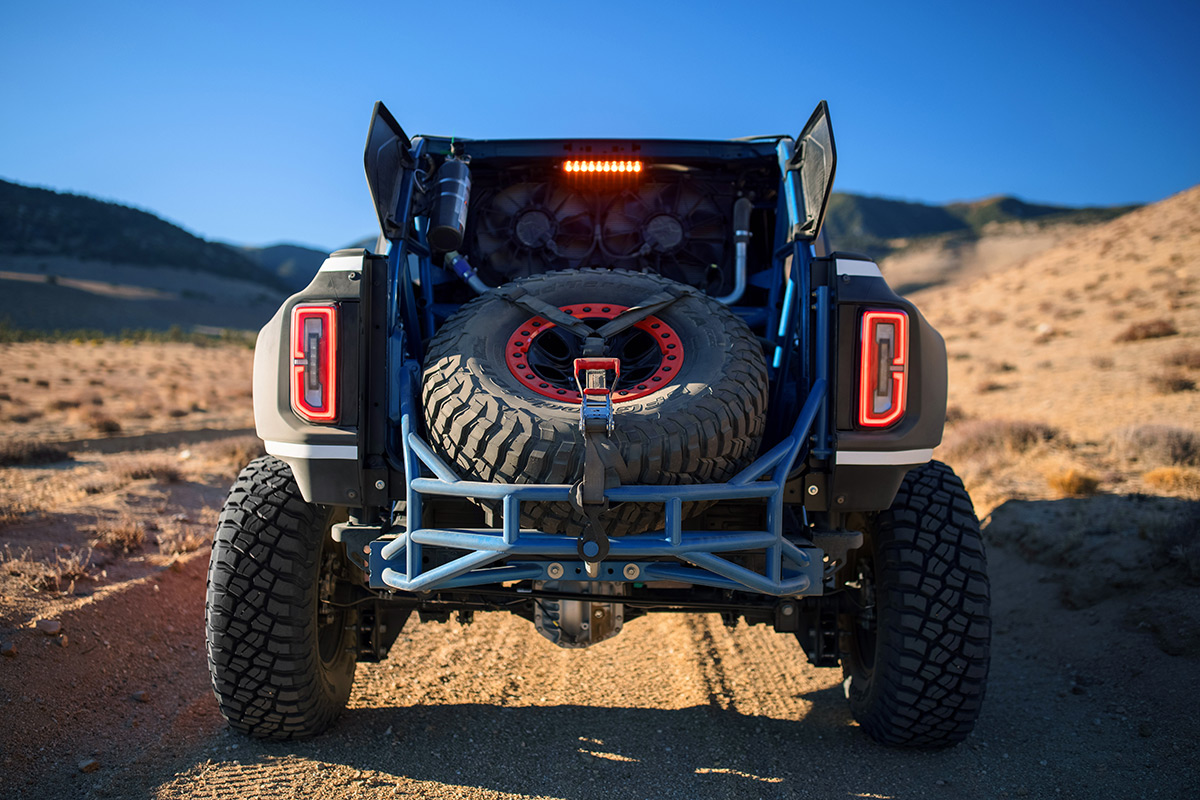 Behind the resin transfer molded (RTM) fiberglass body panels, the Bronco DR retains the four-door model’s frame and body structure. For desert racing optimization and weight saving, the air conditioning system, other interior amenities and all glass have been removed. The side panels, which take the place of standard doors, are influenced by Bronco R. The tubular metal front bumper, as well as a host of other features, draws a connection with the current production model. Bronco DR wears a single-piece grille, production round headlamps, taillamps and trail sights. 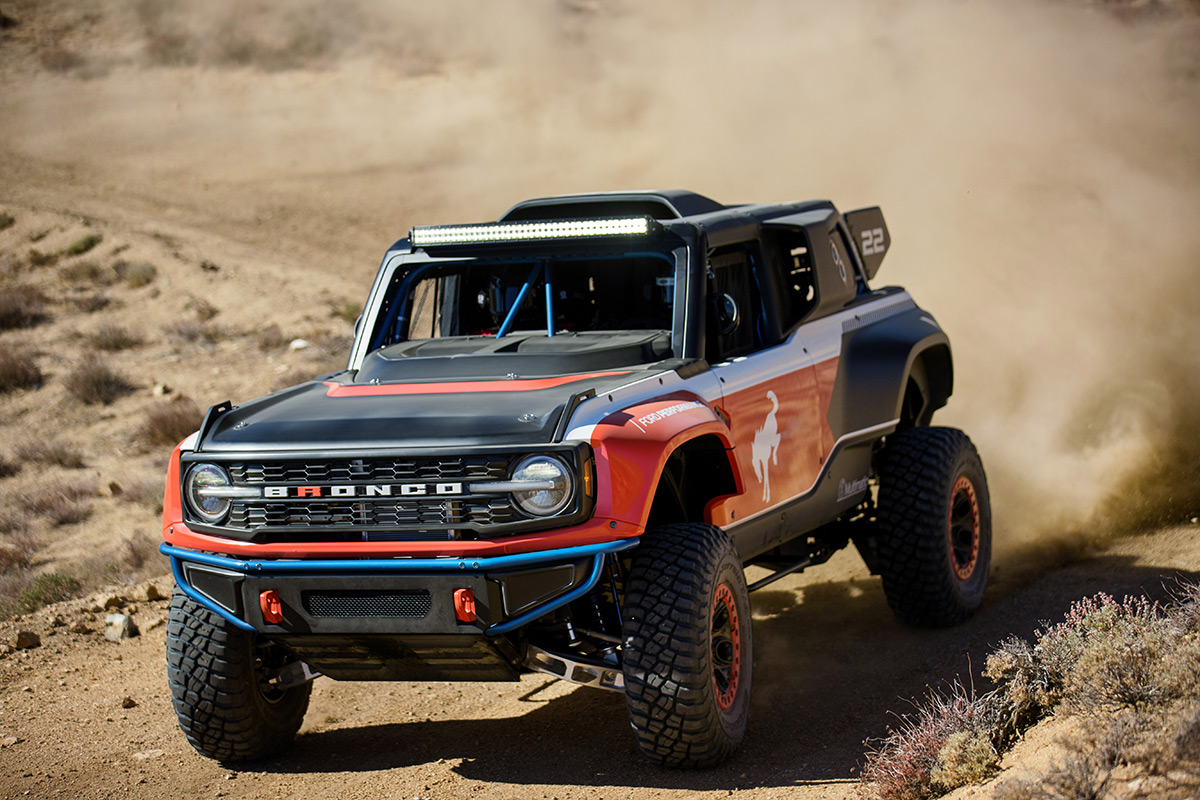 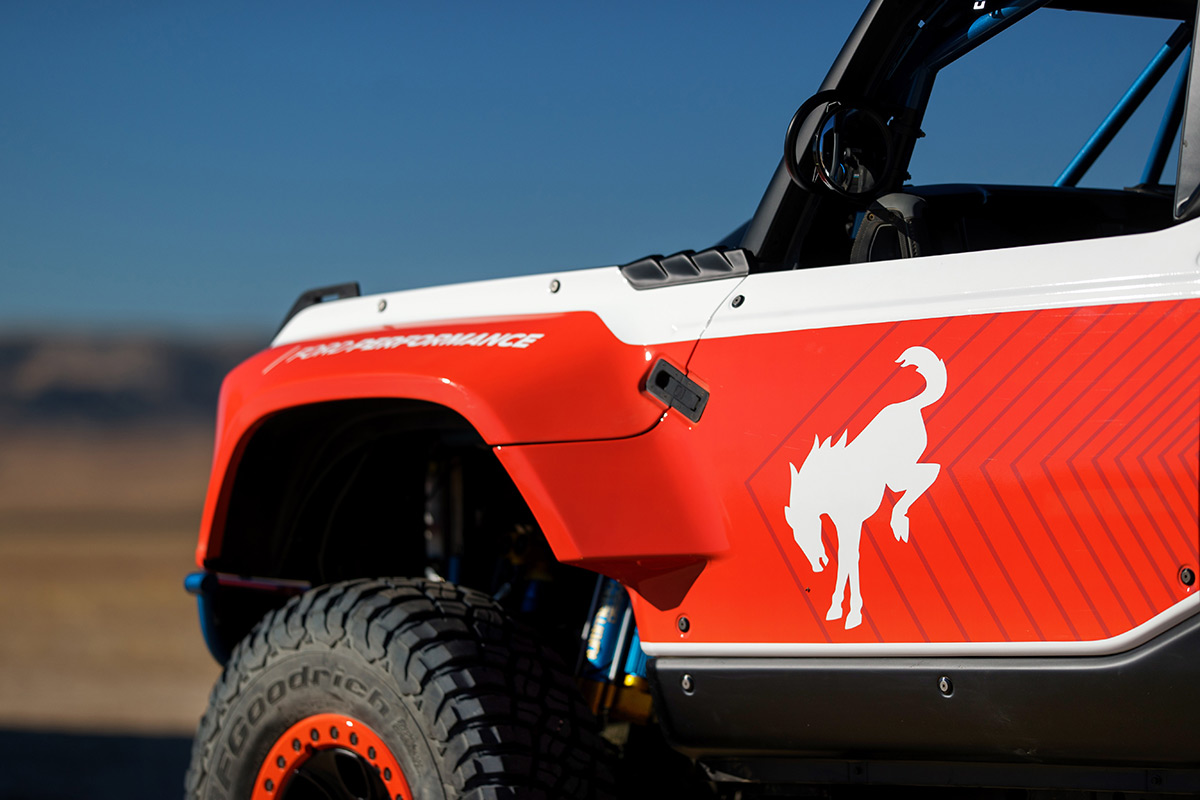 Whereas the purpose of Bronco R was to prove out the 2021 Bronco powertrain, chassis and suspension design, Bronco DR arrives with a completely different mission – offering a turnkey racing solution for serious off-road competitors. Its entire purpose is to compete in world-class off-road competitions.

“This is a ground-up build, which is a bit unique in itself,” said Rushbrook. “At the heart of what we did here was capture the enthusiasm surrounding Bronco, and then build on it by creating a desert racer that is competition-ready coming out of the factory – something Ford has never done before.” 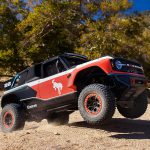 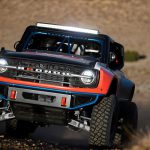 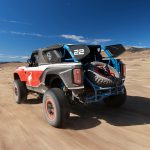 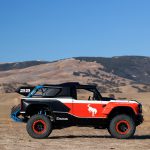 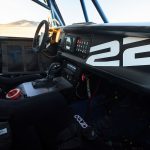 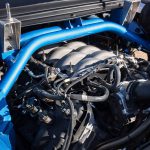 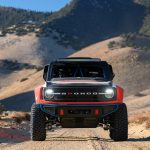 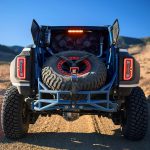 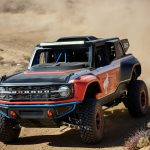 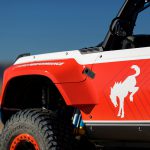 What do you think of the Ford Bronco DR?